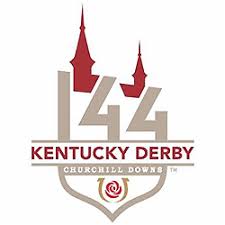 Kentucky bluegrass, Sun dressy mad-hatter she bleu-bloods, and man’s game he sized bourbon; all hosting the first weekend in May down at “...my old Kentucky home.“

Derby fans rejoice, as unlike last year, it looks to this humble scribe like we have some real live talent set to run for the roses a run this Saturday afternoon at just before 7pm. And the ponies are none too shabby looking this year— either. Now mix in the Mexican Holiday of Cinco De Mayo and sí mis amigos, we’ve got about five or so legitimate Derby contenders this year. And at least two of ’em might have a little something something to Triple Crown, say. Nevertheless, you want to know who will Win (or Place, or Show); right? Read on to, find… out!

Right now I am serially left wondering if the authentically best race-horse in this years Derby has already endured the Belmont ‘esque longest trip? As 11,824 km is quite the trip in order to get to Churchill Downs, Kentucky, America, and North America in general. As the more than token huge money Arab’/Dubai entrant in this year’s Derby may very damn well be for real. Cue one Mendelssohn who has been breaking Mid-East track records left-n-right.

Yes, it is true, both Audible and Justify may indeed want a word, an oat, and they may have a carrot to pick with all of that. Though “hey”, you now begin to see what I mean when I say there is some real live thoroughbred gunning type talent at the top of this year’s 3-year old field. And that does not even include late running Good Magic, who has spoiler written all over him in a field that is Blessed with speed and yet lacks, closers. Mutually the Belmont bread Bravazo who seems to have an extra drop-tank for distancing on board as well.

Not to mention the all-around sound as can be: Bolt d’Oro; the improving My Boy Jack, or the sleeper pick of Flameaway. 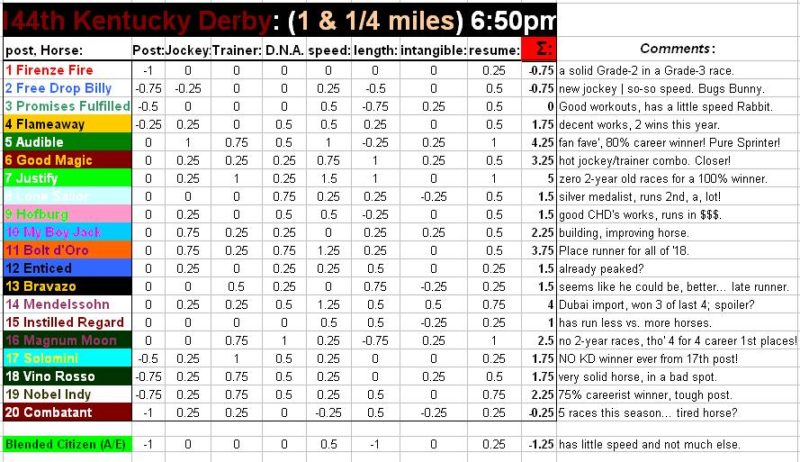 My real call is that we are in for one a whale of a horse race. Be that a pure, raw fast-twitch sprinting match between two to four of the more elite runners here. Or be that one of the closers runs one of these pure bred runners down from behind, late.

Accordingly, I’m also on the prowl for a under on a margin of victory prop; as this one could end in the now electronically monitored proverbial photo-finish indeed.

Toss up between these two ***** five star recruits; however, a mild reach pick on a late runner here may prove to be right on time. 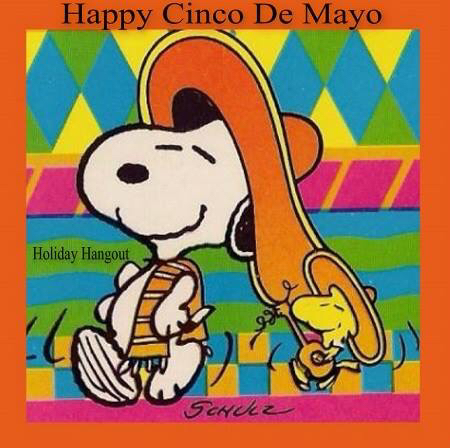