The Hokies SUCK! They could go put in work for Shop-Vac, or Electrolux or Hoover or your local street-corner pro’. And yet here is the kicker… it ain’t over girlfriends… not even close. To restore the now highly sage-looking University of North Carolina preview closer… we are now officially entering Coach Winnie Churchill’s realm of: “…the beginning of the end” itself. And what an endHer it is shaping up to be! As you know hoo is gonna like the look of puttin’ in work on you know Fu’!

And in the worst-case?

You can, land on the Fu’tball just under the short-ribs and “snap” the bottom one of the same. Eye’ve seen this a time or three in my Game of Life career.

Po’ Fu’… if not for horrific luck he’d have NO luck at all. Seriously, his
Hokiebird ain’t snakebit, it is snake, ATE.

Game Duration off/on:
Fiddy-personnel on D… from a dLine that is more like a quart-short of a forty-tree?

Well, it is a new wrinkle… Eye guess it’s worth a series, or two… as we just don’t have the warhorses to pony-up here, and got unmanned a few times fo’ it to boot.

4Q 11:33 remaining:
The screen (switcharoo) action beneath this is is kool-modine… kinda a ‘stalker’ version of screening itself.

Although what old-schoolers call a: “pea-hole” block attempt would be laughable…

…as the Will-side De of BeeCee gets fiscally to 3rd base on Tenuta in… arrears?!?

As Brockworst, for all his leaky thermostat meltdown moments?

“Can drink from my canteen any day.”
—Lt.Col. Bill Kilgore

As he was already playing with a substantial amount of athletic tape on the outside of his shoe… and then he gets accidentally rolled totally defenselessly up from behind on the odd-side screen-pass-play by the filling BeeCee De in outside-in pursuit.

All Eye can say is this looked much worse on tape than it did in real-time.
St.Culbreth bless and intercede.

Sybian your homeboy honey! He needs a lift.
A pick-me-up… as it ain’t no fun seeing anyone *that* trodden or kicked.

…that said… they must not trust Ft.Knox with the keys to the Hokiemobile, car; rights? 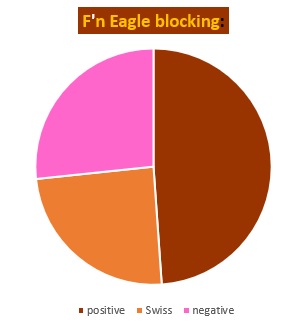 Blocking Vice Squadron:
…pretty good, all things dinged-up then dented-out considered. I mean our C2 could be our G2, and now he’s our C1. Our seals/edging was pretty decent as our Wr’s Coach can out-blocking-coach your Wr’s coach. By… (ja)Far… and it’s not even close. Ditto Gallo and double-Ds at Te. Run-shapes were pretty Duck Pond shipshape… to be so incredibly predictably… redundant. Think about that… and we keep the passing-cup of the less than athletic Ft.Knox from leaking much of anything.

That obviousness bears repeating… we moved the LOS (line-of-scrimmage) northward, or just enough and opened-up holes E-W, or just enough… to get our Top-3 ground-gainers up above a 5.o ypc average. To be that playbook censored is not bad work if you can get it.

The kicker however is thus… the one who did not average very much at all in ypc (i.e., his arithmetic mean=3′), is our Qb3, now gone Qb1.

Then, to compound fracture to the brain all of ^dat^ all the mo’? Blocking recorded a disparate amount of its ‘negative’ grades beginning with the end of the 3Q.

Or, in other words… they let up and started to lay… down.

TTT Analysis:
…Time To Throw nearly missed this one… as it sure looks like a sister kisser or: “…let’s call it a, draw.” (Might even look like extra-innings now that Eye thinks about it as well…)

However, BeeCee was not feeling very Qb1 run-fit handy; and was obviously wrist-averse to risking the same, n’est-ce pas? As po’ Phil’s airwaves were wavy enough at times, and if his wrist-hand is still that chippy aerially, why ground-game him into even mo’ (potential) contact just the same?

VeeTee on the other foot was/is Qb(3)-nearly-crippled. As poor Ft.Knox was unlocked when having to move and we were seriously fortunate that BeeCee did not Goldfinger us and go Pussy Galore here.

Granted… some Knolls are grasser than, others… 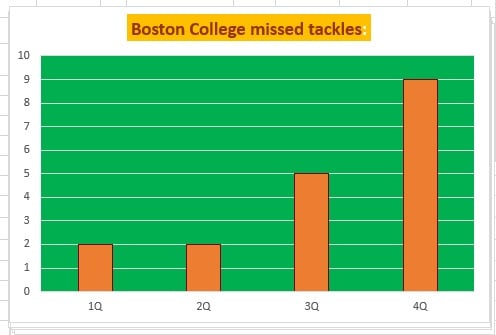 …as in, the Fu’fense sure needs BAX’s Pirelli’s to bail their azz out when their cheeks blow up and wanna whistle “Dixie”.

As we were okay here in terms of remaining on schedule in terms of chasing the chain-gang on down-n-distance situational Fu’tball. Right up until we, weren’t.

As those round things you saw rolling down Chestnut Hill were the wheels on the O&M little red wagon of the Fu’fense itself. As po’ Ft.Knox is not much for sandlot mad-lib make something happen (his ownself) outta nothing football. BAX has really kept several of these games closer than they had any R.A.T.T. right to be. 3-cheers @he for doing the same.

On the other side, BeeCee did okay for having their Tb1 roll his ankle in the 1st-half. Tho’ they really took 3Q control with two altogether proper elongated drives that were Aesop (well) Fabled. As their Rb2 tortoise beat everyone by just a, hare.

Tackling Analysis:
Prior to intermission, halting was pretty dang fair-to-middling for O&M eggs and j.Ham.
Actually, even pacing a bit above average to flirting with being outright pretty dang good.

And frankly, that is not a signature so much of a team holding on,
as it is a talisman of a team: “letting go”.

And one of those let BeeCee go casa for 6!

🏈 👁️.Q. Award Winner:
…Jimmy Sexton! Fu’s Tom Higgins. (…as the whispers are that negotiations are not going perfectly well) …

As there is hardball to be played here, and hard-feelings ain’t helping.
(not one-iota (1ι)).

xxx‘s & ooo‘s:
Not many here… as in not many in-game Stratego pieces left on the O&M, board.

And All the Right Moves Phil.Jurk’ went: “Duck Season” and threw quack-attacks all over…

As I’ma being straight where when I tells you… BeeCee ran 16-mo’-plays than we did and took up virtually 93.22% of a full quarter of TOP (time of possession) on us and we suffered threw a 100% Butterfingers effort on coughing the ball up twice and never once recovering the same!

As Fu’ and Coaching Co. punt, or pout, or, put this nearly unwinnable game in the oven and went Shrinky-Dink on the same.

“Aye”, girlfriends, size does matter and they were magnificent in going Coach Bobbitt(s) and chopping the game clock down to size, here!

As in… BeeCee very well coulda, and some might have me
authour: “shoulda” beat our azz, here❗️

…honestly, does NOT favor Coach Next being bling-bling savvy @VeeTee!
(Per Chris Coleman…)

“Notice that the top vote-getters failed or retired, and some of the guys at the bottom of the list went on to be very successful. Finding the right guy certainly isn’t easy.”

…so, don’t even start your dumbass S about Coach Next winning 10 next year b.street!
…as you can see, the odds on this are about ≅23.o7%.

…or rather, the odds are actually quite favorable that Whit makes another
disfavorable O&M, Fu’tball, hire❗️ 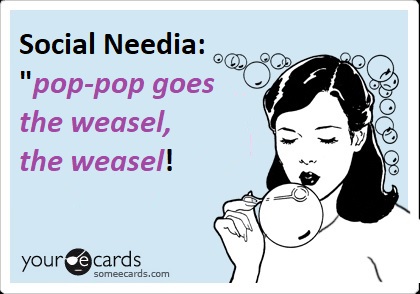 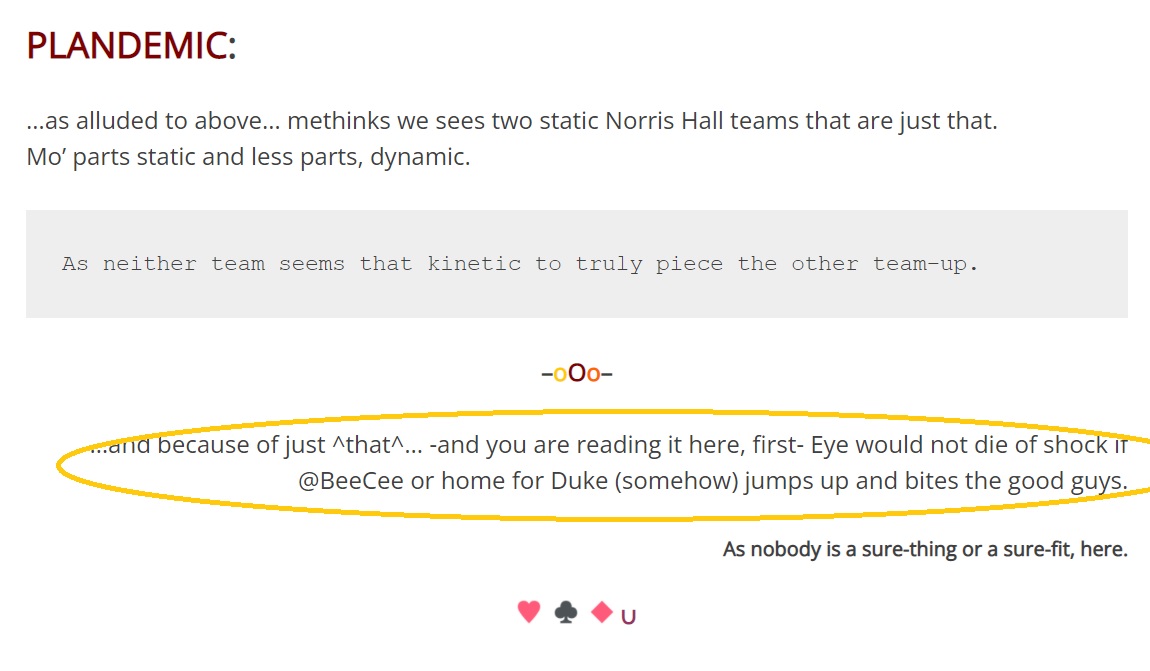 Then Eye saw this #GirlPower 1o1 blast right in the junk!!!

Since the @O.D.U. total meltdown on the sideline, in the locker room, and on the bus home…

So, am Eye the only one seeing the O&M Roy G. Biv pattern, here?

Why? Why firebugs? Why is it always something or someone who you could Terminate @Will???
Eye mean just how sure are you guys reputationally on that one? Being medical and/or Athletic Training graduates and certificate holders in your own, right(s); right?

You must certainly and certifiably know mo’, right?

Doctrinarian 1o1… and oh wait, and JIC you… don’t?
Eye wonder what it might be?

…hmmmmmm, well, Eye wonder if it could be the Med.Staff that is gettin’, played?

…what if they have player “developed” an
opt-out, ‘tude???

…this is what it looks like when a team begins to go Shamu and SeaWorld, tank!

This is ALL with the game still well within (theoretical) reach 1.5 play contest mind yah… then it got worse— as 2nd-half tackling and hitting in particular really spit the bit, dropped the soap, and let go the rope.

Or, in other words, which two patterns did you men detect here?

Do you see what I mean gentlemen?

’cause what I mean is… if this just happened from the incoming 5th best in penalties in all the land squad, where does this 4Q 0:00 remaining end pur last years brawl when the chips get big-n-you-know-hoo, blue? 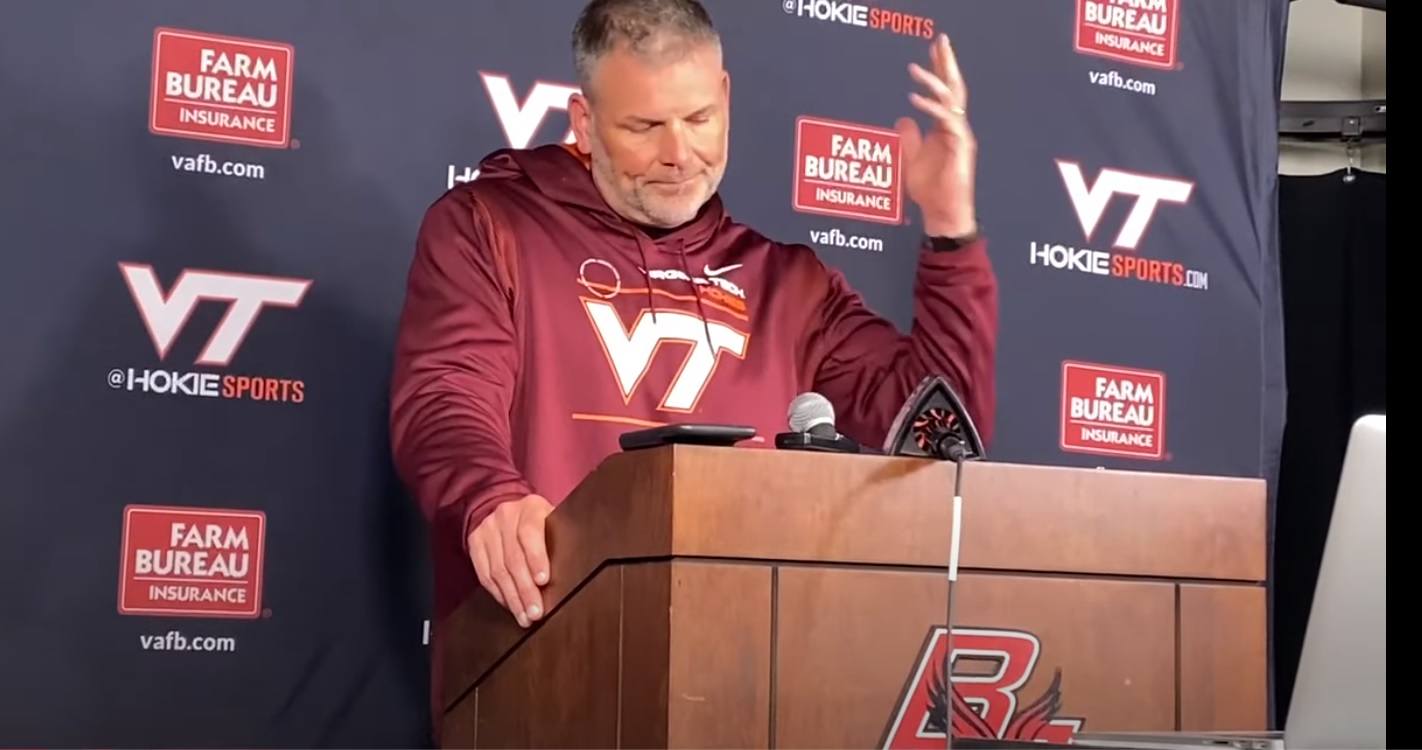 He don’t need no (Duck Pond) water let the…

Because as we all know… to present a problem and fail to marry it to a solution?
Is to do no better than to… complain. Rights?

So, how ’bout having some…

Or, just someone to knock Fu’ right into a practice-field rain puddle…

Which no matter what the New River Valley weather forecast Technically says:
…we say something like this must be made: “available“. 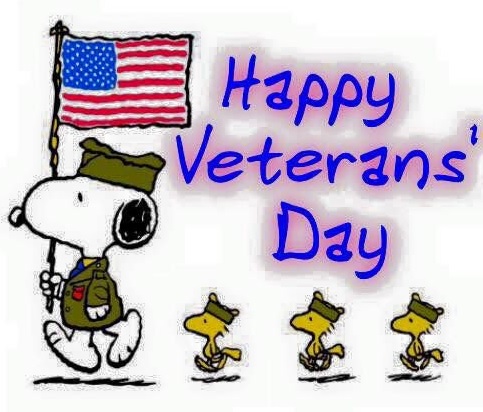