Virginia Tech men’s basketball returns to the court Sunday at half past 8 pm on ESPN2/ESPN3 for the championship game of the 2018 Charleston Classic— after not meeting anyone in St.Louie this early post-season time about.

The Hokies just smashed a likely C.a.a. eventual champion Northeastern by a whopping 88-60 routing of a final margin before lunch was served here in the People’s Republick of the 3o4. For our VicTory, we now draw 4 up and 0 down and for the whole shebang and no.22 nationally ranked Purdue. This is a pretty fair to middling early-season out-of-conference (OOC) contest for the surprisingly and pleasantly sprite Charleston Classic. As two nationally ranked teams have to be precisely what the Charleston matchmaking suits were after all along; so kudos to them and their prescient sense of bracketology. Nevertheless, you wanna know who will win the Charleston Classic championship? Read on, to find… out!

The peep Matt Painter was born in Muncie, Indiana, where he attended Delta High School. He attended Purdue University as an undergraduate. He played four seasons as a Boilermakers Pt.Guard under head coach legendary Gene Keady and assistants Bruce Weber, and Steve Lavin. Matty helped lead the Boilermakers to three NCAA Tournaments and one N.I.T. appearance. He was teammates with Jimmy Oliver, Steve Scheffler and Glenn “big dog” Robinson. He started 50 of the 109 games in which he appeared and helped his team to a 75-45 overall record. In his senior season, he was selected as a team captain and was named an all-Big Ten Honorable Mention. Painter finished his career averaging 4.5 point-per-game and totaling 276 assists.

After graduation from Purdue in 1993, Painter moved on to coaching basketball. His first year as a coach was an assistant coach position at Washington & Jefferson College. With his help, the team finished the season with a 22–3 record and a quarterfinal appearance in the NCAA Division III tournament. During this time, he worked as a forklift operator to supplement his income. The next season, he became an assistant coach at Barton College. Painter then moved to Division-1 as an assistant coach at Eastern Illinois where he also received his master’s degree. After three years at Eastern Illinois, he moved to Southern Illinois in 1998 as an assistant to head coach Bruce Weber. Painter was previously acquainted with him while Weber was an assistant coach at Purdue during Painter’s playing days. Weber and Painter quickly turned a team that had a losing record the previous season into a successful team. Painter helped lead the Salukis to the NIT in 2000 and twice to the NCAA Tournament the following seasons while an assistant coach. In the 2001–02 season, they qualified for the NCAA Tournament and ended their season in the Sweet Sixteen with a loss to UConn. In 2003, Weber’s and Painter’s Salukis were featured on MTV’s special True Life: I Am a College Baller.

In 2004, Painter was recruited by Purdue as the replacement for retiring head coach Keady. He signed a six-year contract as the new Purdue Boilermakers men’s basketball coach. As part of a planned transition, Painter was named the associate head coach for the 2004–05 season. He joined former teammate Cuonzo Martin (now the head coach at University of Missouri) on the coaching staff. At the start of the 2005–06 season, Painter took over for Keady as the head coach at his old school and became the second former Purdue player to become the head coach since Ray Eddy (1950–1965).

Coach Matt has coached nine N.b.a. ballers at Purdue and already spawned four different big whistles per his coaching tree. At Purdue, he’s only been to the post-season 11 outta 13 times and he’s won at least one post-season game every post-season less two with four Sweet-16 appearances thus far. Coach Matt has taken four conference championship scalps and has won Big-10 Coach of the Year a downright impressive three times in the last 10 years. That plus his positive post-season mark really moves the big game needle here.

Thespian Painter had a brief role in the Nick Nolte film Blue Chips, playing for the fictitious “Coast” squad.

Purdue at a glance:

6′8″, 220 lb. t-Jr., Evan Boudreaux looks like wvu’s head football coach (diane holgorsen) who looks like Rick Moranis in Ghostbusters who was looking for the… gatekeeper. That or maybe he looks like Woody Harrelson? Either way… he looks like he won’t be getting carded too much too soon. The 5.7 rpg don’t hurt, neither does the 9.9 ppg on 58% overall in relief. Neither did 17-n-change ppg and virtually 10 caroms (rpg) at Dartmouth last season. That’s pretty dang solid pine-squad work if you can get it too. And oh yes, he’s an Ivy League Man, with a Dartmouth degree in just 3-years! WoW! Big.Green.edu props insert (_____) here; check! Mummy holds a lotta Dartmouth she-hoops records and T&F records; whereas pops was only all-everything Lacross for the UGA-bulldogs. So the Olympic sporting family tree is branchy indeed. 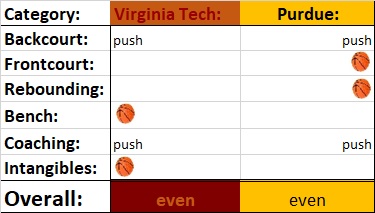 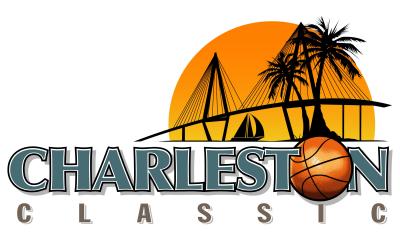 The takeaway here is… in their last two years of hoops, Purdue has been to precisely two more Sweet-16’s than Virginia Tech has; ever.

That and the little factoid that they have been unranked for precisely one
-that’s just (1)- week in the national A.P. men’s basketball poll in the last three years tells you just how close Purdue is to becoming a nationally elite hardwood program. (and here you thought the Boilmaker was only, a; drink!)

This team is good folks, this team will be very good if the Edwards’ surrounding talent does develop and if they do this team could very well be a Sweet-16 great; again.

Best as I can see post-Miami pasting over on the gridiron on Saturday night… Edwards is surely the hooping Alpha-male here. He’s a special scoring talent from range and on the drive. Something off a Ventnor Avenue man’s off-Guard Step’ Curry, who does not waste any time distributing or setting anyone else up at the One. And although that’s not Park Place type real estate, those ain’t baby shakes either.

And right now I have this a virtual even contest, and Vegas agrees with an opening line of Purdue-1 (Boilermakers favored by one point).

I was leaning V.Tech until I (re)studied the Purdue height, and advantages down in the paint.

That’s a lot for K.Blackshear to match-up with successfully while avoiding foul trouble for most of the night.

That being rightfully said, I’ma gonna pick the more experienced team to just nick the possibly more talented team; right at the buzzer— pardon the pun.