Today’s word of the day is… de·bate

Coming up young David was a native of Birmingham, Ala., Cutcliffe graduated from the University of Alabama in 1976 and is a member of the Alabama Sports Hall of Fame Class of 2016. He got his start in coaching at Banks High School — his football-playing alma mater — and spent four years as an assistant coach before becoming the head coach in 198o.

As most of their records’ are actually his (coach DC’s).  Pre-coach Cutcliffe broke in and ran The Tide’s athletic dorms for “the Bear” at Alabama! Coach David has a National Title ring from Tennessee. And at Duke, he only ended an 18-year bowl drought and likewise brought the Victory Bell (vs. rival U.n.c.) back to Raleigh-Durham. Then he logged Duke’s first-ever double-digit (10) win season in Duke’s gridiron history.

He has been very loyal to his Staffers’; said nonpareil loyalty is said to have cost him the Ole` Miss. job; dang. David is a triple-bypass 99% blocked surgery survivor who then asked his rookie year Duke team to cut 1,000 lbs. in collective weight! Has only put six Qb’s in the N.f.l. and two other Qb’s into M.L.B. In addition, 10 of Cutcliffe’s signal-calling pupils have either earned all-conference honors or led their respective team to a bowl game victory. Yah; I’d say that counts. As this king, David would make a fine Hokie. And I’ve never said that about an opposing coach before.

David is married to Karen Cutcliffe.
They have four children: Marcus, Chris, Katie, and Emily, and five grandsons. 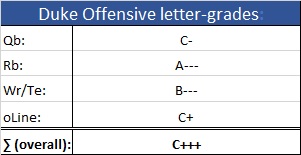 Duke was a nifty 12th best in Net Punting (now: 37th) and so is Duke P1, Porter Wilson. Porter goes a heighty looking 6′5″, 225 lbs. as an r-Soph. Punter. So, aim high on your block-point here Hokies. Porter was merely the No. 12 punter in the country as ranked by 247Sports and a *** or three-star prospect per ESPN. Porter ran T&F in high school where he took all-region honors in the discus. So, you’d have to think both a leggy and army punt-fake will eventually be in play for Duke. Porter is more of a hangtime or seal type of Punter. He does not see many of his punts returned. Improved leg strength; and he did recently have a very good 70’s “Dear Penthouse Forum…” looking porn-stachê, tho’ it looks like he gave his upper-lip the axe. Too bad too… (and, this P1 is ‘whispered’ to have leg1 in the A.c.c.). As he has a mess of punts ≥55-yards already.

Duke’s Kicker is Charlie Ham. And Charlie be totally rockin’ an actually ginger-flavored Greg Brady ‘fro too! I actually don’t (quite) hate it— with no word yet from: Flock of Seagulls or Ah-Ha. That attempt a Rubik’s Cube era humor aside… Charlie and his Joe Stalin hair that just won’t stop… were both listed as the No. 7 Kicker in the country per ESPN.com. That does not suck, and neither does this collegiately 87% last year. Tho’ sophomore-slumped all the way down to near 2 outta 3 so far in 2o21. c.Ham is a: 6′2″, 180 lb. r-Soph. year K1, with a menudo/spice-boy top. Did Eye mention his hair, yets? As Charlie has already logged one more Special-Teams stop (i.e., tackle) than you and I have combined this campaign. The ‘whispers’ say Charlie has touchback range on Kickoffs and at least mid-55’s on FGA’s. Even if he seems way more game-log compatible out to mid-40’s give/take. Charlie is also a back-to-back-to-back, or threepeat Georgia State Champion; and a #1 National Ranking to boot! Albeit in the sissy zebra-ball flavored version of foütball. No wonder I’ma making fun of your hair Charlie… with no word yet from Bosley, either. Doh! However, and in all candor, do not die of shock if Duke has found themselves a 4-year starting Place-Kicker. As the only knock, I could find is that he’s had a few PAT’s sent back here-n-there. As this is a line-drive style so-called punch-Kicker.

Duke Special Teams letter-grade:
Not bad, better than average; if they only got outta their own way a bit more, there is leg-talent here. Lowest possible B— for it.

Number of Duke’s who could Daisy  @Tech=8’ish.

Two teams that are beyond desperate for success meet when Duke visits Virginia Tech on Saturday over in the new chillin’ back out New River Valley. 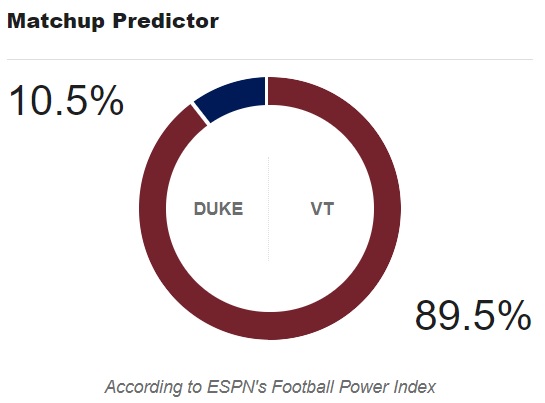 Duke (3-6, o-5) has dropped its last five games in a row, and four of those haven’t been close. In point of fact; the Dukies went two consecutive games without scoring in the first half until last week’s 29-54 hosting gone roasting to visiting Pittsburgh.

On top of dat… The Dukies are a near Les Miserable 4-19 in their last 23 All Charmin Conference contests, going a downright miserable 0 for their last 1o league starts! Yikes…

St.David bless— as this is a nice/neat twilight guy at Head Coach. Who has (frankly),
prolly stayed at least a year too long.

formulae here favors… people who do not watch?

As this one portends too not be easy on the same.

#ChallangeA.c.c.epted… there are 1,440 minutes in a day and someone prolly only needs to super-play the final 10-minute-n-change to pinch a hard-to-parse one here.

As there is user-friendly and then there is Duke. Who was nearly 200% worse in Turnover Margin than the 2nd-worst team in 202o and this year they have improved all the way to 1o3rd, best! wowow! (Thus, making Duke asexual, or a team that loves to beat… itself!)

…The Dukies have dropped their last 18 games going back to 2018 when allowing 178 or more rushing yards on the ground.

So, there’s your in-game barometer or 178 MB’s of Mercury right ^there^.

3-game splits,
…well, here we see that Duke is down nearly –100 ypg on O; with about 60 of that pur a worsening on the ground. Whereas j.Ham and Co. are softer by about +60 ypg more allowed to the ‘rong, virtually all of which is on the ground as well. On the other side… we see that the Fu’fense is actually up close to +45 ypg, all of which is courtesy of Blackie/Thomas, as the Hokie throw-fits have contracted by a couple of 1st-downs give/take.
EDGE=V.Tech. (as both Os are so-so’s of late, tho’ the Dukie D is being kayoed (more: below)).

H/A splits,
…and here we see that Duke’s O falters by about –65 ypg less as a visitor in your casa. While J.Ham and Co. are a little better vs. the run-game in Lane, and yet a little worse vs. the pass-game in Lane. Or, a net canceling relationship. On the other side… we see that the Fu’fense is about 30′ shorter @home (or a nominal negative change technically). While the Duke D lilts by right at –40 ypg to as (non)-road-warriors go.
EDGE=V.Tech. (Basically, because Duke falters when traveling even if the Hokies do no better as the hostess (not) with the 24o6o mostesss).

Our handy dandy friend, the so-called: Forum Guide of Graham Houston fame is merely calling for an absurd (pre-injury) +55 VicTory dance here! Even when Eye took this trinue pro-rata the Forum Guide still called for a 3-score Tech Triumph. (18.33).

Needless to say, at least the first part seems pretty misguided here— as you could be forgiven for wondering out loud if the Fu’fense even had double-nickels up on the scoreboard left in it?!?

Beta-Data-(mining):
Duke is 116th or worse, in, every single thang on O! (Negative Drives being the least worst). Never seen that one before. On the O&M eggs and j.Ham side, the Hokie halt-unit tallies pretty nifty efficiency metrics (30-somethings) straight across, and in particular on their throw-fits. EDGE=VeeTee.

The Fu’fense is 70’s to high 80’s other than SOS (strength of schedule) which is not good, tho’ not quite call F.E.M.A. on speed-dial 3-Mile-Love-Canal either.  Duke scored poor, poorer, or poorest. Some things tried to be D+++/C— and some succeeded at tallying a legit F+++.
EDGE=Hokies.

…tough one to call for it, nevertheless, that’s not why you are here, is it?

…queer as this one will read… methinks both/either Qb1 being done hurts Vah.Tech more!

As j.Ham is pretty dang savvy in defensing the pass.

His run-fills this year are a bit dykie or leaky.

And the Qb2 of Duke has a ways to airwaves go… and yet he has wheels.

Noticeably better ones than the Duke Qb1, does!
Wild, ain’t it!??

2nd Half Scoring: Duke is down nearly 200% here going back to last year.

As this one may just be a contest of one twilight coach (d.Cut’) vs. one lunar-eclipse coach (Fu’) and who stays stronger, longer; and outlasts the other soon-to-be goner here.

As both teams look like they are ready to deep-6 and pink-slip 2021, already.

Likewise, I am at least a little hopeful that the VeeTee Pivot or Qb position will be -what WWII era footballer old-schoolers once called- “up-gunned” a bit this week from Ft.Knox to BAX or even to con.Blumrick

Still yet, someone has still gotta somehow win this one, right?

These two clubs pretty much, suck.
No debating dat.

It is just that one D sucks mo’. 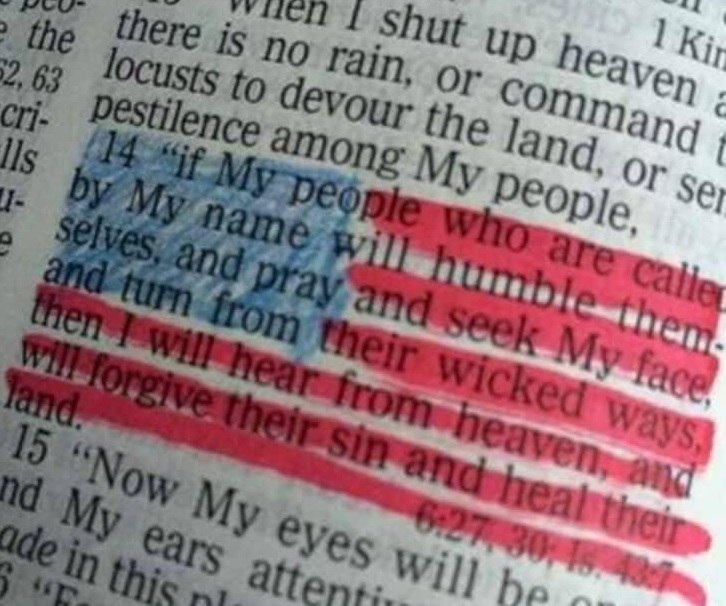