The Hokies are the pain train. An O&M Silver Streak. Track-tied down and with no foreseeable way (back) up… …a Snowpiercer and quite frankly local Indian Summer in all its most welcome glory notwithstanding, “Winter is Coming.” What may or may not be coming is any mo’ ’22 victories. As there is now officially a chance that they tap out, spit the bit and L out from here on out. You will get those culturalization answers @Duke (17% chance to win) and with a possible State Championship swept on the line @Liberty (23% chance to win per: ESPN). Tho’ there Eye go again, always putting the cart before the horse. Nevertheless, here we go, as the clinical conclusion(s) (finally) begin to submit themselves for Applied Sports Psych @Illiniois under ‘the’ Dr. Minnix inspection.

2Q 8:54 remaining:
Did see DAX with a sneaky little Punt-Return steal late here. The 2nd steal of the season so far!

And if my Aunt Kim had nutz-n-a-bolt she’d be my Uncle… Tim.

4Q 3:33 and debut Year and any bowl eligibility hope(s) remaining:
This is not what winning looks like girlfriends…

…as nobody wanted to pay the price to make this stop.
At least nobody in O&M playing @home with the game on the line!

Now, DAXy did not look good at all in this game. In point of fact, he looked stiff if not outright reduced or slow. As he appeared to be dragging his left leg at times under locomotion. Like a knee that will not fully unlock. (St.Culbreth help). And that does not help, not 1ι (one-iota).

As one guy does not see what he hits, errrrr, ahhhhh, I mean misses, one guy goes too wide over the top and misses, one guy goes too shallow underneath and misses and all three guys tippy-toed. Even trying to not take the totally free shot and drive through the (poor) caught/hostage Umpire and go’on and do what it takes for your school, for your town, and for your team and make the ‘sorry ’bout dat’ stop!

Shareholder Ethos mandates you do what is best— for the collective good.
Same as Utilitarianism does.

Tho’ we went meow-mix got all catty and found a way out… (i.e., on making a play) 3-ways out in all fairness.

This is not how a carnivorous S.E.C. squadron flies to the ball.

The Umpire gets gobsmacked -same as the ricochet shot on the Qb3 of GT- and you live to fight another, play. This is however how Vegan Tech now rolls. Or, gets rolled… jus’ da same.

p.s. (you can help the Umpire up post-play or signal for medical attention,
tho’ he is in the line of fire so you go’on and take the damn shot). 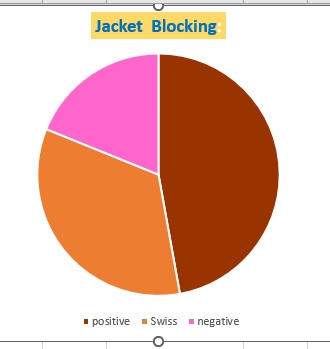 TTT Analysis:
Well, as kra-kra as this section bee… the pocket-Qb3 of g.Tech gave us Wramblling heck downfield. Well, that is when he was not turtling and refusing to take or shell contact out. As he did buck up a bit, or some ass.coach jumped down his shirt mo’ than a little bit and suddenly Qb3 (Zach Pyron) did us out.

The second time an opposing Qb3 has beaten our Qb1 in ’22 if you are keeping score at home. When you look at TTT threw the prism of a surprise rushing Qb3, this one mutually predicts a close(r) game and yet it still predicts the other Tech technically winning.

The hurter here was… V.P.Eye looked like they missed a number of sack attempts; as they were real close to getting to taking this Z-pack. And yet they did not.

…namely, g.Well’s miss-count has really contracted of late. It is getting better, as are drops. (Well, other than the INT generating drop). As both have improved over the span of the year to date. No joke.

The tough part as you see below… is… the end-game throws are getting worse.

Blocking Analysis:
Not super bad to be fair.

Actually, it graded better upon breaking tape than I had expected in-game. It is just that our winning or positive blocking plays do not lead anywhere BIG.

They do technically grade north of Swiss or neutral. They keep you on schedule. Tho’ you need not fear them as we cannot string enough of ’em together to really dominate TOP (time-of-possession) on slowercase or lowercase clock-eating sustained drives that might lack sexxy or Q-score points; and yet get the dang job done.

Meaning… this is a VERY inert offense.

Like damp to wet V.T.C.C. powder no matter where you and skipper look (beyond a deep hit to k.Smith every 8-Q’s of ball, or so).

The other umpossible to ‘splain part for the quantitatively sage among you being… we did tally mo’ positive plays, and yet our neutral or Swiss plays went up by nearly 300%! As GeeTee -to their credit- won a lotta Battles of the Coral Sea. Or chicken-fighting or stalemates and kept their whacky hind-7 clean to limit VeeTee to 3 to 9′ gained in lieu of negative stops or in lieu of giving up big plays.

It may not have been an epic halt-unit look— tho’ the Jackets short-suited us and
played one helluva haberdashing game of… contain. 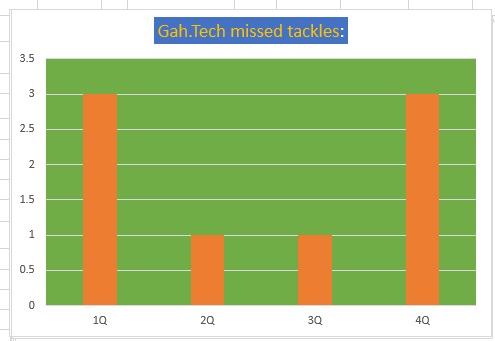 Lo.FM Analysis:
Well, clearly, the mo’ composed team won here— and frankly, we are very very very fortunate they did not win by mo’.

As this was a youngling very green-wood, raw Qb3 who just demonstrated vastly mo’ composure on the A.c.c. road -where the visitor pockets 3 in 10 wins historically- than our veteran Qb1 did at home.

The 35o% mo’ positive Lo.FM epic hits for a massive 14-points when chasing the chain gang mighta been a clue.

Tho’ it clues me into… just how head-soft we are right now between the earholes.

As nobody seemed very upset when Gah.Tech -to their credit- hit any of these clutch plays. Nobody O&M Eye mean. Wishy-warshy Charlie Brown 1-o-(n)one. And frankly, we need someone out there who takes this personally and aims to misbehave. I mean… where is our angst about getting beat like dis, yet again?!?

Tackling Analysis:
Well, tackling is NOT that bad, statistically… and Eye will now reprove it.

On a per/play basis, it is grading pretty strict; actually.

The Jack the Ripper killar part is… we just gave up a mind-boggling 14 big, huge, backbreaking points on 4 different misses combined! Or, 50% of our misses resulted in score(s). Or, we gave up an FG-n-change per life-n-death, whiff!

Eye been in/at this sport for parts of seven, that’s (7) decades and I’ve never seen that b4?
(’cause that many Σ or total misses vs. a tiring 77 opposing offensive plays are none too shabby).

Though wait… it gets worse… in our last 16 Q’s of scrumming you ask?
Four, that’s 4 TDs allowed on missed tackles❗️

I mean, there is… if not for bad luck you would have no luck at all; there is being your very own worst enemy, and then there is… us.

Though when we miss, we miss in a way ‘mighty’ Casey had nuttin’ fo’.
Nothing at all.

🏈 👁️.Q. Award Winner:
The GeeTee Staff for keeping their coulda taped-out kids in this one vs. a sudden storm of whacky non-offensive scoring plays tallied against. 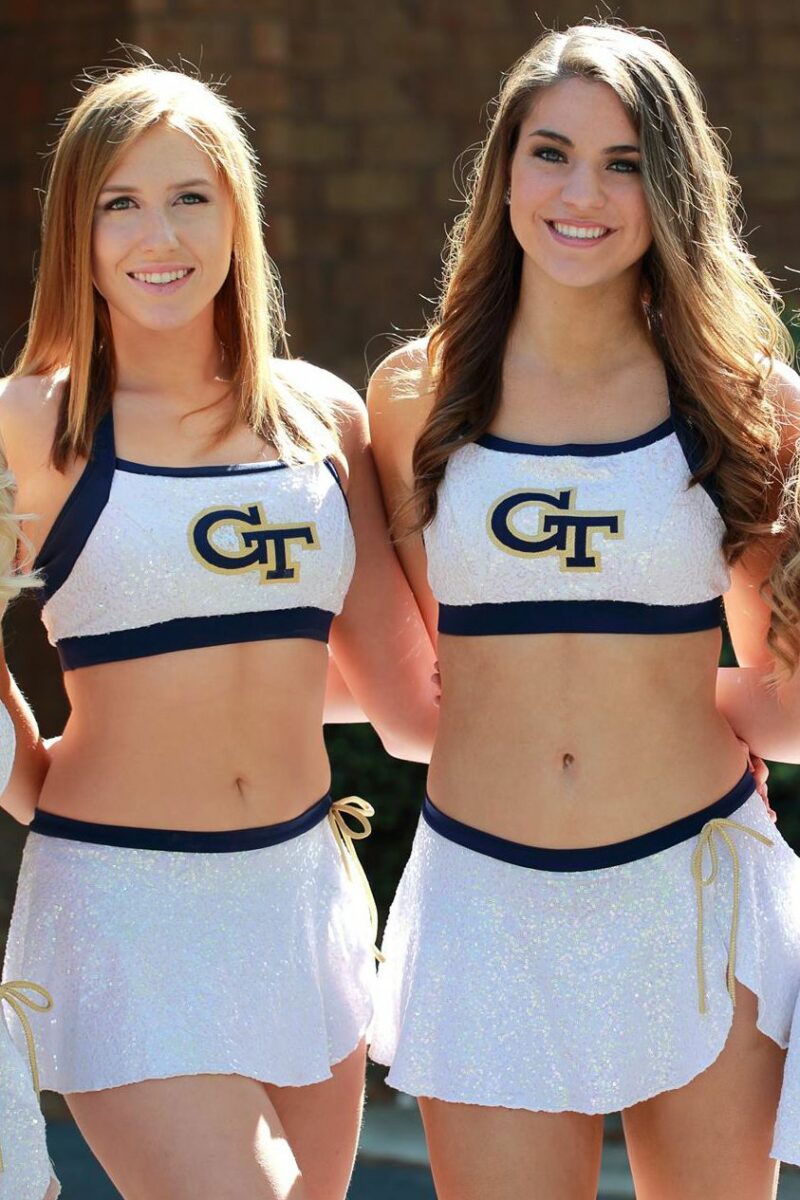 Where is the Tau Sigma Lambda I used to know? 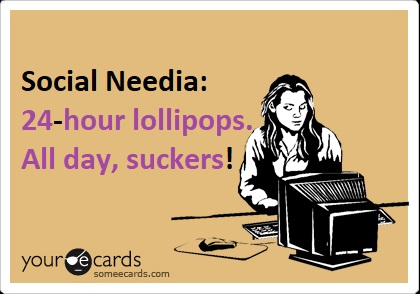 Why such scratchiness post-game folks?

We are down -as in way way way down- on Talent.
Which you cannot #Frie!

We could -and the four of us are willing to listen/consider this discourse for the first time all year long now- we could even be down on coaching the verb.

Time=tell on that one… and do recall…

We say this… as the 1st behind the scene murmurs and whispers of: “this is a Whitless hire” and: “He {sic: Pry} may be in over his head” officially wonderment-wise emerged behind the scenes post-game Gah.Tech.

We are now however willing to listen… as there is a sour note of discord that is growing.

An off-key you cannot name that tune riff that could be just showing the very initial signs of a rift beginning open up has officially begun.

Me?
Well Eye personally views that as… premature.

Although do observe I did not type that Eye view that as: …’rong.

…here in the sportlight…

Well, “effort” is actually quite… mixed.

Not just individually -although that as well- as it literally rises and falls at times.
In particular over on D. Some harder tries; granted, then some softer tries.
Then it resets and starts all over again. They rally a bit, then sag; again.

Very hard to gauge/figure clinically.
As it goes sine-wave up-n-down for nearly the duration…
…which to me? Would best speak to wind/conditioning mo’ often than not.

As in… how many mo’ subjective head-game punches can they, take?

Because the well-trained among you were cagy enuff to already observe that GeeTee was up right at 294% in 4Q Ε (total) yardage! That is not the Q-word, that is not a lack of buy-in…

…that is… fatigue.
Check it out…

Our guys do not look the primo S&C in-shape, part.
Be transparent here… both physically and mentally alike.
(…as fatigue is building in each category as I type; and that is a real live worry coming up) 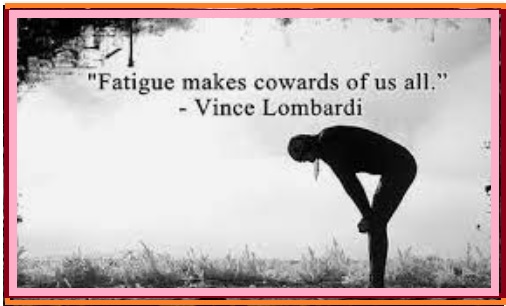 The @Duke, @Liberty, and archrival hooVa calculus for you to VT Phys.Ed. Department ratify is thus…

…just how much of that is what Patton called: ‘battle fatigue’ between the ears?

…then abacus just how much mo’ their collective head-games can negative reinforcement, take?

…the (poor) Hokies just went 3-Mile-Island raised to the Love Canal power while sinking to the depths of the Project 949A Антей Kursk.

Truly, there is melting down, there is speed-dialing F.E.M.A. and then there is this!

That however is a rejoinder for post-game @Duke.

As Prybar has a k.Kong raised to the g’Zilla MASSIVE applied sports psych bomb to defu’se between now and next Saturday afternoon come ~4 PM.

Then he has the matter of what do you hooVa do? Do you save what precious few V.T.C.C. bullets you do have left and take a rather parsimonious cavalier bunker mentality?

’cause Prybar can no longer work for Maytag and spin-cycle all of this, this is no longer a serviceable “we are getting better each week” purely chicken mytharc. This is no longer even charitably at sea level.

As these seesaw back-n-forth games, all end clinically submerged.

One way or the other… we are now trading at –9 games under .5oo itself for the last 3-years of scrumming. That’s L’ing folks. That is what L’ers do.

They are chum for winners.

LOL… what mo’ did you want?

Or, to put it a final way… for the very first time in a serially looooong time, you caught every single gaslight break -in your very own favor- and yet you still made a hole and found a way to… L.

Where you stand is where you sit gents, and right now, we sit tied for last place in the All-Charmin Conference.

We also sit 135th in college football overall. And yet we are now in 1st-place in the Ivy League and we are now two, that’s (2) whole spots ahead of and eclipsing D-1aa powerhaus Incarnate, Word.

And there is no way to sugar-coat that. 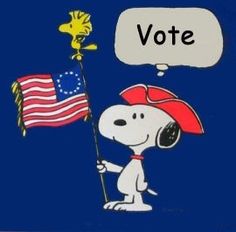