Today’s word of the day is… résumé. 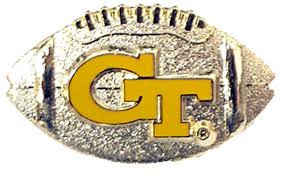 Baller Collins totaled 194 career tackles as an OLb and Db at Western Carolina (1989-92). He had 68 tackles and six tackles for loss as a junior and helped lead W.C.U. to a 7-4 record with 62 stops, including five behind the line of scrimmage, as a senior.

As an S, M, and ultimately Big-Whistle, Coach Collins is a Larry Brown itinerate vagabond who gets around. Wearing 13 different coaching colours thus far at as many schools. Some, small: (Albright, Franklin, Fordham), some medium: (West.Carolina, Temple, Florida International, and South Florida); and some right-sized: (3-Gah.Tech stints, even big-bad Alabama, and 3-other well-seasoned South Eastern Conference tourstops). Coach Collins has been around, he has cut his teeth, and he has paid his ladder-theory dues. Very in fact in regard to all. Tho’, the Sunshine State and So.Eastern looks are keen resumè and recruiting-contacting looks to bring to inclusive then to bring to fruition. All of these have been defensive stops with an emphasis on Linebacking itself. (No wonder he loves doughnut drill so much upon breaking tape?)

Most of this includes streak breaking/beginning (to the good), defensive record-booking, and some pretty high marks in defensive attack— all of which stood out upon his citation(s) review.

Collins’ innovations in utilizing social media to aid in recruiting efforts have not only helped Georgia Tech land the two highest-rated recruiting classes in school history; they also helped Alabama sign the No. 1 class in the nation in 2007-08.

Overall… Coach Collins seemed to have Philly’s Temple on the come… two wining-seasons and bowl appearances strung together after hard times is sharp just like that.

On December 7, 2018, Collins was named the 20th head coach of Georgia Tech football. Collins has won three games in each of his first two seasons with the Yellow Jackets. Three and not mo’ than three, mind yah. In 2021, Collins ended his L’ing streak to F.C.S. opponents when Georgia Tech defeated Kennesaw State. Collins has yet to extend his winning streak at Georgia Tech beyond one consecutive game. Wow/dang…

Making this pretty good defensive coach a hard one to Top-Shelf read?
Is he another shoulda stayed in Memphis sort?
Or is he about to pop-ATL, clean?!?
Time=tell…

Poppa-bear Collins is married to the former Jennifer Haynes. They have a daughter, Astrid. 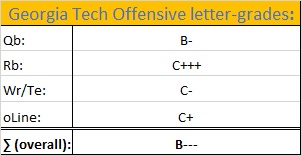 Georgia Tech is 96th best in Net Punting and incoincidentally enough, so is P1: David Shanahan. Davy by way of bonnie ole Ireland, where he played Gaelic football— must merely replace last season’s Ray Guy Award winner (Pressley Harvin III). That’s all… no biggie there, right? As this 6′, 190 lb. nugget or rookie-year voter hails from: Castleisland, County Kerry, Ireland. Where he attended: St.Patrick High School! No bleep… and may St.Patty bonne bless! Davy was rated as a three-star prospect by 247Sports and ESPN. Where he was a versatile athlete who played: Gaelic football, rugby, and basketball in his native County Kerry, Ireland. Dang… He also was a member of Kerry U17 Gaelic football “panel” that won the 2o17 Munster championship (Gaelic football’s national title) at the U17 level. Shanahan attended the venerable Prokick Australia in Melbourne “down under”. A place where you bet the over on kids going American football. As this kicking academy has produced six of the past seven Ray Guy Award winners and four current National Football League punters. That counts.  Davy continued to hone his punting skills during the cv19 pandemic by punting in solitude on his uncle’s dairy farm in southwest Ireland. Moooooo-ve over Raymond Guy, a frenchy o-2 in WW’s name, rights? Almost 44-yard average with a 70+ leg does count. And you can count on me be 2024 curious here.

K1, 6′, 210 lb., Brent Cimaglia is a 4-way surprise starter. As two ex-K1’s and one last-ditch transfer K1 are all K2 through K4 depth-charted concurrently here. Brent seems to have reliable range into the uppercase 30’s and then he really gets shaky beyond that. I Volunteer that stoopidity, as Brent was just that, a UTenn.Vol. just last year back. A grad’-r-Sr. with his degree u.grad’ framed and up on his still gettin’ his Kicks on Route 66 athletic locker wall. Then I found this little (corrective/redactive) nugget from his UTenn bio’: “Was especially impressive from long range, making 18-of-29 field-goal attempts (.621) from 4o or more yards and 4-of-6 (.667) from 5o or more yards … Put together one of the nation’s finest seasons by a kicker as a junior in 2o19, when he made 23-of-27 field goals (.852), including 9-of-11 from 4o or more yards”; preview, snap-on dumbasss me! Does however have a history of “battling injuries” according to UTenn as well. So, that’s not helping… tho’ his Southeastern Conference Academic Honor Roll marker is not hurtin’. Nor was/is his five-star rating (*****) that saw him tabbed as the nation’s best or the No. 6 kicker in the Class of 2017 by Kohl’s Kicking. That’s elite leg-game men. Very few Place-Kickers get the full penta-star clasp. And he is now pursuing a master’s degree in real estate development. So, there is that too. Ditto not looking like a fonduè guzzling K1— as he almost looks a little, ruff to be true. With a career-long out to 53-yards, as he can long-FGA help in lieu of the short punt. (With zero rushing/passing attempts, so his next trickeration will be his, 1st). Good K here folks, just not UTenn good just yet. As his 16 makes from 42-53 yards out would uppercase attest.

Special Teams letter-grade: D+++ is all I can do. As those blocks are skipping your mid-term exam. (Although, sans that and GeeTee might just sneak up on a lowercase, “b”).

Number of Jackets who could suit-up @Tech=9 maybe 10. 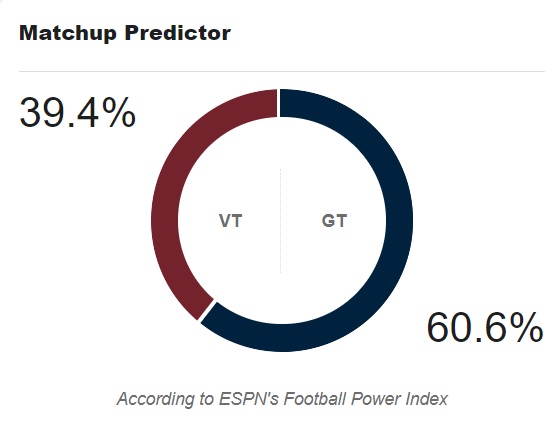 …the takeaway could very well be which team remains the most taken with their present-tense head coach.

Or, maybe better struck, which team is most taken with the notion of being taken to some warm-weather climate to try their bowling game out this Christmas break?

As that team has mo’ to play fo’ as opposed to (little) “whistling” for some version of a Home for the Holidays Christmas, broke.

Which one however is admittedly hard to gauge for sure?

Beta Analysis: The Wreck’s O graded better than I thought for Explosiveness and avoiding negative drives. And with sooooo many skill guys courting underclassman status, you gotta wonder where they will 2o23, be? As nothing graded beta-stats bad on O; and they were almost trending as being offensively efficient of late.

Beta Analysis: …on the other side, the GT D graded poorly -as expected- in all less opposing SOS (strength of schedule). Maybe we will be a bit of a possession break for them? That attempt at levity aside… they graded really suspect on: Passing Efficiency, and overall Drive Efficiency allowed. So, extending/converting 3rd-downs for the Fu’fense is a must in this one.

#ChallangeA.c.c.epted… there are 1,440 minutes in a day and yet again, we gotta war into the high 50’s if we wanna win this one here.

the optics...
…in their last couple of seasons, the y.Jackets are… the Yellow Jackets were 5-1 when scoring more than 27 points and 0-12 when scoring that many or fewer!

So, there is your in-game barometer for this one… 27 mb’s of Mercury.

the skinny...
GeeTee is not that physically imposing of a team across the board as you can see above, and last year all seven L’s were by double digits.

So, go BIG and try to hammer them early here.
As they have had zone O troubles punching-it-in for years, plural!

Also, although both teams are trending underwater, VeeTee swallowing mo’ Duck Pond water (–124 ygp) than GeeTee is gulping ATL Aquarian aqua (–87 ypg) of triune late. And even odder than that, GeeTee was at least showing a sign or two of dog-paddle struggle whereas VeeTee looked mo’ lame-duck, stuck. As the G.Tech O is the one trending most upwards of late; coming off of a season-best efforting.

On O the Fu’fense has moved via 6′ of a Δ (delta meaning: ‘change’ in the sciences recall) of late. The O&M D however has softened by ≅70 ypg, with most (∼86%) lilting on the ground game itself. The GT O has (somehow) bucked up by nearly 60 bonus ypg, with all of their positive offensive Δ coming from atmo’ or throw-fits airing-it-out. (wow! Eye did not expect this.) However, the GT D has mo’ than given all of that offense back, as the Jacket halt-unit has gone bottom-rack zoot-suit and got turned out for a whopping 140+ ypg to the totally ‘rong! More user-friendly in airwaves terms, tho’ the run-fill Δ has worsened as well. (Krazy!)

H/A splits:
Virtually the exact precise same as above… Fu’fesne has a 12′ visiting Δ. Although, j.Ham and Co. are about 14-yards better per road game than at home. On the other side, the Gah.Tech O moved by an unremarkable 6′ of a Delta @Home. Although, the GeeTee D does (somehow) improve by right at ≈40 fewer ypg allowed down in Hot’lanta! (Interesting…)

Our handy dandy friend, the so-called: Forum Guide of Graham Houston fame is merely calling for a single-play Vomit, or for GeeTee to win by 6.

Here in the sportlight… we see a spotlight that might as well be shining/baking right on through a magnifying glass at some po’ set of ants.

As one coach is on a warm seat and the other one is on a hot seat that is only going endothermic and gathering heat as I type.

GeeTee has had 1st-half scoring ills under Collins for several seasons. However, this year they are 3Q decent and even 4Q better than that.

Meaning: Fu’ & Co. need to jump them and try to get rid of them before this bout enters the championship rounds… on the road.

Because… The yell.Jackets have dropped 16 games over Collins’ two years. 14 were double-digit blowouts and one was to Citadel from the F.C.S. There has yet to be a win over a team that finished with a winning record, and counting the end of the Paul Johnson era, the program is on a rough 3-18 stretch coming into this year.

Now they enter this one on a 3-game L’ing schnide so let’s not do anything to help them up off the same.

As someone is about to at least get their fingernails out in front of the proverbial corner for the first time in a while in this one. Whereas the other one will (unhappy ending) mani their pedi.

Well now… and to be fair… on paper, this favors a Tech VicTory.
In point of fact, our multi-decade equations (generally) equate to this… mostly.

Thingy is… this one is not gonna be played on paper, now is it?

It is however gonna be played 4o9-miles away, So.-by-So.West down in the ATL.

Down near The Omni of Dusty Rhodes fame.
Where d.Ainge bit another dood named: “Tree”.
Where our Sherriff will marshal and posse your… Lobo.

…as we now thinks this one comes down to whichever one wants it mo’. We say this quantificially because if you combined these two teams you’d really only have, one {sic: team}.

The kink being… both teams need this Dub-a-ewe.
Ergo, therefore, to Whit… one of these two sheep needs to go’on and ‘ram’ it home.

“@Home” being the key thing here gents. As Tech goes skeleton-key and unlocks one late here.

As in… some sorta bomb is due to go off here…
…the only calculus is… can it still be, defused? 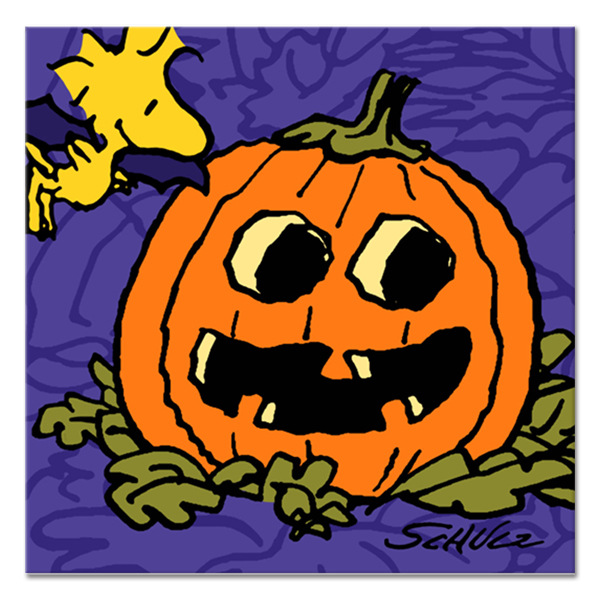