Today’s word of the day is… waistcoat.

Collins was the big whistle… and then… he was gone… 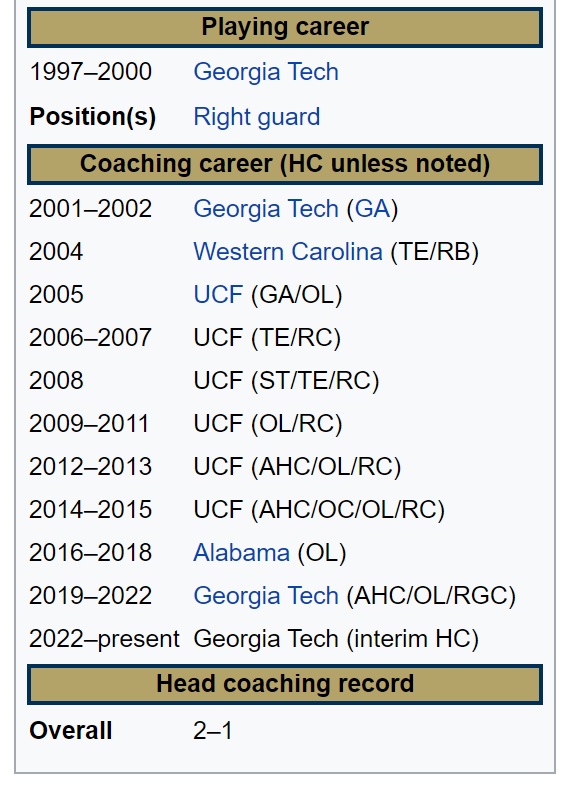 Key grew up in Trussville, Alabama, a suburb of Birmingham, Alabama. He attended and played football at Hewitt-Trussville High School. A Clay, Ala. native, Key, 44, was an all-state performer at Hewitt-Trussville H.S.  Key played on the oLine as a G1 at Georgia Tech, starting all four years. He was a team captain and all-A.c.c. performer as a senior and graduated from Tech in 2oo1 with a management degree. GT.edu, props.

While as an assistant coach at the University of Central Florida (UCF), Key was selected to be the heir apparent to George O’Leary following his retirement. Following the 2o13 season in which UCF won the Fiesta Bowl, Key reportedly declined the head coaching job at UAB to remain with the Knights.

Prior to being hired at Georgia Tech, Key was the offensive line coach at the University of Alabama for three seasons. Key was hired at Alabama on February 15, 2o16, replacing Mario Cristobal, who remained on staff as tight ends coach.

Hard to get any traction on: are the G.T. suits considering Key or is he just the key-holder for Coach Next?

Mo’ wins would help understudy/audition though…

Poppa-Key and his wife, Danielle, have a daughter, Harper. 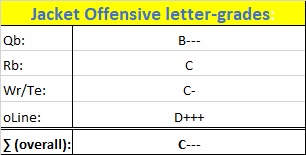 Georgia Tech is 96th best in Net Punting and incoincidentally enough, so is P1: David Shanahan. Or they were last year. This year they are perfectly dead-last at 131st best in Net Punting! Davy by way of bonnie ole Ireland, where he played Gaelic football— must merely replace last season’s Ray Guy Award winner (Pressley Harvin III). That is all… no biggie there, right? As this 6′, 190 lb. nugget or rookie-year voter hails from: Castleisland, County Kerry, Ireland. Where he attended: St.Patrick High School! No bleep… and may St.Patty bonne bless! Davy was rated as a three-star prospect by 247Sports and ESPN. Where he was a versatile athlete who played: Gaelic football, rugby, and basketball in his native County Kerry, Ireland. Dang… He also was a member of Kerry U17 Gaelic football “panel” that won the 2o17 Munster championship (Gaelic football’s national title) at the U17 level. Shanahan attended the venerable Prokick Australia in Melbourne “down under”. A place where you bet the over on kids going American football. As this kicking academy has produced six of the past seven Ray Guy Award winners and four current National Football League punters. That counts. Davy continued to hone his punting skills during the cv19 pandemic by punting in solitude on his uncle’s dairy farm in southwest Ireland. Moooooo-ve over Raymond Guy, a frenchy o-2 in WW’s name, rights? Almost 44-yard average with a 70+ leg does count. So, you gotta wonder what is punt game up here? Or, you could just read the turnstile blocked-punts allowed metric below… wow/unreal!

As Stewy is 9 of 9 on F.G.A.’s thus midway takeover far. With NO blocks. Whereas poor Kelley was 2 fo’ 4 with 100%, blocks! WOW. Never read that one ever before=me. And prolly you, too. That Baltic Avenue attempt at alliteration aside… Stewy may or may not have a bionic leg, as he only has one make and one attempt north of 37-yards and it was only 40-yards itself. So, go ahead and expect some going for it on 4th as you might not be in love with a short punt here. The nutty part is… Stewy is only 80% on his P.A.T.’s and you can suddenly sees why this G.Tech leg game is very much technically challenged thus far in ’22. Gavin does field a very red carrot top, so, there is that. And Kelley has made out to 50-yards for his career. So, maybe you would see him on a needed longer F.G.A. still yet? Gavin was a pretty fair-to-middling H.S. Wr1, hence the #88. So, trickeration has to be in play somewhere here. His big bro’ was a pretty good Wr for the Jackets prior to his arrival as well. Two-time member of A.c.c. academic honor roll never hurt anything. And apparently, Stewart entertained: futball (soccer), tennis, and football offers alike in his triune scholastic sporting recruitment phase. Eye’d have to say that counts too. As does his legit 4.55 forty time. As does his discipline per Benedictine Military Academy.

Special Teams letter grade:
Block party 1-o-none ruins everything else here… tho’ the new K1 is seemingly a noticeable upgrade. Hence a reasonable C+++. (Which could/should be higher by at least a ½ a letter grade if
the newbie K1 toes the line).

…that is not good; JIC you did not know.
Nor is having 17-transfers and 15-recruits listed in your 3-deep.

Nor is having only five, that’s (5) guys back with ≥4oo snaps from last year!

Number of Jackets who could suit up @Tech=1o

And neither is Georgia Tech.

Check it… now, and it is perfectly true, that: Collins was always going to need some time to craft a more modern program. Nonetheless, three years in, he had a record of: 1o up against 28 down. (Or: .263). And after jumping from 111th to 75th in his second season, his Jackets stumbled back to 96th in 2021 SP+ and foregone a majority of their most talented players to either graduation or the transfer portal. His fourth Tech team currently ranks 118th in returning production rankings; only five returnees took more than 400 snaps in a Tech uniform last year —three on offense and two on defense.

There is just as much turnover on staff, where Collins brought in six new assistants, including former Notre Dame and Tulane offensive coordinator Chip Long. Coach Col’ also went calling and dipped heavily into the portal, focusing on the secondary (five newcomers), offensive line (four), and skill corps (four). Plus, he brought in a pair of quarterbacks — Akron’s Zach Gibson and Clemson’s Taisun Phommachanh — to battle Jeff Sims for the starting job.

That is not jus’ being in flux itself, this is… fluxed, up.

…you do the maths!

formulae here favors: (no one!)

…where you stand is where you, sit.

Last week’s 41-16 L at Florida State was a humbling reality check. On a day when the Yellow Jackets’ defense surrendered 642 yards, their offense gained only 24-yards in the first half.

The other Tech (Vah.Tech) only gained –9-yards in the 4Q down at Raleigh when penalty yards are taken into account.

Again, …you do the maths.

Game Ball or mag·num o·pus:
…peeps who do not, watch?

Even worse than the lack of wins is the lack of competitive performances. Since the last year of the Paul Johnson era in 2o18, 22 of the last 29L’s were by double digits! Yikes! Ouch too!

Closing out last season by L’ing to Notre Dame and Georgia by a combined score of 100-o did not help.

…or in other words… they already know how to (conditionally) lay, down. 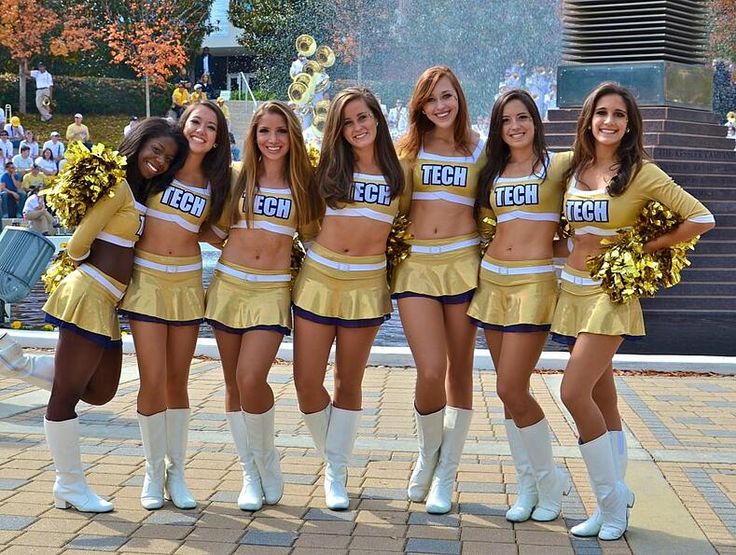 …the coaching sewing circles said the sharks were circling the no longer chummy or pro-Collins waters down at the ATL’s blue-water Georgia Aquarium.

…and frankly (foreshadowing intended), that kinda sucks.
’cause -same as po’ Fu’- if not for bad luck Collins would have had NO luck at all.

May St.Adam and St.Eve bless, tho’ this guy has a serious snakebit rep’ in the sewing circles,
pardon the pun(s).

Lo.FM Analysis:
Well, clearly the VeeTee defense *should* enjoy an advantage on Saturday afternoon. The only maker for GeeTee was their decent enuff 3rd-down D. Still yet, you gotta pin the tail on the Hokiebird and Pry’s D to hopefully make the GeeTee O chase the sticks. EDGE=Vah.Tech D. (Tho’ not O).

TTT Analysis:
Well, the edge is best found in saying TTT favors both D’s in this one here. As both oLines are circuitous at best in TFL and sacks-allowed upfront. EDGE=the D‘s, plural— tho’ I’ll choose V.P.I. by a scosche if forced to team name drop or select.

The G.Tech O has shed ~20-ypg lately, nearly all of it on reduced run-shapes from their O. The V.Tech O -as Eye in the Sky hit- is only down 6′ of Total O in their last three. Nearly 4th law of Newtonian Mechanics or… ‘stuck’ as Dr. Broderick put it to me. On D G.Tech is likewise right at ~20-ypg worse of late. Neither is a major mover, tho’ both are in regress not progress itself. The Hokie halt-unit however, is vastly mo’ user-friendly of late. Worsening by ≅90-ypg softer in their last 3-games. Both run-fills and pass-shapes are down 40-something ypg alike. That’s not good… and that Edges this recent playmaker into a G.Tech checkmark all by its ownself.

(Surprisingly enuff) … the Jacket O suits up by a bonus near 50-ypg to the better out on the road. A little better on the ground tho’ even mo’ better threw the air. The Gobblers O only negates by –10-ypg thinner @home or about a 1st-down. Not much movement to be found here for Bowen/Glenn & Co. on Lane Offense. The Jacket D however does short-suit itself in flood-watchers via allowing a bonus near 40 extra ypg on the ground in your house. They are worse on D as the visitor.  The good O&M news is that the Gobbler D does defend better on Worsham Field. Per ≈50-ypg less allowed @home. Moreso on run-fills ‘getting after you’ in Blacksburg, Va. That Edges this one into the Hokies’ modest favor, after the canceling effect of the GT O vis-à-vis the VT D.

Our handy dandy friend, the so-called: Forum Guide of Graham Houston fame is merely a whopping 21-point VomiT in this one round-robin style here. So, I ran the total yardage marker(s) and that was nearly mutually calling for a 17-point Tech Triumph for the other Tech. Hope that is ‘rong, tho’ that is a pretty reasonable correlation as Venn Diagrams go. 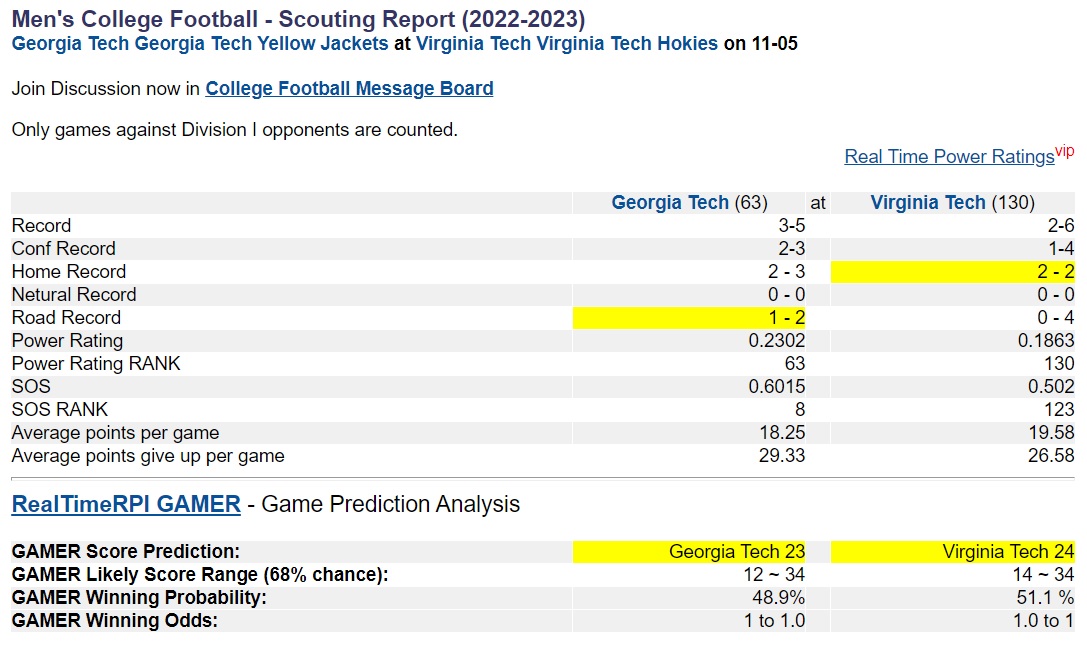 …tough one to split hairs on and truly outright with authority call.

Tho’ Gah.Tech’s Qb1 being back and Vah.Tech’s Rb1 being out could be a clue…

…as you could do worse than to author just pick the skill-position less salubrious squadron here.

…here in the sportlight, we find that this one will prolly not be easy on the eye(s).

This seems to hint that one of these two is ready to go’on and tap, give-in or give-up. If either one can only land a haymaker or two early on, this one could get away from the other one.

One way or the Technetronic, other.

Coach Collins is pretty much mired in his fourth-year no.1
And it is gonna take something pretty year four big to not be one-n-done.
LOL… that was my opening to the closer a few months back… and St.Xenia bless coach Collins now.

…what a: ‘waist’ or waste… Godspeed @Colins.

Or I will eat these very words on some Alternate Galaxy TSL Podcast.

Which Tech however a harder discern…
…because if you combined these two Tech’s you would almost have one full coating of Tech’.

Fish or get off the pot Prybar Techmen!

Do not wanna hear/read no mo’ on {sic: still} buying in.
Want to see me an affirmed BUY, not rent, not hold… not nuttin’ else.

As we gotta play like we’re the 3rd Turkey in line to get on the ark.