The Hokies gotta eat. And this one should prove to be some fast-food here. As Merrimack is 2 up and 2 down or .5oo yet 1st-place in the Northeast Conference Warriors. Merrimack has not been merry-maids of late… with a one 13-point D-1 L (Rutgers) and an even lowlier D-1 L by 23-points (Army). Or in other words, these po’ guys have basically been D-I food. Or a dunk-brunch du jour. Nevertheless, you wanna know who is gonna win, and by how much; right? So, read on to finds… out!

Joe Gallo: no not the NY.Yanks one, and thankfully not the “Crazy Joe”, was an Italian-American mobster of the Colombo crime family of New York City one either. This one was (born February 8, 198o) is an American college basketball head coach and former player for the Merrimack Warriors men’s basketball team. He was previously an assistant coach for Dartmouth and Robert Morris before he was hired as head coach at Merrimack in 2o16.

Baller Gallo, a native of Milltown, New Jersey, played high school basketball at Princeton Day School before playing college basketball at Merrimack College as a ‘tweener or utility-G of sorts.

Gallo the alumnus graduated from Merrimack in 2oo4 after a successful playing career, earning a business degree with a concentration in management. He is currently working towards his master’s in organizational leadership. Never read one before… a head coach who is still in MU.edu school? St.Catherine bless!

Merrimack at a glance: 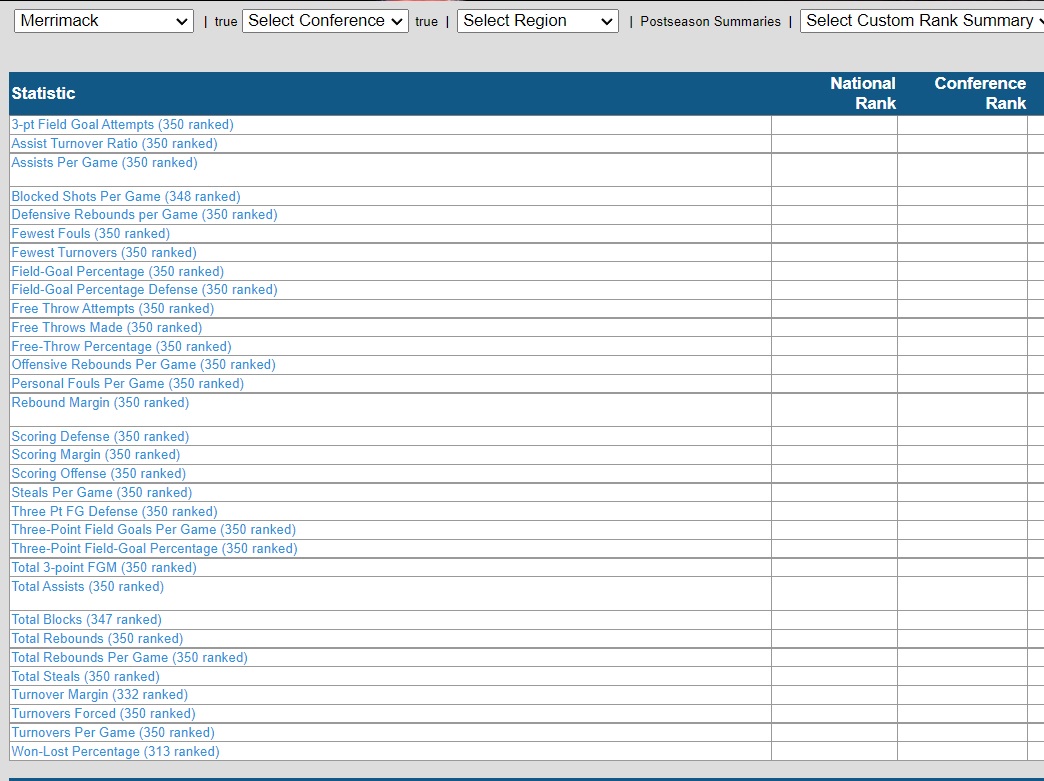 Devin Jensen is a 6′5″, 22o lb. back-up Off-G by way of someplace named: Manasquan? Not sure if that is a college or a U? I am sure he is your lead backcourt guy on minutes played. Not real sure why he plays after that? As 3.8 ppg with 3.o and 0.8 apg on 11% from three-point-land does not land you a lotta court-time mo’ often than not. That said, Devin does have his .edu finished as a grad’ student. He was a starter who has gone 6th-man this campaign; (this makes him unselfish). It has also made his nearly ≅8-n-change ppg slumped this season, at least thus far.

Justin Connolly is literally the only frontcourt pine-squad member here. Justin goes: 6′7″, 21o lbs. as a final season 3/4 combo’ guy upfront. He does find his way to 2.8 rpg off the bench tho’ 1.4 ppg really ain’t much. Have to think he plays just to give Merrimack some match-up size down-low in the post. 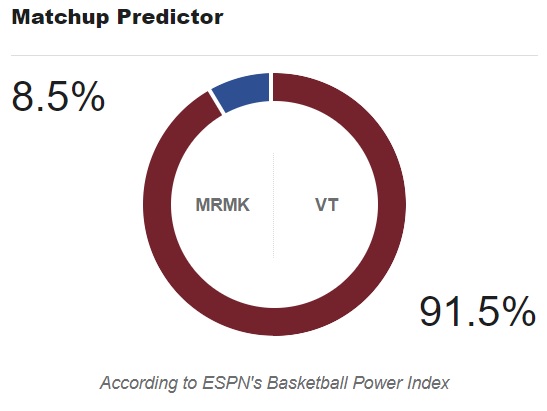 …someone needs some caffeine jumper cables and needs to get his azz cookin’ on finishing the Miami football preview, STAT!

That attempt at drowsy satire aside…

…VeeTee really should be able to sleepwalk here.

…as this one is mo’ parts O.O.C. (out-of-conference) snooooze-button and less parts alarming.

At least to me…

Our handy-dandy friend the so-called Forum Guide of Graham Houston fame is calling for a fortnight ask back, or December itself.

VeeTee is @home and is also up +1 in R&R.
VeeTee is up nearly +9% at the charity stripe for the year.
VeeTee is a 1.oo host; whereas Merrimack is o’fer (.ooo) as a guest.

So, and in the realm of: “never seen this one before…” we see…

Hmmmmm… not real sure here… tho’ I am sure that I doubt that to be a good thing; whatever it ultimately 2o24, means?

In the meantime, however…

…Merrimack is off the offensive track. 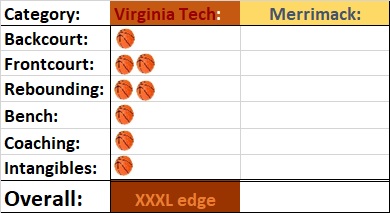 As it literally won’t take much beyond fiddy or maybe double-nickels (55) to win this Smokey & the Bandit kinda downshifting lane-changing game.

The Hokiebird should burn-rubber; or take his feets off the pedals and coast (@Home) here.

As Merrimack menz hoops is all downhill from here.