Today’s word of the day is… Raider.

Baller Stockstill was well-stocked on his way up.  He was inducted into the Fernandina High School Hall of Fame in 2oo6 for his pivotal scholastic Qb1 efforting. After that, he attended Florida State University and was a three-year letterman there as a Qb1 where he was team captain and earned honorable mention All-America honors in 1981 under Coach Bobby Bowden. He was inducted into the F.s.u. Hall of Fame in 2019 as a baller.

Stockstill served as an assistant at numerous locations for 24 years prior to getting his first head coaching job. He began at Bethune–Cookman University as an offensive coordinator and later went on to coach Wr’s at the University of Central Florida. For the 1989 season, Stockstill began a long stint as a wide receivers and quarterbacks coach with the Clemson Tigers, where he stayed until 2002. He served under coaches Danny Ford, Ken Hatfield, Tommy West, and Tommy Bowden while at Clemson. Stockstill also worked under coaches Lou Holtz and Steve Spurrier at South Carolina after working one season for East Carolina University as an offensive coordinator. So, there is no denying Coach Stock’s resumé is a bull market indeed.

After the successful 2009 season, he turned down several offers from other schools, including Conference USA’s East Carolina and Memphis, citing that it was not the right time to leave the Blue Raiders. Despite an overall record slightly above .5oo, Stockstill is 14-50 against teams with eventual winning records, with a record of 4-25 incoming against non-conference opponents.

Coach Stock’ has lead little ole nearly nobody C.USA Mid.Tenn.State to a freakin’ bowl bid in 50% of his little ole nearly nobody C.USA Mid.Tenn.State seasons career-to-date! That’s pretty dang great work by me. BRAVO @Coach Stockstill for carving 8-post-season notches in his mid-major, belt!!! (as 3x Conference Coach of the year for achieving that nearly seems a mite, shallow). Coach Stock’ is the fifth-longest tenured coach in the country. In his time in Murfreesboro, Stockstill has won a Sun Belt title in 2oo6 and a Conference USA East Division title in 2o18.

Stockstill and his wife, the former Sara Fleischman, have a son, Brent, and a daughter, Emily. His son Brent was awarded a scholarship to play football at the University of Cincinnati beginning in the fall of 2013 but was released to play under his father at M.T.S.U. Brent was the Blue Raiders’ primary quarterback from the 2015 through 2018 seasons.

BONUS: both sides of the ball sub’ blue-state liberally, might not wanna conserve as much game-clock; at times, as you may just get a free 5-yarder here-n-there for it. 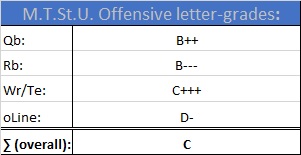 Middle Tennessee State ranks 56th in Net Punting and so does r-Jr. P1, Kyle Ulbrich. Kyle is kinda a, well, ‘necky looking guy. Not real sure you wanna fight this P here. Kyle is a Valpo’ transfer-P1 who has started 2-seasons subsequent to that over in Tennessee. So, experience is not wanting here. Nor is leg strength as Mr. Ulbrich regularly cranks out ≥50-yarders with a career collegiate long of 76-yards thus far. Kyle Place-Kicked and Kicked-Off in high school tho’ it is only in punting the pigskin where his leg-strength has showcased itself. As all his other kick-game metrics were so-so at the lower level. Punting however and you will find Kyle’s name on all pre-season national punting watch-lists and he’s prolly a fringe Sunday baller candidate to boot. (Kyle has had one punt snuffed-out in college terms career to date).

Alek’ Usry seems like the returning K1 entering 2021 as a rising-Jr. Kicker. Thingy is he split reps with recruiting steal and nugget year Zeke (neat name) Rankin last week. Alek’ was however 76% in 2019 as M.T.S.U.’s K1, albeit for Charleston Southern. Who mysteriously still has him 2021 listed? Is there a second doppelganger Alek’ Usry out there? Hmmmm… that confusion said… I am sure that Alek’ did pocket back-t0-back 28-o double-perfected Georgia High School state championship bling where he seemed to be a better Punting prospect than Place-Kicker. So, I’ma really not sure who is kicking what, here, or for whom? As the box score says these two conspired to go 6 for 6 on P.A.T.’s and likewise did not even conspire to kick one FGA last week. Go fig’ on dat… tho’ let us all hope this game does not come down to M.T.S.U. FG-kicking prowess or TSL.com will be in eat its own in freefall free for all meltdown mode either way.

Special teams will engage in trickeration be it early September or not… P.A.T., F.G.A., punt-game; gotta mind your pints-n-quarts here.

Special Teams letter-grade:
Middle Tennessee State has leg-talent… if they only tightened up their coverage fits a bit, this is an uppercase C.USA special-teams unit. Flat B for it at the moment, tho’ footsie-game they gots.

Number of Raiders who could State their case @Tech=6 or 7. 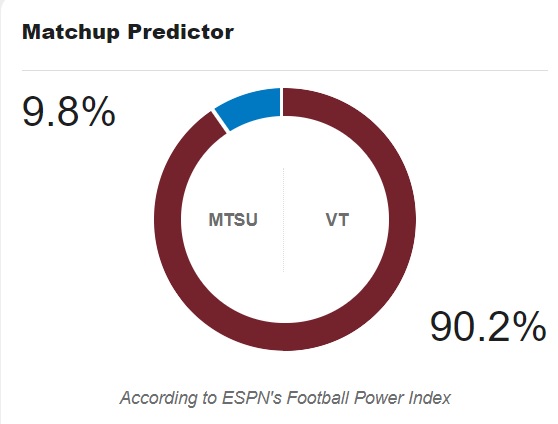 It may surprise you to know that Mid.Tenn.St. was precisely 3-plays removed from a perfected 2020!

As in three plays removed from going a perfectly bad o’fer the campaign!

As they carved out three wins by a single full play or less.

And in all frankness, one was an OT near, fluke.

i.e., the takeaway here is… Fu’ and Co. had better not get took here.
As this team is south of @O.d.u. and well south of Duke & Liberty alike.

formulae here favors: the team sleeping in their own beds… as the other team is said to have booked a whopping 8-hour bus-ride for this one!?! wowzo!

Additionally, 68% of the Hokie offenders and 77% of the defenders got t.Heel work last week. Time to work all of the Top-22 or two-deep on each side of the LOS (line-of-scrimmage) in.

#ChallangeA.c.c.epted… there are 1,440 minutes in a day and (hopefully) the O&M starters need not play mo’ than about 2-quarters-n-change in this one.

And I regret that I did, as that was one yawning festival 1st-half before the Raiders and Ichy Crane went “PEACE”-out on Sleepy-Hollow and finally, awoke. The Blue Raiders never trailed but led just 28-15 early in the fourth quarter vs. this D-1aa squad before putting the game away with 22 points. Prior to that, however, Middle Tennessee used three Qb’s against Monmouth. Bailey Hockman started and threw a pair of touchdown passes in the last two minutes of the first half to snap a 7-7 tie. The Blue Raiders managed just 36o-yards of total offense.

Mid.Tenn.State wore them down after that… tho’ which half is 3/2’s, full? 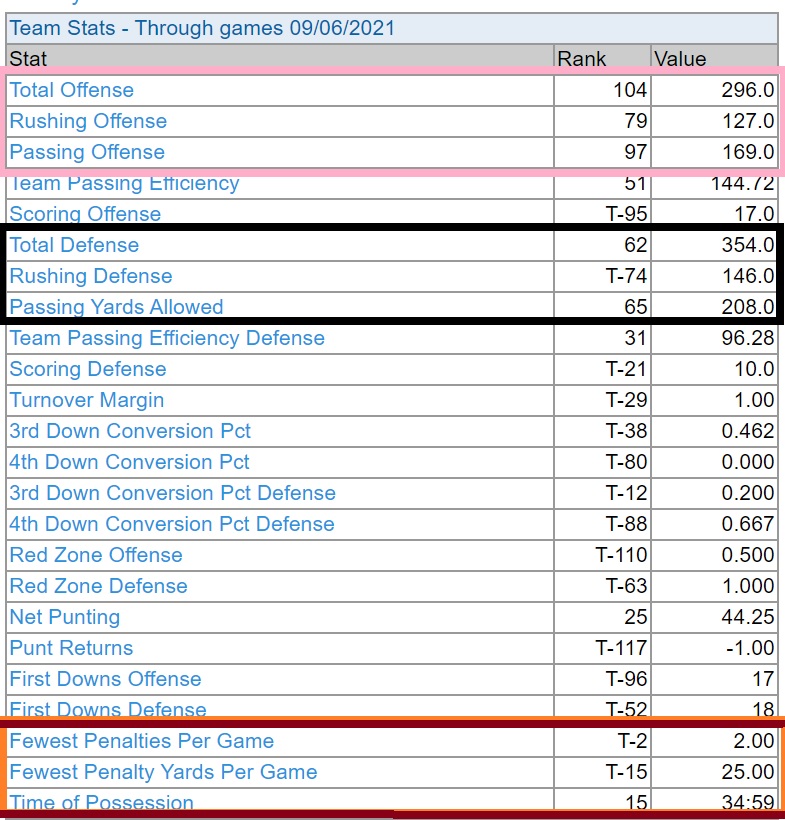 Was it only one game?
Yes.

Do we deny this?
No.

Nonetheless, opening vs. #10 U.n.c. is what we first-schoolers call: “a good look”. As we did not intro’ tally those above metrics vs. The Sisters of the Poor or vs. some dippy D-1aa chump-sauce overmatched squad.

And on top of all ^that^, we GOTTA keep these Lo.FM matriculating metrics up. Like gotta O.D. on Viagra keep it up!

As the U.n.c. effort was his most organized looking VeeTee effort in 2-3 seasons of ball.

I hit what I need to w.v.u. hit reps wise here— albeit while being pretty basic, pretty cost-cutter, pretty vanilla, and try to get the 1’s the 4Q, and hopefully the 3Q as well 100% off. I work the Mo’town basics and nothing else.

Hopefully, we are all about to witness a VicTorious slapdash of a P.D.Q. M.T.S.U. football game.

As the Training Room bed-check and the P.T. (playing-time) metrics are prolly what is most exit-strategy curious come Saturday ~6 PM give/take.

Because sans being found guilty of some version of sleepyhead 2 PM wake-call truancy?

Virginia Tech really should take the cheese here and this just in…
… rain is (still) rumored to be, wet. 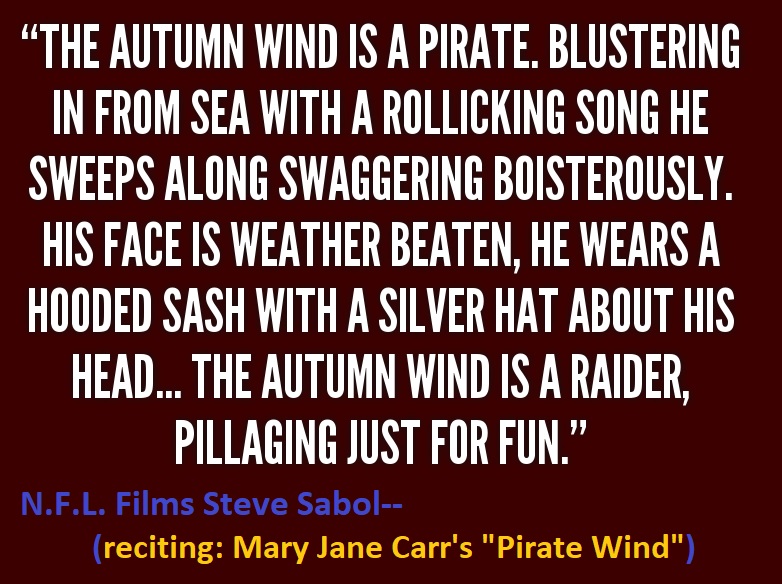 That not very impressive candor rightfully said… do recall what “Mr. Clutch” the Association’s very own 3o4 logo taught us all regarding the two telltale signs of truly great sporting teams…

Here’s hoping this one is mo’ parts the second-Westros part and less parts the, former.

Because if you ask me -and you did via reading these very words- if you ask me… methinks we experience a fu’ddy-duddy kinda afternoon.

As we have an entirely serious Dub.Vee raiding effort that will serially mentally confront
and truly physically put us to a medieval gridiron device up next.