The Hokies now face BIG-name Notre Dame. Everyone is about to face the storm of 2o22 or a pasty-looking whiteout along the Appalachians. (God Bless!). Still yet, the Fighting Irish enter the fray at an improving 1o up against 5 down overall, and .8oo or 4-1 or a near shock-second-place in the Atlantic Coast Conference this far into 2o22. As these Coach of the Year garnering Irish now travel (pardon the pun) 569-miles So-by-So-East to attempt to lay hoopology warcraft siege to our very own Cassell. And a word to the wise… go Coach Clement Clarke Moore … and sleep on this Irish squad at your very own mid-winters nap risk. Nonetheless, what you wanna know is… who is gonna win and by how much, rights? So, read on… to find, out!

Daddy Brey has two children – Kyle and Callie – and a granddaughter, Olivia Marie. Kyle was a Te/Fb for the University of Buffalo from 2006-09. Brey’s late mum (Betty) only held the
world record in the butterfly events and competed for the United States at the 1956
Olympics in Melbourne, Australia. God Bless.

6′9″, 23o lb., Paul Atkinson Jr. is a senior year Grad’ transfer from the Ivy League. Where he ran ball in the S.A.T. Bowl for the Yale Bulldogs and netted a Business School (Finance) swagg fo’ it to boot. MEGA .edu props for dat Paul. Fiscal Godspeed in the game of… life. As the game of hoops goes… P.A.Jr. gets you 11.4 ppg and 6.3 rpg on an on-trend 59% at the scorer’s table subbin’ in. Two years back… (he sat out last cv19 season) he only knocked in just south of 18 ppg and 9 rpg for the Yalies while only carving an: The Ivy League Player of the Year Awarding winning notch in his bulldog collar. Hollaback hommie. Ditto only being Yale’s all-time leading shooter for a career at a truly stellar .661 or about 2 ‘n 3 makes overall! wowzo! Maybe Paul shoulda majored in Solar-Carpentry? As this kid prolly does chart as an export level hardwood pro’. Paul was also only ranked by ESPN+ as the fourth-best transfer prospect in college basketball in 2020-21. Did they spellcheck on: ‘third’ (or even: ‘second’)? Pretty body-shaped developed Gilad ESPN2 kinda guy back in the day. Kinda looks a bit like Derrick Coleman bleached out a bit on tape. No relation to The Zombie’s HOF lead-guitarist that I could find. Helluva a pick up for n.Dame and a kid will a helluva a future both on and post-court. (Pardon the double äntändrə). 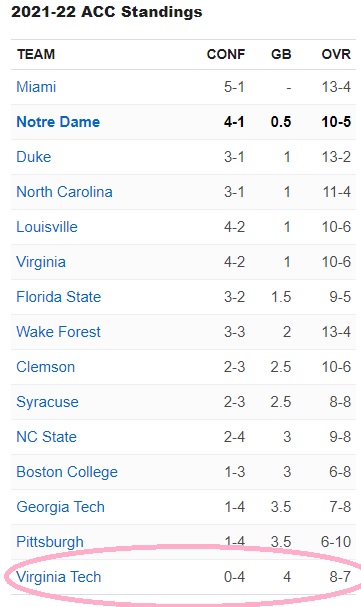 Stanford transfer and last year’s necessary sit-down Cormac Ryan is a 6′5″, 194 lb. Junior/Senior reclassified baller with rulebook (now apparently) resolved eligibility issues. Tho’ his current So.Bend averages of: 8.2 ppg with 4.2 rpg and 1.8 apg per virtually matching 40% shooting from the floor and 38% from downtown seem rather rural to me. The rep’ here says that Cromac (cool-name) is a pressure-defender who can shoot and that’s not the worst scorers-table medicine coming in off your bench let me tell you. 85% on the FT-line is not a guy to horse-around with after practice, either.

Trey Wertz is a 6′5″, 192 lb. Jr. year off-G by way of Santa Clara. Where he netted you a credible-looking 11.9 points, 3.5 rebounds, and 3.9 assists per game with an engaging 40% from deep. Or at least he was… this year Trey is all the way down to: 4.6 ppg on 2.1 rpg and 2.8 apg. Father, Langston Jr., is a sports reporter for the Charlotte Observer— doubt that hurts, and Trey had good N.C. H.S. numbers. Good, not great or epic. Tho’ this seasons’ 31% from the floor and 25% from trifectaville reveal a kid who has missed a couple of games and been dinged-up a bit this campaign. Coach God Bless on dat. As poor Trey’s career digits have gone from: nearly 12 ppg, to 11, to 8 and now to the aforementioned 4-n-change ppg. Dang…

…it is really getting hard to be taken with this 2o21-2o22: “mercurial”, “underachieving”, or just plum ‘uneven’ men’s hoops club of Virginia Tech. 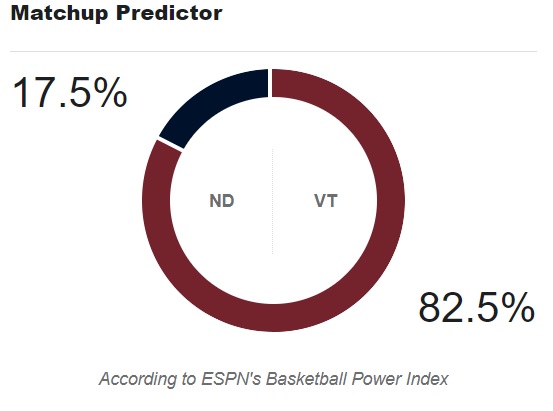 Something is just ‘rong here… be it…

I can tell you there are no torpid tales —or something chemical or locker-room wise. At least none to my privy. And yet, it is beginning to have that kinda feel… or: “When you have eliminated all which is impossible, then whatever remains, however improbable, must be the truth.” quoting: Coach Arthur Conan Doyle.

Something is mucked-up here gents.

Our handy-dandy friend the so-called Forum Guide of Graham Houston fame is calling for a next-time raincheck. As these two are just missing on the All Championship Conference docket overall.

The most recent 5-game metrics say that… the Irish are now up +2% in shooting percentage margin (all on O, with D nearly equal); then we sees that the Lepricons are up a substantial near 11% in 3-point percentage margin (a bit more on O, tho’ ahead on D too), and the F’n Irish is now up +2 caroms in |absolute value terms| in rebounding margin in the last fortnight on the backboard. (All due to the Hokies being negative of late, whereas the Irish are just breaking even on the glass).

Dr. JACKYLL plays HYDE-n-SEEK?
Winning games by an average margin of 26.8 points and losing by an average of 7.3, Tech has struggled to put teams away, a most odd characteristic with so many veterans in the starting O&M lineup, including top Sr. season scorer Keve Aluma (15.7 points per game).

X’S and O’s:
Coach Brey’s kinda soft-zone D you ask? Geared to fight backcourt via playing ‘wide’ and trying to take away distancing in the spicey Curry era from behind the arc.

The Hokies like to think they should be an NC2A Tournament contender. Nevertheless, our record says we are in the Atlantic Coast Conference basement.

If you ask me -and you did via reading these very words… they had better think about justifying the N.I.T. or C.B.I. or C.I.T., first… or maybe even… last?

Pensively enuff in lieu of being… spring, broke.

Thus making this one my well-fabled proverbial “…two ships passing in the night.” 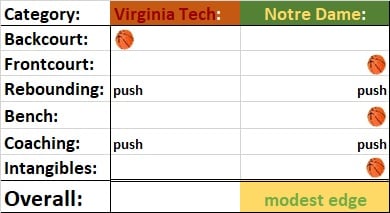 Caveat being… is N.Dame really this good -and for that matter- is V.P.I. really that bad?

Eye can listen to either one either way… as the toggling of the Irish rotation is
still baking my myspacebook brains that this team has social-needia
not only held it together, they appeared to have prospered for it.
(Go fig’ and kudos on dat to boot).

Or to put it another way… where is ’73 Bobby Stevens when you need(s), him?

…unless here we go (off) mercurially, enuff?