Virginia Tech football and pretty much the everyday happy-go-lucky fat-n-happy world as we know it are now all standing on our collective heads —and gettin’ shook for all we is worth.

Personally, you, me, and this puny little third rock from the Sol System’s Sun are spinning. In more ways than sum. Nevertheless, one of the few things I know about successfully getting through tough things is… to maintain the routine. Coach God willing, if you go gym it up for an hour per day under normal circumstances, you now (home) gym it up for 4.17% of your day. No falling apart or letting go of the 0-minute self-sorry pity-party rope. And no burying yourself in your work, or your gym or anything else. Stress finds you. Because unlike any work, school, or play routine, stress never rests.

I for one am gonna pick up the pieces and soldier on for Will & Chris, and the TSL.com faithful. And remember, as the Desert Fathers’ oh so sagely still teach us today: “…fear is the enemy of Faith.” So, here we fearlessly go, as we go back to some real live Virginia Tech football coverage and some things that jumped out at me heading into a now canceled Spring Practice 2020 A.D. —and what this will mean once normalcy begins to fall back into place. Or once it is time to ‘ring’ our very own Liberty Bell come IX September 2020 A.D. Again, Coach God… wiling!
“Please be willing @Coach God!!!“

Eye was ‘rong.
At least partially… so hear me out…

Last year someone who looks an entirely lot like me, said that J.Hewitt was a Dt2, maybe even a Dt3.

Turns out he was at least not less than our Dt2.

And he prolly was actually our Dt1. Or our zero to two-technique alpha.

*When* his fuel tank was fully fueled.

As in… early on in a given series, or about two consecutively series or about 7 to 8 plays tops… j.Hewitt was just downright tough to block. Nearly a “dusty” Cascades Falls rhodes bull-of-da-woods, very at times, actually. As j.Hew’ played with a little Buddy Ryan “danimal” George S. Halas Courage Award-winning northward killer instinct type of thrust. Again, when #55 is locked, cocked, and ready to rock? He’s a rock thrower indeed. For something akin to any drive that lasts not less than a couple of handfuls of hard scrumming hard-fought hard-won downs. Say it Stomp The Yard wif’ me: “He’s a beast, a beast!“

His petrol tank empties quicker than you’d think. Take a looksee at the end game 4Q longer drives vs. hooVa and in the Bowl ending in particular.

As me and coach Benjamin Button find this to be most curious indeed. As Hewitt was your 2019 Ironman Champion! Recall he did not break FLA high school lifting marks, he smashed them. While being a very good deal lumpier/larger and less fit-looking altogether by any calculus. Now, maybe this has been done at the expense of more traditional ‘wind’ or C&P (cardio and pulmonary) type of training vis-à-vis? Or maybe he just has Wlad’ Klitschko -esque small lungs? Don’t know here… I do know that I was ‘rong however early on last year. For at least a good 7-8 downs. Nevertheless, seeing Hewitt take the next/final stamina step would go a long long long VT dLine debuting B’lo Bills ex-coach {sic: Teerlinck} way. It really truly would. And now was not a good time for a kid who needs elongated end-drive ‘oomph’ to miss spring & early-summer formalized mandatory-voluntary S&C and C&P fitness regimenting.

This from a true stud power-lifter competitor in FLA, tho per a mucho bigger/thicker heavier-set in his northern-hemisphere. This is j.Hew’ Lyte as your Dt1 at Virginia Tech— trust me on this.

Tho’ this is also an obedient sort; a throwback gridiron scrapper if you will as this kid would have no problems Hokie-stoning with Vincent Thomas Lombardi Jr. -the 7th block of granite, recall- his ownself and versa-vicea.

And it would prolly vault the loveable worker-bee extraordinaire j.Hewitt off of: “Honorable Mention” All-A.c.c. status into full-blown 2nd string all-A.c.c. status.

j.Ham D NOT installed and way way behind the learning curve for it. (part III)

Hate this too… as me thought the Fu’fense finally had the balanced-O fu’lcrum right in the middle for the first O&M time ever. However, now methinks we are gonna be a few bricks shy of a load here.

Now before you get your Wr’s and Te’s innuendo knickers in a twist… recall who wrote what regarding which during the last pre-season.

Eye wonder who wrote about the 2019 throw-fits being all kinda overhyped and oversold? The inverse of contemporary 2020 oil-pricing if you will? (as recall Ry’ on wheat was just not a hedonistic dual-threat Fu’fensive Qb1 fit and the metrics provided stipulated that our 2019 catch-crew had a hard time catching a cold in 2018 statistical terms).

Well, now our Top-3 proven pass catchers are gonzo.
Our best, and entirely Fu’fensively necessary -just ask the final failed consecutively fade-patterns @G.Tech tries two seasons ago if you doubt me here- well now our best and entirely Fu’fensively necessary outside-Wr is gonzo. Our best and easily most versatile H-back/Te hybrid kid in at least half-a-decade is New England repatriated. And a very useful and rather talented and actually kinda mean-spirited Wr2 is gonzo as well.

(pardon the positional pun); though, do you detect a pattern here men?

Plus our likely returning or maybe just shortened prep-time Qb1 has targeting software foibles in no small measure. (in particular when it comes to missing high; like Sergei Bubka pole-vault high)

Do you detect an issue here men?

Now detect this… although our (hopefully) primed to go a legit 8-10 deep Vice Squad Line -for the first time since the last Druckenmiller bowl game vs. NEB mind yah- although it does court a few aircraft carrier guys… a few possible road graders, and it absolutely does indeed do some sharp work downhill…

i.e. that, and in addition to a whole mess of Wr and H-back/Te experience and learning-curve effects that just kicked us to the curb… our more kinetic or explosive hitting peeps seem to be the ones who leave first/earliest. (on O & D alike mind yah!)

A most curious heretofore subliminal trend, n’est-ce pas… is it not?

That’s the news… the (semi) decent news is… well, the Fu’fense lives behind on the Power-Curve.
36″ inches or the proverbial: ‘three-yards and a cloud of dust’ this O just ain’t.

Ergo, lacking Black-n-Decker power-parts may not be as conspiratorial or antithetical to success itself here as it would be elsewhere. As the Fu’fense is such a very TOP-down or succinctly and highly specifically coached-up offensive-set in the first place.

And yet the All Charmin Conference is such a short-circuit(h)er.

And with several rather handsome and noticeable Wr/Te parts missing…
can Fu’ and Corny stand to eschew some throwing and start chewing
some glass and spitting ground-game
or ground-gain nails?

Recall 2018 and our preseason 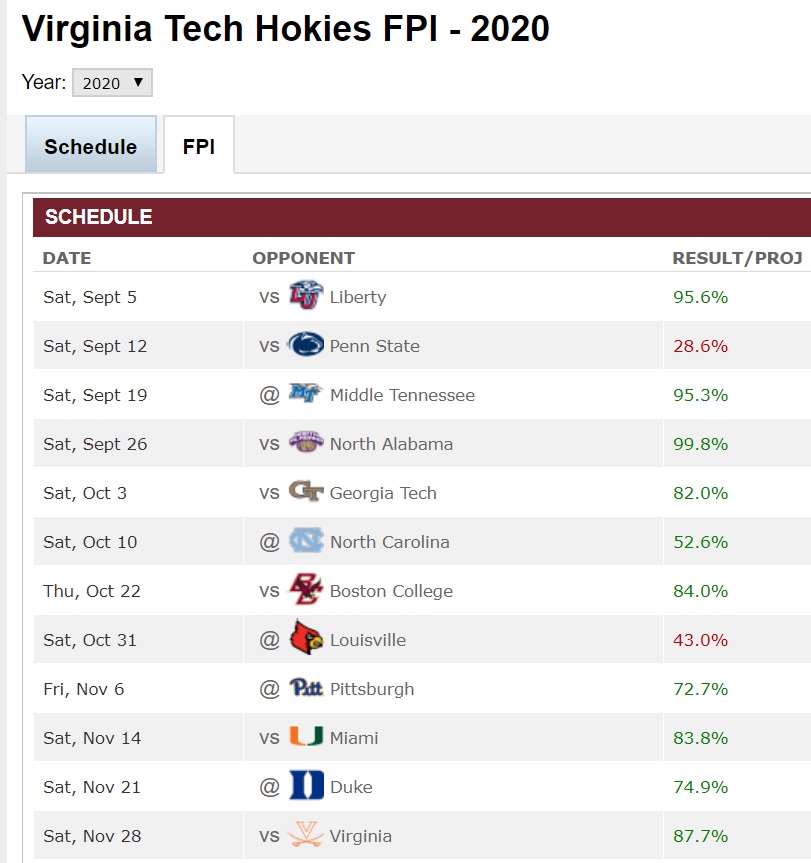 …our lowest ranking voter (45th) was incorrect— same as 100% of all the rest. The only difference being he was least incorrect in the end.

Fast-forward to 2019 and how epic our pass-fits would be and (yet again) our overestimation pattern (pardon the sporting pun) continued again.

Not quite as severely in all fairness, granted… although still missing accuracy itself by an easily 10% to 20% price-point inflationary economy on VicTories themself.

Though as you already know on the marquee… here be were real men congregate and speak truth to the power.

We end up back in Qb1 musical chairs. VT.Music.Dept. insert (___🎵___), check. Hooker never upgrades the G.P.S. or the gyroscopic elements to his throw-game targeting-software. This is fu’rther exposed by 2020 pre-season attrition at outside-Wr and Te/H-back. The O&M green eggs and j.Ham defense never gels. As it opens 2020 quite a bit behind the learning-curve and never mind the experience-curve itself. Place-Kicking faulters or yacks a win up and well, there you nadir or cellar dweller worst-case go.

And yah; I know -people are dying- tho’ this spring-ball cancelation really virally really sucks for Fuente. As he was as close as he had ever been before the catch-corps early-entries and this viral outbreak (St.Nikephrous bless) to finally turning the proverbial Jamerson corner. He even had his fingernails firmly placed and dug-in for the first time ever on the corners’ far side.

As a searching for the bottom or a lowercase moment is not beyond the realm of possibility or belief here folks.

Tho’ this will have to wait until we all ask the 10th month of the year (i.e. October) just how all of that tastes. As things are pretty dang September scheduling predictable in my book; (see: above graphic). After that our gaming R.A.T.T. probabilities drop. By a good 30-40% expected-outcome percent. Think about that one for a moment gents‘…

Centrism or moderation or middle-of-the-isle politricks is typically not for me. As ‘the truth (seldom) lies somewhere in the middle.’ As the truth never lies, because lying is for rugs.

That caveat firmly in place… a middlecase projection is in order here. What if we really are a rushing stalwart 2020 team— (even if we outright lack passing fancies)? What if j.Ham’s system is basically a slightly craftier Bud Bôck microbrew and actually not all that dissimilar? Or at least not all that hard to instill even if it needs a month+++ to fu’lly ferment. What if ST’s (special-teams) really are special and give us a leg-up at least once outcome wise? 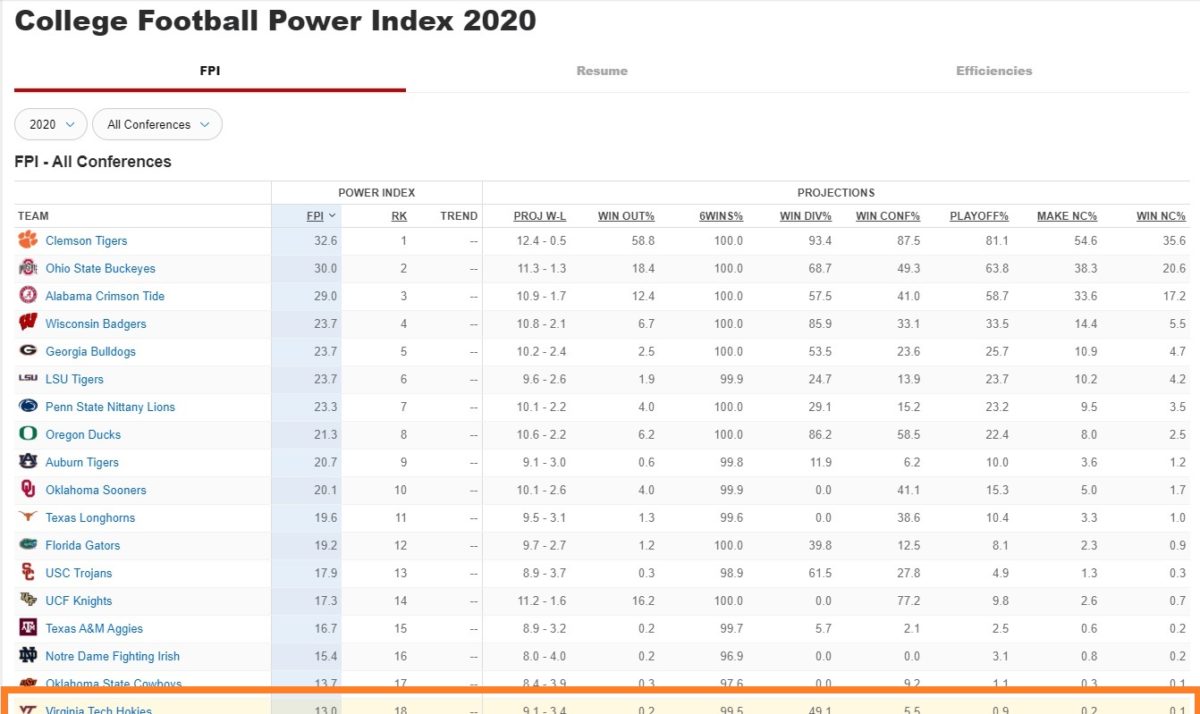 None of that is umpossible— at least not to me and my committee of one.

(and  Eye would surely encourage ANY possible rushing vector @the All Charmin Conference 25/8, 367 for this leap-year). We do this and everything else gets a bit easier in terms of Time of Possession (TOP) and ‘predictable outcomes’ ball-control itself.

2020 P.A.T.T.y–cake best–case:
This was the easiest section to write… as anywhere this side of ‘Bama or Clemson or something with true Constellation Class firepower on their depth-chart 3-deep… you gotta stay pretty dang healthy -which we have not been for three straight years under Fu’ and Hilgirth mind yah- and then you gotta catch a few quad-hub or four-leaf clover kinda lucky breaks. Why and when that happens to a given club, I have no earthy idea? (that’s Coach God’s playbook folks, not mine…)

Nonetheless, these uppercase years do happen… just ask: 1999, 2005, 2007, Frank’s last 10-win year and prolly even Fu’s rookie Coach Next year by-the-bye. And quite frankly, one could R.A.T.T. argue that all things O&M are indeed good-bounce fu’lfillment due. 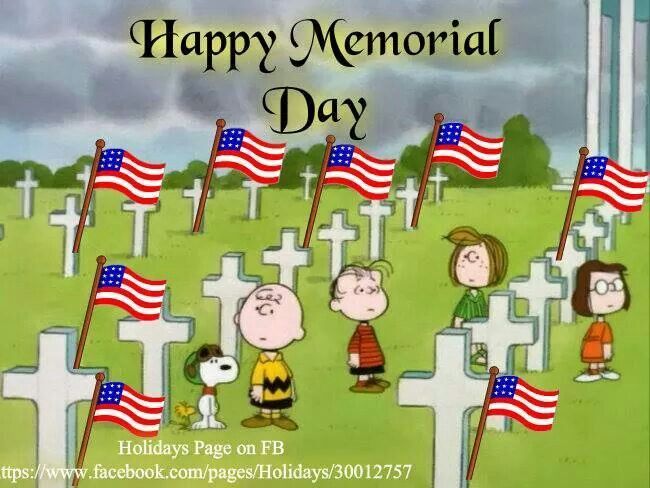 Tho’ that’s exactly and entirely what we need to get back to double-digit or 10-wins sans a rocket baller on either side of the LOS (line-of-scrimmage).

Plus, Fu’ as the ultimate signature systematic poster boy kinda coach… well he needs to get away from this 1-n-done look at Qb1. And go-on and matriculate some real-live systemic experience and learning-curve effects at Pivot. This to make sure that all his and Corny’s back of the playbook or appendix bell’s and whistles are fully Qb1 head-game uploaded and therefore reflexively (not reactively) ready to outright react. Not read. Respond.

Be this prosaic of me or not, Eye for one would love to glean what the full Fu’fense really looks like as it did have a certain shine to it back in 2016 when it courted more experienced and well-seasoned upperclassmen parts.

Feel better TSL… better days are coming… at least for the next year or two.

Virginia Tech's next football game SHOULD be... when???

Have Eye made a major (overestimating) misQ here?
(or at least a Lieuteient sized one?)
Ask… (PART III)