Today’s word of the day is: how

“I wanted to answer up here, separately: My biggest regret is that once Frank made VT good, he lacked vision to make VT GREAT. He stuck to the things that got him there, instead of building on them.

Probably where he really, really failed to reach for greatness was to leverage VT’s popularity into improved, top-ten level recruiting. He stuck to what he knew: boots-on-the-ground, relationships-with-high-school-coaches, in-state-oriented, family-style recruiting.“

(READERs note: this dais is only re: Recruiting, not coaching hires nor auxiliary football staffing expansion thereof; which, yah; I’m kinda forced to be in league with Will there, …poor Will!)
; )

Now here is the next step question of all O&M gridiron questions:
Was that next “great” Recruiting step umpossible for Tech to take?

Hmmmmmmm, I won’t officially (on/off) the record publish: “yes”. As we prolly could have been a little better. Although there is a reason why no new school has won a M.N.C. since 1991. There is a reason why every modern era M.N.C. winner has a >85,000 seat stadium.

And yet here we are at the dawn of the time of the year that drives me most batty. In particular after any version of Staffing turnover. Formulaic message board drudgery insert here: (_______) check! As it typically formulates itself as something like this…

“Curt Newsome is a great offensive-line coach; and he can recruit the peninsula!”
“Coach Grimy is Roadhouse bouncer bad-ass, and he’s the “tip of the spear”!
“Scot Loeffler is the BEST bourbonstreet! We should have hired him a long time ago.”

On and on and on… Sans thought.

As try as we might, football still ain’t rocket-surgery folks; and the mind is still the largest muscle in the human-body. Well, unless of course it ain’t. As now it is coach-Fu’s turn to go round-n-round on the TSL regurgitation driven can do no ‘rong message board lazy Susan. With all do reverence to cows everywhere -one 0f which just so happens to be on my plate- …maybe if we keep saying it long enough it will  actually come true; well maybe; just this once?

And yet now we’ve actually started claiming that punches that were never ever thrown in the first place, not only landed; they landed via a major re-visionary recruiting kayo? Huh??! So what’s a Frank to do…?

Now gents, let us agree to attempt actually engage in thought in lieu of pure reaction(s)… accordingly; what was my boy Frank gonna do to make that national Top-10 Recruiting reach again?

A it is no better than softball batting practice with an aluminum bat on here just to say that and walk-away. Me? I need to back that up with a walk-off HR baby!

Why you sagely ask?

Because Frank IS unique in that respect. Because what Frank did is unique in the history of Virginia Tech football. As there are reason(s) as to why it is unique.

Everyone sooooooooo sure Frank left this alleged greatness next step(s) on the O&M table in Will’s thread. I’ll take side bets right now that no coach in my lifetime tops Frank’s best 7 year run at Virginia Tech. Or wins a M.N.C. for V.P.I.

As this is to the very point of why someone has posted the same basic thread on the TSL.com pay message board, three times now, asking: “…how is Coach-Fu gonna take back the Tidewater? How will he keep the S.E.C. poachers out? Or how will he successfully, solicit four and five star outta state talent(s)?”

After all, all you need to beat little ole me, is:

As -and make no mistake here gentlemen- that right ^there^ is the  next step measuring stick!

As everything else is somewhere in between total kitsch at best, and total bunk at worst.

How  is coach Next always the best –merely because we hired him? And how does coach-Fu objectively drain four to six keepers from the in-state Top-10 tidal talent pool, over in the 7-5-7 deep tidewater itself?

A JuCo you say? Maybe even a JuCo here a JuCo there? Aye, they’ll help, although this side of Walter Payton or Jerry Rice, how is one or even two code for enough?

So please stop telling me it could have happened (…under Frank). That’s a snow job in July, “…baby it’s cold outside…” And don’t bother telling me it Will happened under Coach-Fu, either. Unless you do bother to tell me: … how. I’m game, I’d love to learn how, pick me! Pick me! Because, why do we keep saying it will happen when we never once bother to publish how? (or did that just make too much sense?)

My-oh-my, my fellow Hokies, just R.A.T.T. look how far we’ve moved away from our black-n-blue your lunch money=our lunch money A.c.c. entry days. Remember that? Way back when we the Big East bully down-voted your chances to win via punching you in the face!

So one more time gent’s, be it Frank’s (alleged) Top-10 recruiting malaise or Coach-Fu’s inherited Commonwealth Top-10 recruiting funk –these could have been improved, or now need to be fixed, respectively. Okay, maybe, Will is right…

However; would someone, anyone, … please just tell me… how? 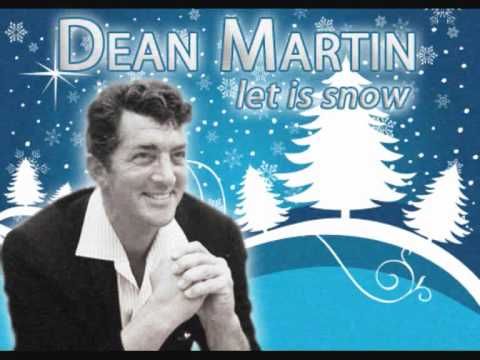