Very soon, well semi-soon, well, sooner than you thinks… August Camp 2021 will be upon us!

Intrinsically that’s why Eye’ma here. To deal with and deal on the lack of extrinsic information dissemination. Except a fu’nny thing happened along the way to the Corner Drug candy store. This is to say that not much happened this spring. (at least not in purely football ‘trinsic terms— as Lb7, Isi; whose name literally means: “Consecrated To God.” did happen. Tho’ that story violates at least II, some might say III of my IV “thou shalt not cover” publishing commandments). So, this spring was a rather sleepy one in lieu of the off-field non-New River catfishing. The alpha cash-cow of off-season publishing: the Qb room was hollowed out; and beyond that icky downtown harshing; this was the very O&M Mellow Yellow of a Spring ball that Fu’ needed raised to the craved power. Ergo, therefore, to Whit, this off-season of coverage will be a bit differential than the three or even fourscore stories galore off-seasons before. Nevertheless, this website is NOT where dull goes to die and there are a Fu’ very interesting things to cover… that is; if you only know where to dig and therefore where to look.

Eye in the Sky leftovers/tinfoil:

Wanted to rehit this… as I somehow fouled up and C&P it into my fu’ture tense notes… tho’ do Eye in the Sky recall… they said that the uva-Lb’ing stud being out was a reallllly big deal upon breaking take. Accordingly and to take what they told me fu’rther…

Check it… because an incoming and frankly downright ‘solid’ as could be 46th Defensive F.E.I. Rated wahoo stop-unit fell like a rock sans their cavalier L.C. Greenwood 2nd-layer looking Linebacker.

Observe that uva gave up four, that’s (4) different Home-Run plays (≥40-yards) vs. little ole v.P.i. 50% of which produced 42.2% of our VicTorious points tally on the day! Think about that one for a moment my armchair Qb purists.

Recall… this was an incoming very ‘solid’ uva D, that (hooever) was not all that bendy on film. They were stiff (even with their gangly-looking Lb1) all year long in a word. This is evidence by their finishing 1o6th (DPP), opponent offensive touchdown rate; or in plays that went to the opposing O’s house. Now short-circuit a 110v set of speedsters all the mo’ and suddenly you can see why an erstwhile entering very respectable uva-D literally did blow a Commonwealth Cup… Fu’se.

And the incoming pretty starchy 37th ranked cavaliers rush-D suddenly finds itself in a nearly virtual bicentennial –200 ground-gaining deficit whereas the Fighting Gobblers find themselves Commonwealth Cup drunk. You do the maths…

And Fu’ & Corny are not getting their run, here!
They hit them where it hurts the most.

Do we start where we, finished?

Last year (2020) we finished at a wicked 11th best in opposing Qb1’s sacked and at a disruptive 25th best in TFL (tackles for a loss) inflicted! And not incoincidentally, we finished a hawkish 17th best in opposing passes pilfered. And yet— we were a lamentable 85th vs. the run and a nearly pitiful 1o7th vs. the pass! Huh? Or in other words, where would our 106th Total D have finished if it did not ‘plum git after‘ the opposing O via producing so many chain-gang chasing or negative Lo.FM, stops, and pigskin swap meet INT’s?!?

^this^ heretofore never seen before Bud Böck statistical madding discrepancy is not “big and beautiful”, that’s a downright bad look or what have you done with yourself?

^that^ all science-fact Coach Spock rightfully struck… there are those on the opposing sides of this industry that say they welcome playing our 2020 D again in 2021. As there are difference makers or freaks you have to account for R.A.T.T. at how many 2021 positions? A De who has only been a De for a year-n-change longer than you and I have combined. Then a very solid Dt, a formerly displaced Mike-Lb who really needs to contract-year shine. A pretty good hitter at Rover and one pretty dang good Cb who was seriously dinged/dented-up last campaign; two other youngling and interesting secondary ballers on the come plus a few other just reasonable pieces here/there.

So, just how phobic do you R.A.T.T. expect our 2021 opponents to be of ^that^ on paper? And although the 2021 D is not as Jenny Craig or as thinning as the 2021 O is… it ain’t exactly Marianas Trench deep either. (enter: Linebacking or 2nd-layer experience and cue: Ss/Fs/Rover which really needs to settle down and settle into a 2021 careerist growth curve for V.P.I. A.S.A.P.)

Yes, they should be better than ∑=106th best.

Is this true?
Yes.

Do we deny this?
No.

However, how many Ulysses S. Grants are you willing to wager on just how much {sic: better} they will be? (see: VTizzle down below…) As just cracking 75th best and being basically a C— halt-unit would be a helluva smart statistical climb most campaigns. And sniffing up on middleocore after 106th best is code for Broyles Award voting.

Me? With really quality health?

They may just surprise and move more than 1-2.5 Standard Deviations to the good. Tho’ that’s prolly code for 50th to 70th best. And with bad health and questionable depth behind all of that,
the 2021 stop-unit could prove graphically deviant indeed.

And yet the Lincoln-Logs and erector sets seemed to have come up a few bricks shy of a replacement P1 and K1 load. As there were a Fu’ whispers of our going questing for some immediate portaling or walk-on competition boosting help here. From what I have… there are two reasonable lean(s) here for P1 (p.Moore) and K1 (J.P. Romo) priorities; tho’ some say the lean is a narrow one. Pisa -esque. Some say our next K1 was some else’s K1 to boot. So, let’s see if any incoming roster acquisitions are made, and then reask this one for a reup by late August Camp give/take.

And although the coverage teams were 2020 strong, 106th in Punt Returns and zero that’s (0) Punts & Kicks blocked combined really does need to move/improve.

As in two once-a-decade pure stud oLinemen -or 40% of our best blocking troop since c.News’ DeChris, Nosal, Brooks, Lanier, and Miller pentagon of blocks- and a possible once-a-career Rb talent have joined Coach Elvis and left the building.

This from a 2020 Fu’fense that despite something of a yawning festival midseason (moderate) slump, still finished 46th or better in every single one of the Football Outsiders advanced metrics. Think about that… because where do they finish with a fully available stud and N.f.l. workhorse caliber Rb1, with good health at the Pivot or Qb1, and with better health/availability in the catch-corps and on the oLine alike?

I mean… just talent-wise?
You could construct a fair-to-middling argument that 46th was the Fu’fensive worst, case.

And although I may only have 36-hours of McBryde Hall calc’ and stats, if they had all pretty much remained upright and locked, cocked and ready to rock? I’ma pretty sure that encodes for somewhere north of 46th best on O in every single one of Football Outsiders advanced metrics categories. Which I for one nitpicked looking for just one single solitary outlying 2020 weakness which I never ever found. (And frankly, it did NOT feel that way upon breaking 2020 tape to me— did it to you?)

Nonetheless, the 2020 Fu’fense finished 2020 with a staggeringly high run-shape favoritism of ~65% ground-n-pound as opposed to a relatively meager 35% bomber command or aerial look.

By the end of November, this had reduced even fu’rther in favor of trench-warfare as our run-shapes were hovering just below 71% itself. (With ~only 3 in 10 odds of attacking the enemy via the 2020 O&M Air Force).

The 2021 Fu’fensive catch-crops could be a bit north of the 2020 grab-gang. Granted… tho’ just how much? Likewise, the 2021 run-fits or the mudders version of the Vice Squad already forecast a good deal more acute than the obtuse pass-pro’ reports from springball 2021 (left or odd side was shaky at best/at most in pass-protect). And fu’rther… just how much do you wanna risk your 2020 Qb1 run-fit matrix of a staggering 40% of all 2020 carries being Qb1-keepers when you are basically 2021 Qb1 deep or Qb(n)one deep behind that?

Nonetheless, can he fully BAXcinate into a pretty solid 10+ game 2021 healthcare provider however is another ask entirely or indeed?

Or in other words… Fu’ and Corny need at least one legit Rb1 to emerge like a dead man needs a coffin. (Maybe even a good deal mo’ than that).

Because if one does not?
(or maybe even a true breakout baller @Wr?)

Mark my words here men… this will be a nickel-n-dime offense.

Hunt-n-peck. Or, aquarian in a… word.

A spring that never really… sprung?

LOT less wasted ancillary or extracurricular energy in camp this spring. NOT quite code for mo’ chi (Chinse for energy) or enthusiasm itself necessarily, just less wasted energy. Meaning: less critical coaching and more corrective coaching. Or another way to say this is to say that the knucklehead ‘ear-game’ or ability to listen and take coaching the verb as: “correction” is way way up this spring per dustup type of fires that needed to be stamped out being way way down. And this is a welcome auditory/implementory change of pace or change of peace to be sure.

A.c.c.ordingly, there were no real storylines, taglines, or mytharcs… no Qb1 musical chairs. This is celibacy itself. And Qb1(s)’s dickering it out is *the* off-season sex that sells. No real controversies brewing or swept under the O&M rug like before.

Odds to NOT be coaching the same school in 2022:

Now, let us look back for a moment and think about it… and think hard about it if you are in the appetitive for change or Δ-Fu’ crowd…

(…and yes-yes, Eye of all fu’lly know; thinking comes every girl is pretty every girl is beautiful Social Needia hard these days. Nonetheless, humor my precocious cognitive side here…) 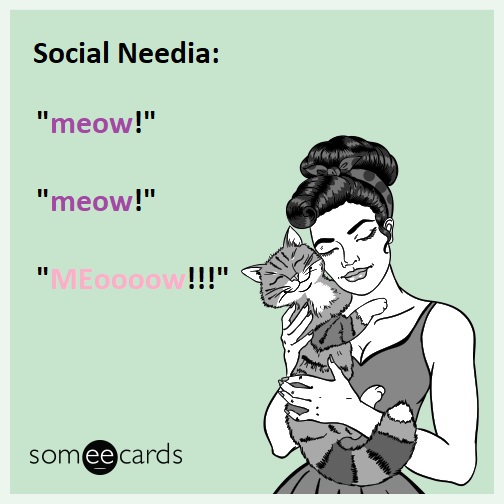 Let’s say Whit did somehow obtain gar-ron-damn-tee’s to fu’lly buy Fuente all the way out… and he HAD the monies!

How bad does this much-maligned and even more-so post-uva upset victory and picked-over pressor look now?

Because what do you do with the 12.5 XXXL that you did not use to buy Fu’ out? (In addition to buying the weightroom some new, plates, I mean).

Would you not be tempted to keep it— or at least beg the deep-pockets permission to keep some of it in shutdown/lockdown balance-sheet teardown fiscally sanguine finishing very much in the O&M red kinda year?

’cause if you did HAVE it (in lieu of the pledge, meaning: cash-in-hand, liquidity in an account(s)); and you still did NOT off-Fu’? How big of a wimp-sauce dip would you look like, then?!?

And yet FU is still coach:

I mean if you do not ax the guy after this last 3-year-circus of:

LOL I mean… which photogs of Whit’ does Fu’ have?!?

That all being rightfully said… and either/or way…

Actually-n-factly: We STILL kept him?

i.e., I mean, after all of ^dat^? Well, what in the “Wide Wide World of Sports”
would it take to actually unkeep him ❓❗️❓

Fu’ud for (next time Tech) Thought(s)…

…and… is it just possible that Fu’ is actually coaching (the verb) his ass (the noun) off? 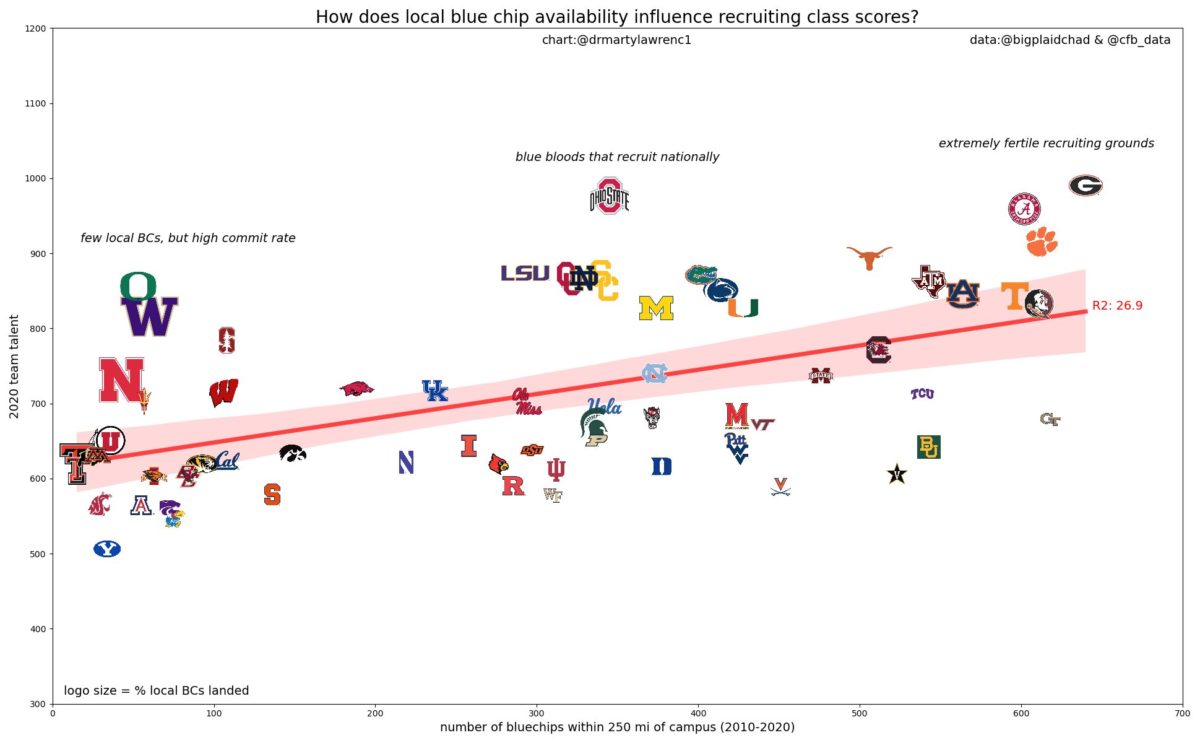