Very grateful to you fine FREE gents this summer——>b.street!!!

Presently, the scoreboard shows that we have been breaking records and that’s never a bad thing. So Thx at Coach God! And thanks for all the comments and replies and for pretty much: “representin’ and keepin’ it real”. Sans any and all TOS or suspensions or warnings or any of that mitchy cucked-up type modern era social police self-assault “bleep”.

I could not be more pleased. That being said… I do wanna take a final run at the (immediate) Fu’true of Recruiting. The 2019 S.O.S. (strength of schedule) metrics and what they really mean or really… don’t. A looksee at two of the Top-3 pay-side Q & A’s this summer and finally a fundamental look at a few 2019 August Camp movers and shakers. So here we go as this may (possibly) be the last Tech Thoughts before the @B.College preview, drops.

So after my very first , I mean, dabblings in recruiting… and in the now 2019 social-media opinion accelerations… and in the whispers from the 2019 coaching clinic… I found this little nugget per Will -freakin’- Stew’s very own initial 2019 pre-season Monday Thoughts…

Now, you and Mae West can “call me anything… just call me often“.

Before you do; how in the name of Coach God do even the most ardent half-fulls among you call this a good-look for Virginia Tech recruiting? (seriously, put me on point here as I just ain’t connecting your… dot)

I mean really… I like a good beer too. Or two, or occasionally several… plural. Nevertheless, just how drunk do you gotta be to believe that getting (clean) swept out to sea in our very own O&M Tidewater backyard is a good look for all things Vee.Tee.football?

To put it another way… do any of you really believe that there is no Hokie takes in the Top-23 ballers in-state for this recruiting season? Or that the entire Virginia H.S. Top-23 are all outta our Duck Pond depth? (read: beneath us and therefore not good enough to play for the most recently .461 winning percentage Hokies)?

I and Oscar Robertson triple-double-dawgg dare any of you subscription ¢anceling P.A.T.T.’s to stick your tongue to that—–>

Because there is no way, and I mean no way that scoring a perfect 0% per going o for 2020’s Va. H.S.’s Top-23 is a good sign men. Or that all Top-23 Commonwealth kids suck, or that we did not offer anyone in the instate Top-23. We may have offended some, sum or at least a pretty fair to middling portion of them… although this only serves to further reinforce and confirm the pretty shady coaching clinic vibe that came outta the 24060 this summer. A.K.A. a lotta modestly to pretty dang urban/streety home-state, home-grown, home-spun kids won’t even give VeeTee a sniff right about now.

And that aforementioned lack of sporting pheromones from all Recruiting things VeeTee would not be so dang bad if it were not for the contracting neighborly to the mid-Atlantic recruiting market(s) where the cost of doing business just went up. As 10 big 2019 VicTories could not possibly come at a better time folks. Because as we all know, winning is the ultimate rising-time. And a rising tide lifts all boats.

Nonetheless… where does this slim 2020 in-state Virginia Tech football recruiting class project in R.A.T.T. 2023 to ’24 terms with real live teams like Florida State,
@Clemson and @Whiskey on our schedule?

Or did I just throw… shade?

The 2019 football schedule: Proof of Concept …or… a false–positive?

So, and for touchstone baseline point(s)… last year? Well, last years 2018 Virginia Tech football schedule was no meat-grinder. It was more parts bologna and less parts beef-Wellington. As we finished the year with a science-fact objective Résumé S&P+ Rk: 78th toughest in all the land. Or a softer schedule than on D-1 average.

In point of fact… the 2018 Virginia Tech regular season football schedule was one of the softest in recent campaigns… as when you run the numbers as far back as the numbers go… Virginia Tech is ranked a surprising/impressive 42nd nationally in S.O.S. (strength of schedule) since entering the All Coach Conference or for the last 13 years worth of data.

As Frank and Co. and all less last year’s soft-touch docket tended to play a harder than average schedule year-in and year-out. Maybe not So. Eastern Conference or Klingon tough, although tougher than your average D-1 men’s football club scrummed against virtually always.

Or in other words sports-fans… such a flimsy-looking itinerary can only validate a negative. Because if you can not go at least .5oo or six up and six down vs. this set of cupcakes you buttercup need to toughen up!

If you do win seven to eight games I’d call that fair to middling. With only nine or 10 VicTories potentially validating this pretty severe and farreaching entry year #1 gone year no.3 cultural reboot attempt. Anything ≤9 wins and I’ma not so sure? As we could easily be favored as often as 88% of the time and that means we should be in line for a shiny looking final-record. As .88 statistically suggests 10.56 wins itself. And the possibility of a Bowl match-up that is (R.A.T.T.) outta our depth for it. And beyond that shiny of s season Hokie-fans?

Beyond that, the only thing that 2019 can credibly validate is south of ½-full.

POWER to my peeps!!!
They sure did give you the one guy who reported to camp a little bit too gutty for his own good in the last Tech Thoughts.

From vtlee: of Will’s Subscriber’s Board…

♬“Ch-ch-changes.“♪ Hokie football went from a mom & pops to a corporation.

“During that time period. Our QBs (normally team leaders) were mercenaries (Brewer, Evans, Jackson, Bush, Willis). Unlike the seniority system of years before, it became produce or you’re gone. Years ago, Brenden Motley would have become our Grant Noel, Al Clark, Bryan Randall, or Glennon. Trey Edmunds, Shai McKenzie, Marshawn Williams & Travon McMillion well-liked guys that we moved on from for a variety of reasons were respected teammates and leaders. Remember Kalvin Cline the TE & cadet that became a face of our program and then just disappeared. We switched Oline coaches every year, moving on for more money or lack of production. Fuente signed a big contract, replaced a bunch of coaches. We lost guys like Beamer, Stiney, Cavanaugh, Ballein, Garnes, Gentry, & Lester. Like them or not, they were glue guys that made our program more like Mayberry than Memphis. A small-town family. Work hard, wait your turn & eventually you’ll become the leaders of this family too. Discipline changed. Guys that once we’re given a good talking to and multiple warnings were now being thrown off the team. Many of these guys were well respected and liked by the players (Reavis, Alexander, Mook, T Hill, T. Beckett). Our recruiting operation began to grow (HS, Transfer, and now JUCO). Competition for jobs grew. Many players realized it was becoming a business in Blacksburg and decided to look out for their own best interest (transfers/NFL). Today we see fans doing the same, dropping their season tickets, lowering donations, and wanting to fire coaches. Most schools had made these changes over the past decade or more, we did it in just a few short years. I’m not saying change is bad but it can certainly destroy the confidence of a team and fanbase.“ 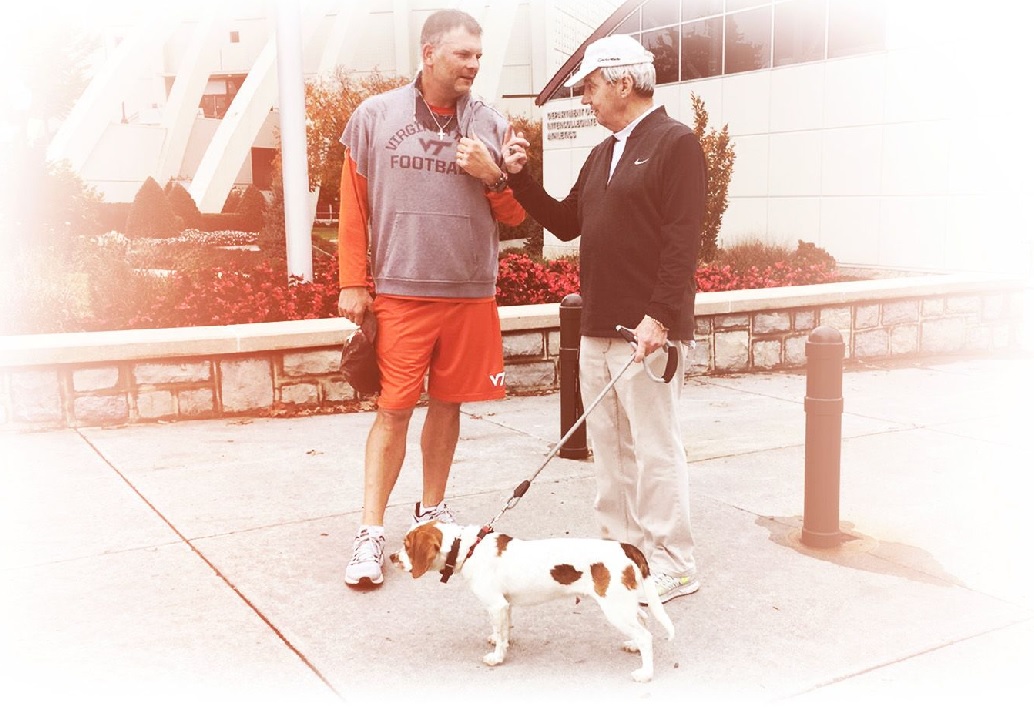 “And you just recognized big-picture subtleties vtlee sans the kick/reactionary posturing of those below.

Did we cross too far, too fast, across too many Merryman political/cultural boundaries?

Skipping lockeroom Socialism in our rush to business —or whatever the sporting equivalent would be?

Sooooooooo, is ^that^ a pretty good stanza or summary of what has just happened over in Blacksburg, Va, 24060 on 25 Beamer Way?

Was Justin’s the Fu’ture is now move, the right move; although a Bridge Too Far?

Or at the very least… a Bridge Too Fast for a more than a quarter-century worth of “Maybury” style family/therapy-first, next, last football to stomach in just a season or two?

Damnation… way to (actually) think vtlee! Now that could actually be… Because in my book that’s not umpossible at all.

Observe… this section does not say or even remotely suggest the move was ‘rong {sic: itself}. Nor does it refute that it was possibly even long overdue with the next decade right around the corner…

It does, however, actively say that the paradigm shift -even if truly necessary- was indeed too far too soon. And that the ensuing recoil or reflexive knee-jerk reaction from such a bipolar shift across such a hellaciously one-of-a-kind O&M successful yesteryear football culture continuum was unavoidable at best; and rather dangerous at worst. As we went from Mom & Pop’s neighborly to the imperative measured analytics of a 12th grade late prom night ethos of: “put out or get out” style of management. And this was just too dang much for so many refugee Grandpaw Frank kids to absorb in ~12+ months worth of on and off-field critical mass.

A Chernobyl of chemistry if you will —whereby the Beamer Barn’s cultural or containment dome, finally 2018 cracked.

You tell me down below… TIA!

’cause the *culture* he inherited there did NOT even exist!

This is soooooo, John Locke… right?

i.e. it is VASTLY easier to write *your* pet culture on a “blank slate“. That is virgin to chalk and has known mister eraser his ownself.

Fast-forward to @Virginia Tech and Fu’ had to overwrite the paradigm of all-time Family/Therapy first, next, last… culture.

With very mixed results thus far… n’est ce-pas? Meaning: even if the Fu’ cultural template is an upgrade -or even modern-era outright 2019 necessity- a quarter century+ worth of all-time Wins leading culture is very hard to unwrite. You’d better bring a k.Kong-sized shredder when you wanna tear-up that script.

It just really is a big ask… all the more so when exactly 18.18% of that former all-time culture is a huge part of your brand new Staff. (i.e. Bud+Wiles). And guess where the biggest performance slips and roster transactions have occurred?

Or did that just make too much, sense? 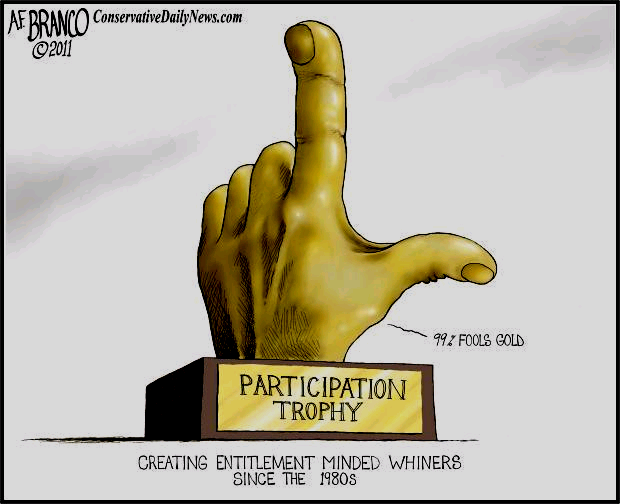