The Hokies sojourn 281.7 miles, give/take to find out if this up-n-coming Atlantic Coast medium-boy can take what a eight -that’s an 8- time national champion S.E.C. big-boy has to give. Tune in at 2pm on the ESPN2 telecast/or ESPN3 streaming Saturday afternoon to find out. Or enjoy this FREE-view preview right here… as I’m here to tell you that no matter how reloaded this Wildcat squad may be, the time to play them is now, if not sooner. As these Wildcats are loaded for bear; once again. Nevertheless, who will win? Read on to find, out…

Peep Calipari was born in Moon Township, Pennsylvania, a suburb of Pittsburgh, Pennsylvania. He is of Italian descent.

Baller Calipari Calipari lettered two years at U.N.C. Wilmington before transferring to Clarion University of Pennsylvania, from which he graduated with a bachelor’s degree in marketing. He played Pt.Guard at Clarion during the 1981 and 1982 seasons, leading the team in assists and free throw percentage each time.

As a college coach, Calipari has 21 2o-win seasons, eight 3o-win seasons, and three 35-win seasons. He has been named Naismith College Coach of the Year three times (1996, 2oo8 and 2o15) and led Kentucky to its eighth NCAA Championship in 2o12. Coach Cal’ is a nine time conference Coach of the Year (A-10, C-USA, S.E.C.) award winner, he has also won a staggering 11 different national Coach of the Year awards! His tenure includes #1 ranked tour-stops at: Massachusetts, then the New Jersey Nets (N.b.a.), then to Memphis and now on to the Rupp, Riley, Joe B. Hall, Tubby; bluegrass hooping mecca of Kentucky.

Coach Calipari has been to six Final-4’s —even if you do/don’t count the two vacated ones. Thereby making Coach Cal’ the only head coach to have Final Four appearances vacated at more than one school; damn. As his tenure is also known for handouts (Marcus Camby), S.A.T. admission wavers (D.Rose), racial insults (N.b.a./Nets Hispanic reporter), and those are the officially know, troubles. Still yet, coach Cal’ can and has coached his ass off. Coming up on being an astonishing 475 games > .5oo, a gold medal, one N.C.A.A. championship and being already inducted into the Basketball Hall of Fame (2o15); does, not; suck.

Kentucky at a glance:

Wenyen Gabriel is the only returning ‘cat with any real experience and he’s your de facto elder statesman at age 19. He is also a 6′ 9″, 2o5 lb. beanpole looking sophomoric P/F. Wenyen (sounds ST:DS9, Dominion gamma-quadrant, don’t it?); Wenyen nets you 6 ppg and swipes 5.2 caroms in relief while leading UK in swats (1.7 bpg). Although his 57% charity stripe work is pretty parsimonious on good; and it seems to me the vibe is that more was expected here. Like a double-double from this Sudanese no.12 ranked imported baller.

Shai Gilgeous-Alexander is a ′6 6″ 180 lb. freshman season Canadian, eh. The book on Gil-Alex’ says he to be a crafty, energetic lead-G who can fill out a box score straight across. Shai is a dynamic open-court baller who is already dropping 10.1 ppg with 3.8 boards as a substitute, while leading UK in dimes dropped at 4.4 apg and likewise leading UK in swipes at 2.3 spg. His mum was only a 1992 Canadian Olympic sprinter; Shai won a state title in the Great White North and a 3-point contest too boot. Shai is nobodies’ hoser; and this much N.A.F.T.A. talent off the pine is a problem most of the other 35o D-1 lower-48 clubs wish they had.

That’s really all we are up against, here gents.

As yah; I’m seeing a lotta talk about Virginia Tech basketball scoring its first signature upset VicTory since the last time knocking off #1 Memphis way way back 1986 when.

Maaaaaybe, and although it’s not quite a quantum maybe, it ain’t a really big maybe either —for a number of reasons…

Now, do the above Kentucky physical measurements remind any of you of anyone else? As they sure reminded me of a former Wildcat turned Laker baller with Wilt and West and later Laker, Knick and eventual Heat 8 time championship ring baller/coach… or one ex-Wildcat Pat Riley of Laker and Dallas Cowboy draftee fame alike.

As this UK line-up -the very same as Riles Showtime Lakers- only has one guy south of 6′9″ in height and he goes a very reasonable 6′4″. Or in other words this is a very bad match-up wingspan, reach, or northerly metrics wise. As you are not gonna tame these ‘cats in the paint.

The purrfect place to mess with these cats however is from downtown; where Kentucky only hardwoods two guys >33%. Whereas Buzz and company’s top-8 scorers’ ALL, that’s 100% of them that all net at least 46% of their 3-point attempts or better.

That’s our one lifeline here folks… Virginia Tech basketball needs to shoot the damn eyes outta the ball from beyond the arc to have a sporting chancing at lifting this one. We do that and we could upset Kentucky | we do that not and the Wildcats size and athleticism is gonna slowly run us off of their bluegrass floor.

And sadly, I’m leaning away from us passing this final OOC, exam… as our shooting overall has dropped by 12% away from Cassell and our 3-point shooting has decreased by 15% when not at home.

That and the fact that Kentucky is shooting nearly 55% in their last five -which says this rookie O is just starting to click- is just too much here to me. 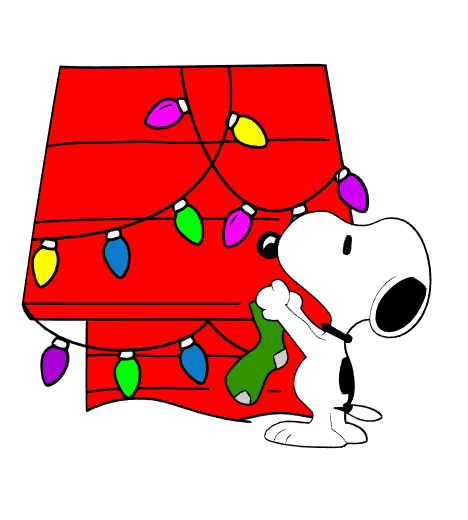