The Irish are a pretty decent squad, checking in at a slightly surprising robust 15 up and only 2 down in a year that was forecast to be pretty good; though probably just short of, great. As most of my preseason wraps have Notre Dame in the upper third of the A.c.c., although there is a lack of agreement as to where or how high in Atlantic Coast terms specifically. The generic, overall, broad brush consensus seems to think that this is a post-season caliber team; though agreement as to which tourney of which ilk is again, hard to come by –as the hooping cognoscenti have some ranging opinions regarding these 2017 Irish. That being said, this game is at home, we have an advantage in rest, and  the 2016 Irish would have very likely beaten the 2017 Irish. So hopefully we are catching these Irish at just the right time.

Baller Brey is the son of Olympic swimmer Betty Brey, graduated from legendary scholastic hoops factory DeMatha Catholic High School in 1977. As a two-year letter winner under all-everything coach Morgan Wootten, Brey helped the team to a 55–9 mark. He enrolled at Northwestern State University, where he played varsity basketball -as a Forward- for three years (1977–1980).

Coach Brey He returned to his former high school, becoming an assistant coach under Morgan Wootten. In 1987, he was hired by Duke to assist under coach K, and in 1995 he took over his first head coaching job at the Delaware. Brey guided the Fightin’ Blue Hens to a pretty flighty looking 99–51 record over five years. Leading Delaware to two America East Conference Championships and subsequently two trips to the NCAA Tournament. After that, in 2ooo, he got the big whistle job for the Notre Dame Irish. Notre Dame had not been to the NCAA Tournament since 1990. Brey led the Irish to the NCAA tournament in his first three years as head coach (2001–2003), notching a Sweet-16 appearance in 2003. He has led his team’s to tournament appearances in 13 different seasons at two different schools. He has won six conference championships, four Conference Coach of the Year awards and five National Coach of the year awards (all for the same season: 2o11). Good for two Elite-8’s and three Sweet-16’s overall. Coach Brey has only suffered one negative (<.5oo) L’ing season in 21 years. And his teams have enjoy a post-season in all less three months of March. Coach Brey teams attend with an overall skillful, offensive and a shooters marksmanship rep’.

Irish at a glance:

Irish Bench: (depth= 4)
Rex Pflueger and Martinas Geben are the two main minute loggers off the Irish pine. Rex is a 6’6” 2o2 lb. Soph., Wing who is said to need to work the range on his J, though is also said to have good ball-skills from the 45° wing. Rex nets you 4.9 ppg though he is up to a shiny 43% from outside with 2.3 rpg this year. Geben is actually not even listed in my Lindy’s preseason guide; and that’s a sign of a lack of depth; a late addition, or a rarefied diamond in the Irish bluff. Geben is a big ole 6’10”, 244 lb. Jr. year imported Lithuanian who primarily servers as a bludgeoning screen setter and he did lead Dana Point Cali’s Mater Dei high school squad to the MaxPreps National Championship in 2013-14, serving as captain of the team that finished 35-0 to post the school’s first undefeated season.

The more interesting substitute  here however, is the gem of the 2016 Irish recruiting class, Temple Dupree Gibbs. The 6’3” 2oo lb. nugget or rookie year Gibbs is part of the Gibbs family (with two star brothers, Ashton (Pitt) and Stirling (Washington Wizards)). Though the whispers say this Gibbs may have been a bit oversold, relatively speaking. “TeeJay”, as he is want to be called, is more of a combo-G who did score and defend well at the scholastic level. Although he is still a work in process as conversion to becoming a true One (Pt.G.) goes. Right now the physically tough Gibbs scores you 4.9 ppg on 43% and 37% and is still learning/adjusting to college ball. Though the book reads like he has a pretty high ceiling; so let us agree to reconvene and ask 2o2o about that.

the takeaway:
The takeaway here is… this is a pretty good Notre Dame hoops team, almost, quietly, good. As they lack single-shot individual star or wow power. And yet they do pretty much every single thing well enough, to pretty dang swell. Maybe not a dominate hoops team, however, this is an extremely well coached hoops team, one that does not make mistakes nor beat itself. Ergo, the kind of basketball team that goes down as one of that given coach’s (Brey) all-time personal favorites because they listened and gave you basically all they gots.

On the flip side, Virginia Tech basketball is +2 on rests and that does not hurt one iota with reports filtering out of fatigue late in the Syracuse game from a very frontcourt thin coach Buzz’s team.

That being rightfully said; unlike the last handful of Hokie hoops games, this is not that unfavorable of a match-up –at least when played via pencil on O&M sporting stationary. Nevertheless,  let us take a look-see at our handy dandy stat-lines before we put this horse any further out in front of the cart…

That, and I’m hoping the Irish have some tired legs after having just run @Miami on Thursday night. Whereby three Domer starters just logged 36+ minutes of action and now must attempt to storm our Cassell on about a ~40 hour turn.

At Notre Dame and I’d prolly pick the Irish; at home and I’ma gonna pick Buzz and Co. to finally put down a testy and highly skillful Notre Dame, late. 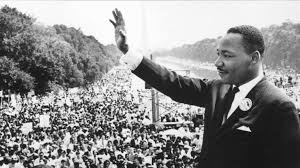