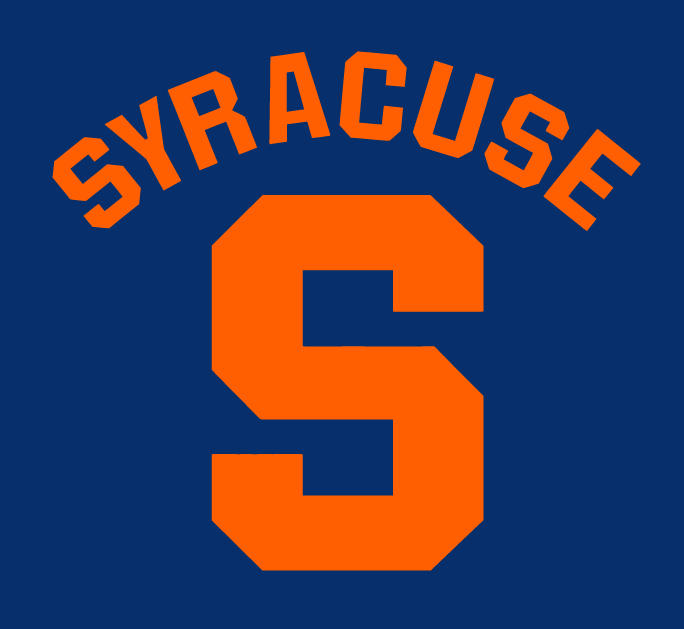 The hooping Hokies will attempt to inflict some measure of gridiron revenge for their revenue O&M sporting brethren on Tuesday night down in a warming back up New River Valley. This may or may not be an easy thing to do, as the 10 up and 6 down Syracuse Orangemen seem to court a record that is chasing their statistical analysis. As in they have beaten the pants off of every little team they have played; every bit as much as they have truly struggled vs. nearly every single BIG name team they have faced thus far. This makes this a dicey game to call; as the Syracuse statistical variability here is far ranging, indeed.

Baller Boeheim was a walk-on Pt.Guard with the freshman basketball team at Syracuse. By his Sr. year he was the team captain and a teammate of all-American and future Mayor (of Detroit) Dave Bing. Dave was his freshman roommate; and Dave is only in the Basketball Hall of fame himself for his work with the Detroit Pistons. The pair led Coach Fred Lewis’s Orange to a 22–6 overall win-loss record that earned the team’s second-ever N.C.A.A. tournament berth. After graduating from Syracuse, Boeheim played professional basketball with the Scranton Miners of the American Basketball League, during which he won two A.B.L. championships.

Coach Boeheim has only guided the Orange to nine Big East regular season championships, five Big East Tournament championships, and 28 NC2A Tournament appearances and one National Championship (2oo3 with ‘Melo Anthony). He only has 13 conference titles, six National Coach of the Year awards, and four Conference Coach of the Year awards. He is only a member of the Basketball Hall of Fame and the College Basketball Hall of Fame as well. He has only won six International Gold Medals three of which are Olympic. He sucks; fire him, now! Nevertheless, coach B was forced to vacate a backbreaking 1o1 total wins from the 2004–2005, 2005–2006, 2006–2007, 2010–2011, and 2011–2012 seasons due to recruiting violations. He is also down eight schollies over the next two years and was suspended the first nine games of last year.

Boeheim has already announced that he will retire in April 2o18. Boeheim had prostate cancer in 2oo1, and subsequently became a major fund-raiser for Coaches vs. Cancer, he and his wife also inaugurated the Jim and Juli Boeheim Foundation to help kids from Central New York; God Bless.

Orangemen at a glance:

Orange Bench: (depth=1 to 3)
Tyler Roberson is now coming off the bench; although he and his 6’8”, 226 lb. senior frame did start last year. In point of fact he is the featured baller in Lindy’s preseason magazine for the ‘Cuse. And in further point of fact, he was the entire 1-man bench for Syracuse’s truncated conference rotation all to his ownself the Orangemen’s last time out. That’s not good as depth, foul-trouble, nor as injury goes, although 6.3 ppg and 5.3 rpg is decent substitute relief. This Tyler is known for his offensive glass work and aggressive to the point of temperamental inside play. As Robinson leads Syracuse in offensive-rebounding; despite playing no more than 50% of the game! And this section would be piously longer; if the Syracuse bench only, was. (READER’s note: there is zero backcourt reserve power here, presuming coach Jim sticks to his 6-man rotation on Tuesday night)

As alluded to in the opener, the good, P.A.T.T., N.C.A.A. or ½ full Syracuse has beaten the damn breaks off of 1o teams by an average of 26.1 ppg. However, the bad, N.A.T.T., N.I.T. or ½ empty version of Syracuse has gone out and floated belly up to the tune of six slaps by an average of –14.7 ppg against! Or a staggering swing vote of 40.8 ppg depending upon how well -or not- a given opponent puts the squeeze on this Orange. Thus making this a Tale of Two ‘Quse | or a Dickens of a game to pick.

Data mining the stat-lines are always our best friend; and here is what they have to say, accordingly…

This however makes pretty good sense when you take the time to calculate that Syracuse has been mule kicked by –48 total points this year when balling away from home. Why these Orangemen get squeezed into hooping pulp fiction out on the road I have no idea? And if I were a betting man, I’d wager that Coach Jim has no (real) answers here, either.

On the other side of the R.A.T.T. O&M coin, the Seth Allen head injury is still an O&M concern and the lack of Hokie front-line ballers is more than a match-up foible.

Nevertheless, it is daunting at best; and umpossible at most, to pick against that kinda Home/Away metrical disparity.