The Hokies travel to Will’s so-called: “Jiffy Pop Dome” to take on the Orange on New Year’s Eve at 6pm on ESPNU this Sunday evening. This year the Orangemen are 11 up and 2 down overall same as we/Virginia Tech are. Although most pre-season magazines tabbed both Virginia Tech, and much more historically vaunted Syracuse as middle of the pack Atlantic Coast teams. To put that another way, there is a chance that a game like this could wind up being the NC2A eliminator for one of these two squads. Nonetheless, who will win? Read on, to find… out…

Baller Boeheim was a walk-on 6′3″ Pt.Guard with the freshman basketball team at Syracuse. By his Sr. year he was the team captain and a teammate of all-American and future Mayor (of Detroit) Dave Bing. Dave was his freshman roommate; and Dave is only in the Basketball Hall of fame himself for his work with the Detroit Pistons. The pair led Coach Fred Lewis’s Orange to a 22–6 overall win-loss record that earned the team’s second-ever N.C.A.A. tournament berth. After graduating from Syracuse, Boeheim played professional basketball with the Scranton Miners of the American Basketball League, during which he won two A.B.L. championships.

Coach Boeheim has only guided the Orange to nine Big East regular season championships, five Big East Tournament championships, and 28 NC2A Tournament appearances and one National Championship (2oo3 with ‘Melo Anthony). He only has 13 conference titles, six National Coach of the Year awards, and four Conference Coach of the Year awards. He is only a member of the Basketball Hall of Fame and the College Basketball Hall of Fame as well. He has only won six International Gold Medals three of which are Olympic. He sucks; fire him, now! Nevertheless, coach B was forced to vacate a backbreaking 1o1 total wins from the 2004–2005, 2005–2006, 2006–2007, 2010–2011, and 2011–2012 seasons due to recruiting violations. He is also down eight schollies over the next two years and was suspended the first nine games of last year.

Boeheim and his wife, Juli, have three children together: Jimmy and twins, Buddy and Jamie; he has a daughter, Elizabeth, with his ex-wife Elaine.

Nugget year Marek Dolezaj is a 6′9″, 19o lb. imported Bratislava, Slovakia; rail thin, poster-child for protein shakes and slices of cow everywhere. I mean there is string-bean and then there is Marek Dolezaj. Marek has been in Euro’ or global competition for five straight seasons; so I doubt that experience is any issue here. Dolezajis said to be a skilled big-man with the ability to score inside and out. His European digits paint the pic’ of a box score stuffer, and right now he is dropping you 5 ppg grabbing a nifty looking 5.8 rpg on 1.1 bpg and 53%. Now imagine him if he just finds a high school body to boot.

Bourama Sidibe 6′1o″, 225 lb. first year C-P/F combo frontcourter who can run the floor, protect the rim and operate pretty adequately enough down low in the post. Sidibe is a defender with a few legit low-block moves. 4 caroms, 3 points on 65% shooting in relief.

Senior back-up S/F, 6′6″, 2o4 lb. Patrick Herlihy hail from the Peoples Republick of the 3o4 (Charleston, Wv.); and so does his one bucket so far this whole entire year.

the takeaway:
The takeaway here is… man-o-man, is getting good looks paramount in this one. As the Orange basically are disallowing as many as a backbreaking 15 opposing (eventual) shot attempts on Syracuse steals and blocks combined alone.

Now just imagine playing @Syracuse if the ‘cuse could only, shoot?!?

…well the skinny here is that Syracuse, IS skinny. That impoverished attempt at satire aside, it just so happens to be, true. Is there a food rationing campaign going on up in New York that we don’t know about? As you’d have to wonder how such a spindly team will do vs. the legit low-post big boys of the A.c.c.?

As there is at least one NCAA team in this game; the only real question is… are there two? And for a change that ask is not being made of the visitor here.

Thing is, all that svelte’ness really helps Syracuse cover some zoning ground and we ain’t exactly got the aforesaid bigs to muck around with that bikini-season looking frontline down in the paint.

That means that points will be at a premium here folks and that this one is prolly a race to 6o, maybe even to 55 —first team there, wins.

As personnel goes… Bibbs is due to break outta his 13 points in the last 11 days slump. That and as Battle has played every single minute in seven straight games, including a pair of overtime contests– he’s gotta start to wear down soon; right?

Syracuse is +1 on rest and at home. However, my lean right now is Virginia Tech (as a 4 point road dog minds you) on the narrow.

As Buzz and Co. have looked disinterested for a week+ and methinks that our first A.c.c. game of the year is just what Buzz and Co. need to spark back up. 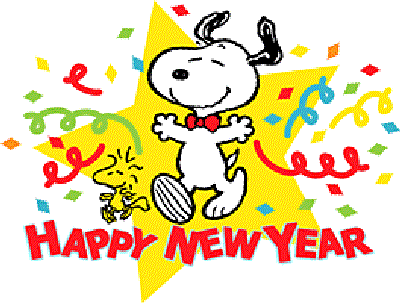