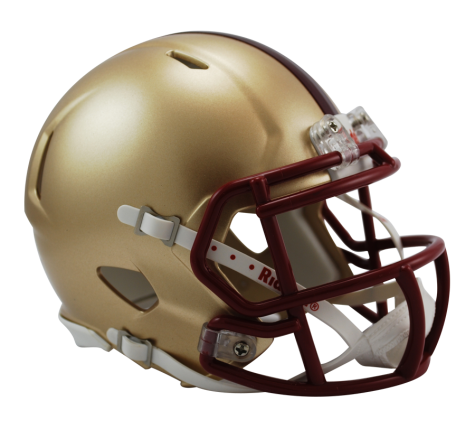 Virginia Tech football returns home at the widely predicted mark of 1-1 overall, .5oo, even, or on the level. As most of the prognosticinti got that one right; and this just in, rain is rumored to be wet. Yes, our beloved Hokies could have voluntarily won that one, though that is like saying the USofA was still ahead on points on December 6th, or extinguishing a burning bridge via split milk. Here we eschew that, for that matters nil…

The Hokies had their chances vs. UTenn and yet limped away from the Bristol Motor Speedway track per what film-study showed to be more or less, or rather should I say more and more, with an ugly self-inflicted wound. Said wounded team now must buck-up and avoid the likely emotional let-down trap game vs. a very defensively rugged –albeit likewise very offensively limited- Boston College football club. Yes, Virginia Tech is -6 (or a six point) home favorite in this 3:33pm ESPNU kick-off. Nevertheless, Boston College has given our beloved Hokies football fits for years as wins vs. Boston College are not technically a given, and clean or good looking wins vs. Boston College are few and far between. Read on to find out who will win, in what posits to be a potential baseball score or ugly looking football game in Lane…?

Today’s word of the day is… explotative

F’n Eagles Special Teams: (1 did return, though P Satchel Ziffer is now benched)
Boston College has already gone through two place-Kickers; one of which is 67% on PAT’s (Mike Knoll) and one of which is 0% on FGA’s (Colton Lichtenberg). Colt’ (right quadriceps strain) sat while Mike missed (o for 2) last week; so who knows here? As it is obvious to say that the Eagles FG kicking quite literally is… up in the air. Boston College does field strong return teams, 7th best in KO returns and 28th best in punt returns says so. Mike Knoll is also the Eagle Punter with a serviceable 40.4 yard average per punt.

Boston College has already allowed one punt and one FGA to be blocked with no defensive punt or kick blocks to compensate. Coverage teams are average  (57th in KO coverage) to below average (82nd in Punt coverage); hence being 94th in Net Punting at 34 (sic: yards) and change.

Special Teams letter-grade: the Eagle return game is strong, though if this devolves into another trench-fighting fistastic slugging match? You could potentially steal this game with just three points. C—.

the takeaway:
The takeaway here is… that last year always rugged Boston College dropped five games by half a play (i.e. a FG) or less. The 2015 Eagles were young, beat-up -their Qb5 ended the year as their insalubrious depth-chart Qb1-, they were inexperienced and yet they were basically just three plays removed from .5oo and a backdoor bowl bid.

This year Boston College at least has Hillman back, and something more than a Qb5 at the Pivot position helm. Plus they are very much in the mix to finish back-to-back as the #1 stop-unit in all the land two years running. So how is that not an improvement off of last seasons’ 3 win squad?

That being said, it would not be shocking to me if this game against the Flying Eagles has the suits at ESPNU crying, foul. As this is anything other than a fan-friendly high scoring, made for TV contest, at least on burnt orange and Chicago maroon paper. And if you like defense? You’ve probably come to the right place.

Consequently, methinks that returning and now ex Hokie offensive coordinator, one Scot Loeffler would like nothing more than that kinda ugly football game here. If you doubt Scot”s competitive crackback hits upon his previous former employee’s, just consult Urban Meyer of “the” OH.State. To wit, if you are a betting man, I’d surely wager the under on the Loeffler’s sleep total for this week. As this is Scot’s big chance to shake his now plucked Hokiebird tail-feathers in a non-retainer return bout.

the skinny…
Do I foresee a upsetting day per Scot’s bull terrier style return? No, not quite, I do however foresee an exploitative day per the same, as we will all get to see what Scot truly thinks about our Mike-Lb, dLine, et al. Although I mutually do not (quite) foresee Boston College being able to generate enough offense out on the road to salvage win. In a football game whose final score will not illustrate just how hard-fought for how long, before eventually being, hard-won this game truly was.