Virginia Tech football takes to the out-of-conference road to take on the Pirates of East Carolina University 311 miles down south in Greenville Nc., for a Saturday at 3:30pm on CBS Sports Network. 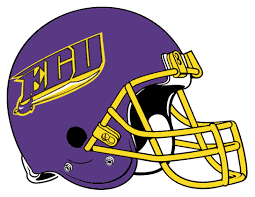 The Hokies opened as a 21 point favorite out on the Vegas big board and that number and that action has only risen as Virginia Tech currently resides right at a -24 point betting fave. However, is E.c.u. really that bad? Is the retooled Hokie offense capable of covering such a sizey number after so many mishits and misQ’s vs. little ole D-1aa Delaware? Or is E.c.u. due to actually play a good, solid, quality football and and possibly pirate this hosting upset? As there are plenty of story-lines and mytharcs for both schools here; and regrettably, not all of them are on-field. Though who will ultimately win and by how much? Read on to find, out…

Today’s word of the day is… planchment

Scottie the baller was all-everything in high school. He won a State (Lawndale, North Carolina) AAA title in football, was all-state in 200m and 400m T&F and was all-conference in hoops. After high school Scottie inked with Duke, and only finished his career with 171 receptions (second in Duke’s history) great for 2,379 yards (third), four 100-yard receiving games (seventh), and 13 TD’s (eighth). He earned the team’s M.V.P. award in 1998 and 1999. Then Scottie the baller took his show to the big show. Lining up at 6’1”, 195 lbs. as he balled for Carolina, Oakland, Denver before finishing up a six year Pro’ career in the Arena League. Scottie left the N.F.L. with 16 career grabs, 160 yards and six points scored; (or way more than you or I).

As Coach Montgomery; Scottie began his whistle career at his alma mater down at Duke University, where he served as the wide receivers coach for four seasons (2006–2009). Montgomery was then hired by the Pittsburgh Steelers as their new wide receivers coach. He remained with the Steeler organization for three seasons. Montgomery returned to Duke as associate head coach and offensive coordinator/passing game while coaching the wide receivers, in 2013. Duke then promoted him to offensive coordinator in 2014. Last year Montgomery was hired by East Carolina.

Away from the field, Montgomery is an oft-requested motivational speaker who most recently was invited to serve as a panelist during the Knight Commission’s May 1, 2017 meeting at the National Press Club in Washington, D.C. He participated in a discussion which assessed leadership diversity in Division I athletics, particularly in the sport of football. Monty holds an anthropology degree from Duke and is married with three sons: Cassius (7), Moses (4) and Magnus (2).

E.c.u. Special Teams: (0 return)
5’10”, kinda muscular 218 lb., grad-Sr., Austin Barnes -no L.a. Dodger relation- is 54th in Net Punting and that’s slightly above average. And yet that’s about as good as the E.c.u. not so special-teams get. Austin is an Eastern Michigan transfer now hitting up his second degree in communications; great on him! Austin the punter has plenty of experience… as he has logged 36 career games, knocking 18o punts for 7,663 total yards (42.6 average). Austin has landed 60 punts inside the opponent’s 20-yard line to go along with 13 touchbacks and 52 fair catches. He has booted 37 balls for 50 or more yards without a career block! Not half bad as legwork goes. As this kid is likely a Ray Guy semi-finalist, again, this year. As a philanthropist Austin stared a fundraising drive called ‘Kickin’ it for Cans’, which donated 10 cans of food to the local pantry for every kick made … In total, more than 3,700 canned goods have been donated already. Austin does relief mission work in the off-season and he works out with the wresting team in the off-season as well. God Bless Austin, an easy guy to root for here.

Jake Verity is a 6’1”, 170 lb. t-Fresh rookie year string-bean Kicker who will be carded well into his 40’s. Thus far, Jake is 4 for 4 on P.A.T.’s and yet 50% on FGA’s with a long of 45 yards to the good. Jake had a high school long of 63 yards on the make down in and around the ATL (Atlanta, Ga.) area. This is officially the 11th longest high school FGA make in the history of history itself. I’d say that counts as leg strength goes, and Jake captured the “Last Man (PK) Standing” and “Punting Champion” honors during the 2014 Jackson kicking camp. (Basically how many can you and everyone else make in a row). So he has some clutch to this game to boot. Curiously, Jake did not elect to play college ball until late last spring as a rather tardy recruiting signee. Jake scored high in his scholastic.edu rankings and was a soccer star as well. So even on limited collegiate evidence, E.c.u. appears to have a keeper kicker here.

Special Teams letter-grade: the kick game is not bad, it in fact has talent’s, plural; although the return and coverage teams drag this grade down a bit… a C– at the moment that will likely only see place-kicking improve.

The takeaway here is… East Carolina has been out-scored 56-3 in the first half so far as these Pirates start digging when they hit rock bottom.

Though we have plenty to work on ourselves, for example… four of our top-5 pass catchers have a 67% catch-rate or worse. Our newly wrought pitch-n-catch battery can use plenty of reps; our right-side oLine can use some more looks, coach Wiles’ 2’s can use anything they can get, etc., etc., etc.

I.e. I gots our 2017 Virginia Tech football floor figure out… its injuries. Dt and Cam in order, probably the Qb spot as well as any JAX hurting would introduce a wildcard hi/lo element to the Pivot spot.

And yet here is my 12 day post w.v.u. hang-up… where exactly is this team’s offensive planchment? As I know the top-11 on D are sparky enough; and the O&M special teams are just a Joey hot-streak removed from being hot like the Sun.

However; what can this O do or improve and eventually do really really well? Or is this a C+++ talent ceiling O with a flexible A+++ coaching canopy or what amounts to an eventual hard cap?

I don’t know yet… and I prolly won’t objectively know until we get into the month of October either… as these next to winnable scrums and a stop-unit bear pit like the Clemson Tigers won’t be great teachers in either direction.

Or at least they will not provide the most objective results with all three games being outliers at opposite ends of the defensing spectrum.

the skinny…
is that this annual E.c.u. football team -and apparently the program overall itself- is so far down right now as to need some Hokie help to win. Even at home where E.c.u. used to get sky-high like the International Space Station to host Atlantic Coast regional Virginia Tech; and that is very much a departure from the Greenville historical, norm.

the call…
well, you gotta pick Virginia Tech to win here and this just in… rain is still rumored to be wet. The only calculus to apply is: Virginia Tech wins by how much?

If you ask me -and you did by reading these very words- if you ask me I’ll ask you a question in response… who would win if Delaware visited East Carolina?