Virginia Tech football is finally underway! No more LT3 is tall and this just in… rain is rumored to be wet pre-season the more things change the more they stay the same, drivel.

The newly Christened head football coach Justin Fuente has never been beaten as the head coach of the beloved Virginia Tech Fighting Gobblers. He is in first place in the Atlantic Coast Football Conference and newly anointed Qb1, Jerod Evans is on pace for 52 TD throws if you are keeping score at home. Or in other words, although it did not look -much less feel- terribly sexxy on the telly or in person inside Lane Stadium; Virginia Tech did win and did not get anyone super hurt for some kinda Battle thingy coming up next Saturday night somewhere to the west over in Tennessee. The south of good news is, yes, there were things to work on and iron out here and there. The good news is … honestly? We looked better on film than we did on the big-screen or sitting there in Lane watching the burnt orange and Chicago maroon troops do work out on Worsham Field. Serioulsy, as I can science-fact (objectively), prove it; so read on to find out …why!

1Q season remaining:
Notice the new look De’s alignment, both of whom are not only upright in a 2-point stance; they are angularity deployed with their shoulders facing inward at roughly a 45° angle. Hence effectively pinching the play inside and collapsing the Ot-box, inwardly as internal run-fighting goes. Bud is a lotta thing(s); and one of ’em ain’t, dull –although this posture does invite jet-sweeping and similar 8 or 9-hole action(s) — and it does help speed-rushing in pass-max’ as well. Very next play however, forty-three with 3 down-linemen and the Stud-De in a 2-point stance. As Bud Foster continues to reinvent his very own wheel.

1Q season remaining:
Much as I too love Sam Rogers; Sam is just not a Tb1. Why you ask? Because his acceleration to the line-of-scrimmage (LOS) proper is wanting; and sometimes it is slower than that. He does have a nice top-speed; and even a few moves; just ask “the” Ohio State on last years sideline catch. Nevertheless, he is pretty much the LT3 of Tb1’s, and you do not want a slow starter at Tb1 in any “bang-bang” tempo pressuring offense. Much less a guy who simply misses holes that are credibly there field-vision wise; just ask play #2 from scrimmage, and the rest of the game.

1Q 8:17 remaining:
Four, that’s 4 false starts in a row for Liberty thanks to the stemming up and down the LOS from coach Wiles’ front-4. Been doing this thing called football since age two myself; never ever seen that one before sports fans. And this hearkens back to the Tom Landry 4-3 Flex defense with LOS offsets and toggles pre-snap circa the mid to late 1970’s in Dallas.

Game Duration:
Observe where most of Evans’ misses were… long (0verthrown) or out in front on too great of a lead. Defending Db’s, take note… as Evans left at least four to six catchable throws out in front.

2Q 5:06 remaining:
Our first true steal of the year and as the Liberty right De found out -the hardest way possible- keep your head on a swivel and never let up as big old Wyatt Teller -who played a helluva a game in relief- peels back off the pretty good left or odd-side push pile and simply obliterates #91 right at the end of a medium gain run. WOW! (see: pic)

2Q 0:52 remaining:
Bucky has played a bit harder under coach-Fu, to his credit; however, do NOT loaf behind the Qb on the fake jet-sweep when you are not getting the damn ball! What a giveaway that the takeaway was actually in front of Evans and T.Mac’ might want a word with Bucky after this.

3Q 3:11 remaining:
If your name is mamma Hill; this may not be the play for you. As this is almost a rule book quibble of mine –as we see Hill at Stud-De on the top right of the Bud Stout defense get pancake(d), not once, twice, and both times downfield beyond the LOS in a pass-play! So is this technically an ineligible man downfield? (p.s. Hill is a weight room year away from power conference run fighting trim; although there is some defunct William Wall to his really quick pass rushing game)

4Q 9:27 remaining:
IF you are still not sure who should rightfully be starting at left-G; maybe this will help? (see: pic) Look where the pile-push collapsed and look where Wyatt Teller Incredible Hulk voltage mauled, collapsed and totally pulverized the Liberty right-De in a powerhouse Manassas crucible. Wyatt with a 10 yard push | the pile blockers with a 3’ish yard push; you do the maths. WOW!

4Q duration:
For those of you asking me why Dt is (un)Settled? Just watch what I’m watching upon breaking tape. Tim has a long ways to go, as his arse high up in the air stance at the 5:40 remaining mark posits a plum tuckerd out dog tired player; and his game has the look and feel of a 1-trick-pony. Bull rush, stampede, Brahma, rinse, recycle, repeat; every bit as much as his current fuel tank will allow. On the brighter side of replacement defensive players or so-called 2’s go, Moss and Huelskamp both tackled extremely very well in space. Something very Pat Fischer of 1970’s Washington Redskin skinned-knees and elbows -plural- fame about Sean’s game. And I did enjoy seeing S.Dooley pitching a fit and playing rather temperamental for a change. Clearly #43 is itching for more P.T. (playing time). 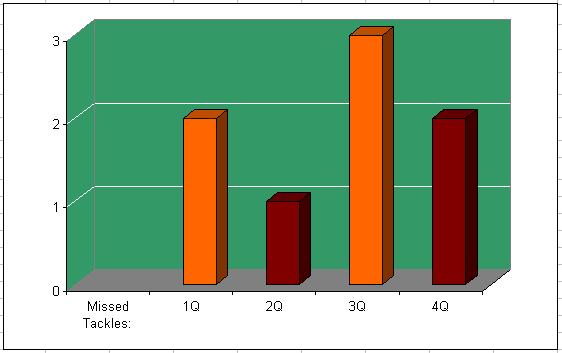 Bud Stout sure looked more exotic; at least early on; in particular in the secondary where I saw enough coverage mixing to write an entire article on the same. However, in the interest of publicative space management; I saw rolls, quarters, large north-south Fs and/or Rover toggles, I saw press, medium, off man and umbrella looks. And I probably missed a few things behind that when the ESPN3 screen sawed off coach Scott’s hind-4, or 5, as I saw some Inside-Linebacking twin sets or our version of a Nickle. That’s quite a bit for little ole middleocore D-1aa could not throw real well Liberty.

The much maligned second-layer was okay enough and even showed a few sparks of being somewhat good. Love the pursuit speed of Terrell Edumnds, and Motuapuaka lead us in tackles, played pretty well in space, and played much better when Bud inverted the arrowhead a moved him ~7 yards off the LOS to keep him clean in the second-half. And yes, 25% of our missed tackles were still from #54 or ‘Tua himself. Nevertheless, the Hokies tackled their ass off Saturday overall (see: graph). Upfront, there is a noticeable gap -that I confess I missed this during August Camp- from Ken, Vinny and Woody; to the rest of coach Wiles front-4. We keep that Top-3 locked, cocked, and ready to rock and our serviceable dLine may become downright solid by November. However, even the starters ceded too much ground at times on the internal A-gap G-c-G A-gap push of F.C.S. Liberty at times; and you’d have to think Tennessee was watching. I was however highly impressed by the improved athletics and quicks of both Vinny and Ken off the edge in this one. Surely S&C coach Ben Hilgirth is their training-room B.F.F. And the Time To Throw metric is now eight season hyphen three and counting. Although the quick-hitting pop, pop, pop, Fu’Fense will exacerbate this metric of mine; ditto a rushing Qb from Liberty who can not throw. 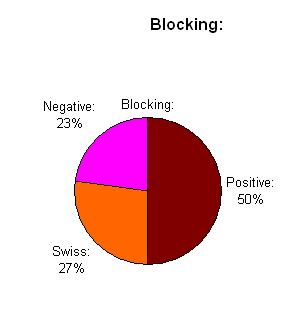 10 ball carriers in this game; only four of which were Rb’s! I.e. gonna take a while for the ground-assault to click with so many different run-shapes and run-fits such as this offense offers folks. Saw a lot of one gap or two gap pulls from the opposite of Center guard. Example: right-G pulling 1-gap and trapping the left side A-gap (or Dt), or pulling 2-gaps and trapping the left side B-gap (or De). Clearly this must be a coach-Fu short yardage pet play; however, and to be totally uncensored? Conte and Teller do not have the feets to get their on time. Tap dancing Fred Astaire’s those two all-time strong and highly experienced G’s just ain’t; aircraft carriers they be. And now you know why the more nimble Pettit is (seemingly) the better Fu-fit. (READERs note: I disagree here, as Teller presents such awesome north-south grizzly bear power, I’d select that over the admittedly superior horizontal footwork of Pettit. 25/8.

READERs note: the FuFense blocking grades are altruistically skewed upward; or to the good; compared to any normal tempo offense. Why you ask? Because this really is “bang-bang” football or tempo pressuring max’… or in other words you need not hold a FuFense block for much longer than “One, Mississippi” in backyard when you can blitz sandlot terms. Accordingly, did anyone else notice the total absence of the laterally slow developing Loeffler zone-stretch plays? As this unconditionally is a quick hitting, read, read, maybe read one more key play-side and freakin’ GO offense!

Likewise notice that our blocking core five (5 oLinemen) graded ~15 or so plays really well, and yet were -1 or -2 or even -3 out-numbered inside the Ot-box. Ergo, you net two to five out-numbered positive yards; you line back up; and  you do it again. Less any real live play-action element(s). Did anyone else notice that? Like coach-Fu knew exactly how much he needed to win; and that was exactly how much he was willing to show. As we sure hard charged into that out-numbered Ot-box and did about as good as one could expect down a -1 to -3 body count. Finally do take note of the Evans knack for hitting big plays in negative yardage situations. That is most encouraging; as is the Bud Stout defense forcing a whooping 37 long down and distance situations in only game no.1.

Executive Summary:
The more I watched this tape? The more I came away convinced we should have shut Liberty out and won no less than 36-nil. That, and we were really just two to four more Evan’s connects, or the one Stroman punt-return that just missed the seam on going house; we were that close to a total shellacking of about a 46-zip curb stomping or thereabouts. That, plus, you need not be a rocket-surgeon to see that coach-Fu went entirely vanilla pedestrian at just beyond the 75% completed mark and basically turned the last 13 or so minutes into an extended August Camp sorting, tinkering and puttering back-up glorified scrimmage extraordinaire. Or in other words with the outcome well in hand, coach-Fu kept a few starting things in his pocket for Tennessee next week. Monday may be Labor Day, though this is clearly not coach-Fu’s first B.B.Q. ever. My game day letter-grade would have been on about a C+/B- fence –my film-study letter-grade however is a much more solid and convincing  B+.

The take away...
The takeaway here is… I liked the defensive exotics, liked the surge after Teller got into the game, loved the very improved tackling and lack of false-starts, delay of games, and no real bonehead penalties. Yes, Evans and the passing game have some things to clean-up and yes again, the ground-assault is prolly gonna need up through the month of September; (or more), to totally gel and then eventually “click”. And yet,
I was mostly encouraged by the little managerial things showcasing and noticeable positive-slope or upward trend as the bigger picture things will come; coach God and Hokie health permitting. “Don’t worry, be Hokie!“ 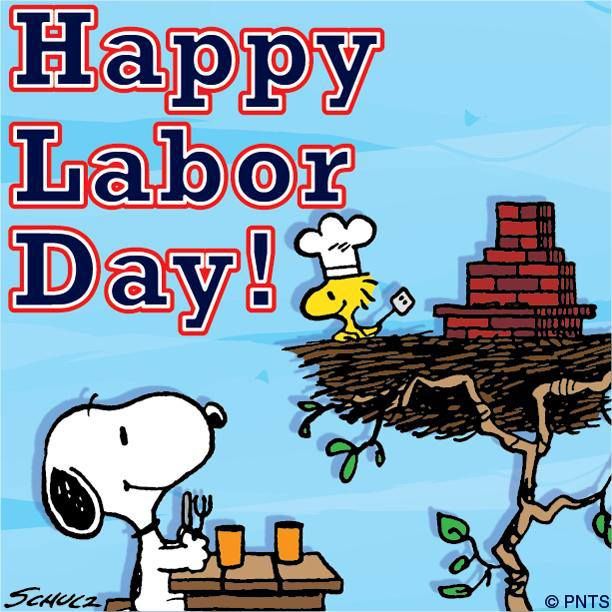