“The only thing necessary for the triumph of evil is for good men to do nothing.“

“So… Whiskey Tango Foxtrot are you gonna do?!?“

Today’s word of the day is… fanfarona

Holgorsen has a rep’ for up tempo quick hitting aerial offensive wizardry. He is one of the original proprietors of the diamond-formation, he uses motion liberally and seeks to fatigue or wear down an opposing defense courtesy of his personally modified air-raid sets.

The human being Dana Holgorsen is a native of Mount Pleasant, Iowa where he graduated from Mount Pleasant Community High School in 1989.

Baller Holgorsen actually played Wr at Iowa Wesleyan College, earning a degree in 1993 and a master’s in health and physical education from Valdosta State University in 1995. As a player Holgorsen had been recruited to Iowa Wesleyan by head coach Hal Mumme and offensive coordinator Mike Leach; both of whom he would eventually coach with later in their respective careers.

Coach Holgorsen has served under innovative offensive coaches such as the aforementioned Hal Mumme, Mike Leach; and also under Kevin Sumlin, and Mike Gundy at Oklahoma State. Coach Holgorsen has worked exclusively with Qb’s and/or Wr’s at every single coaching tour-stop; so the throw game is in his blood. His most epic coaching season was no doubt back in 2010 at OK.State when the Holgorsen lead O declared all out war on the Cowboys record book —setting seasonal marks for: total offense, passing offense, scoring offense, with annual marks for total attempts and total completions to boot. As a pure offensive coordinator, coach Holgorsen offenses have averaged a staggering 543.3 total yards per game! That, and a former coach Holgorsen pivot (C.f.l. for Qb, eh), one Houston Cougar Case Keenum is the all-time leading yardage passer in college football and he has more passing TD’s than any college quarterback ever. Yah, I’d say that… counts.

Daddy Holgorsen has three children: McClayne, Logan and Karlyn. Dana built his home in Morgantown in 2o14 A.D. His home is the first luxury residence in the U.S. to be built completely of cross-laminated timber.

Mike Molina is a 5’7”, 178 lb. final year shirt kicker for W.V.U. He is lifetime 100% Kicker on P.A.T.’s (53 for 53) with no misses and no point-after tries snuffed out. The homespun specialist, (Hurricane, Wv.), is a serviceable 68.2% on FGA’s all of which came last year as he suddenly took over the place-kicking chores for the ‘eers full-time at the beginning of October. Mike has good leg strength as he was handling some KO duties as a r-sophomore back in ’15 for W.V.U. with no career KO’s out-of-bounds and no onside attempts. He was however only 40% from 39 yards or more; although a far more reasonable (pardon the antonym) 76% from 38 or less. Mike was named team captain in high school and when was the last time you read that from a Kicker? Me, neither; —and he was also Top-1o in the AAA long-jump Wv. track & field. So he must have some speed as that’s the only true infield velocity event. This brings the aurora of a possible F.G.A. trickeration into play and it’s not even October yet. Mike was simultaneously named to W.V.U.’s Garrett Ford Academic Honor Roll and to the Big-12 Commissioner’s Honor Roll last year. Smart.edu felicitations hereby rightfully awarded. On tape Mike has a slightly truncated or punchy follow-through as an orthodox or right-side kicker; so your block point needs to recycle just a little lower per his lack of follow-through.

Combo P/K Billy Kinney is a large 6’4”, 217 lb. r-Jr. who will handle W.V.U.’s punt-game this season. Kinney was a reasonable 48th best in Net Punting last year at 38.20 yards per punt. Kinney has never had a punt blocked at West Virginia. Bill was named Academic all Big-12 first string last season as he averaged 41.7 yards per punt with a long of 63 yards. Kinney has something of a rep’ as a coffin-corner punter who can be used as a directional punting weapon in lieu of a long-range iffy F.G.A. He has a history of ankle rolls that dates back scholastically; one of which was said to be downright: “severe”; (God Bless).

W.V.U. was a just above average 57th in KO Returns last campaign although a rather inoffensive 124th -or fourth from last- in Punt Returns. (DO NOTE: Gary Jennings has a history of muffs and fumbles on both sets of returns). W.V.U. was better at Punt Return defense checking in at a very decent 41st and yet a less than middleocore 104th best on the suicide-team in KO coverage. W.V.U. blocked one opposing FGA (no punts): and did not allow any Punt or Kicking blocks of its own in ’16.

Special Teams letter-grade: a very so-so, linear, lowercase flat C; as the ‘eer legs seem willing enough although the other 10 special-teamer’s could use some work. Coach Holgorsen says he’s going to try to textbook Hawthorne Effect all of this by overseeing W.V.U. special-teams his own self in 2017. Nonetheless, it remains to be seen how effective this is/is not; nevertheless it would be difficult to not improve off of being ranked 112th in special-teams overall in 2016.

And this should hint to you it could very well be one of the two lesser pieces that ultimately decide this scrumming contest; and the two better pieces are surely matched head-to-head.

The takeaway here is… that ever since January, someone who looks a whole lot like me has been leaning towards picking the West Virginia victory in this one.

Does all-world Qb Will Grier’s official clearance only enhance this?

Nevertheless, as the Virginia Tech football practice field(s) just found out the hard way -Coach God bless- we have promises to keep, and many miles to go before we sleep. As we will most likely see some other training room bio-mechanical news to sort out for both combatants before we issue any Official Prediction Thread digits. Stay frosty kittens…

Nevertheless, the poetry of evil is roughly a couple of fortnights upon us, as such is the fusillade of a fire breathing although ultimately a small-bore fanfarora of collective sporting mouths. The inteligencja among you will offer that even the most bitter and hateful of rivalries need rules, and yet this one seems to simultaneously make them up, and ignore them, as it goes along. Accordingly, here is to (hopefully) betting the over on Fed-Ex event staffers not taking Labor Day eve off.

Or in other words, and to be pigskin direct; Bud Böck needs to go ahead and feed Grier to something big early on. Then we need to dilate any and all wvu pass catchers after that; –put some drops in their damn eyes. Because if we do not, and if we allow Grier to do something about all that sunshine state oxidization and if West Virginia then gets their star studded running game going?

As coach-Fu’ and company will usurp this one via Foster’s much vaunted stop-unit and on special-teams, or not at all.

As the Fu’fense does not need a brand spanking new pitch-n-catch battery playing from behind when it is the vastly more experienced pivot of W.V.U. who holds a serrated looking resumé check-mark advantage here. As the very last thing Coach-Fu’ and company need is to be staring down the double-barrel of a double-digit W.V.U. shotgun formation lead before Q1 expires. Stay on the lead or no worse than even coach-Fu’. As this lets the noose-knot otherwise known as the headset authority of Bud Foster and signature O&M special-teams hangman little orphan “pip” and all of W.V.U. Great Expectations right before the national TV audiences very eyes while sticking all of that jumped up cuss of old-gold and blue noise right in W.V.U. ‘eers.

Do this not and we could very well experience a snowball effect to the totally ‘rong this early in September.

the call…
Up until this offsetting right-Ot news outta the New River Valley, the collective camp news had nearly narrowed me to even or a push call. Flip a coin, if you don’t like it flip it again best two outta three —as things were objectively vectoring in our direction.

All the same, I can’t help yet think that W.V.U. will attack our 3-guard offense the moment it steps off the Fed-Ex bus; and to me this is disruptive and cathartic problem indeed. Still yet, I don’t see either team as a rightful Top-25 entry at this moment; to wit, one could fairly argue this game could go either way. Nevertheless, I do have W.V.U. closer to 35th and Virginia Tech closer to 40th in national terms. Yes, we can beat W.V.U. as our realistic all the time odds in doing so are about that of a N.B.A. marksman behind the arc. A little more than four times in ten that all this retooled Hokie youth skirts right on by. Unfortunately, sadly, and delinquently enough… this is not one of those four times; as West Virginia will win by about ten. As we will be fielding too many newbie offensive people who are month or two removed from being able to win a truly big game such as this.

(readers NOTE: if everything I just offered is –Praise Coach God- proven EERrelevant come midnight Sunday, and as all cats look the same in the dark; please, absolutely; by all mean(s): cogitate on some epic smack to run upside my pusillanimous pick’s head on Monday afternoon; which will therefore be our very first:… TOS? What TOS day. And I will show up and take my ass whoopin’… although I assure you, I will be feelin’, no, pain) 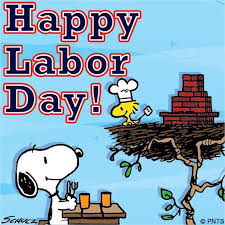