The golden-bear literally did say, hurry up and move onto the next shot, focus; and stop complimenting -or worry- about that last swing. Thing is, … the hiccup game someone said would occur before October ended, occurred vs. what seemed to be the most beatable October team. That’s not good sports fans. Although the game film opens up pretty decent for about 25-40 minutes of scrumming, and then things really got away from us and the 24060 whispers say that happy or hands-off coach-Fu ain’t. Read on to find out how/why…

TSL’s SURGEON GENERAL’s WARNING: if you are a P.A.T.T., or feel you may become preggers with a P.A.T.T., this may not be the Eye in the Sky, for you.

1Q game remaining:
Fastest, highest tempo’ed O I’ve ever seen at any level, any where, any time –this ‘Cuse warp-9 O. Dino is for real; he’s gonna give coach-Fu a run for best coach in the A.c.c. Don’t blink, don’t go to the frig’ keep you legs crossed, you will miss something here. Amazing! As it sure looked to me like the ‘cuse was opening up with 1960’s scrolls of 4-play scripts. You run those four calls, successively, A.S.A.P., no matter what. (Sometimes they are written on the inside of facemask hidden athletic tape, JIC as Ginko is just like that)

Additionally, for those of you questioning the inability of 1-Gap Bud Stout to defense a dual threat Qb, notice that ‘backer #49 Ter.Edmunds is spying Dungey early on in this one. That’s a man assignment folks, not a gap. And although recalcitrant to ill too much on Budweiser, ‘Tua lining up on the inner slot guy head-up in coverage is a curious thing and has to basically be a W-W for the ‘cuse.

Finally, do note that with about two ‘cuse offensive series left in the first-stanza, Bud took the spy (Edmunds) off of Dungey and goes to a really wide split ILb twins set with Tua an Edmunds basically flanking the outside eye of the widest in-line blocker upfront. LOVE to know/hear what spurred this toggle that more/less releases Dungey’s forward internal charges later on? (Though Foster did mix his spy looks back into having #49 go oo7 on Dungey later on as well)

1Q game duration:
If you are a ‘cuse fan, your oLine is aggressive. If you are a Hokie fan, or Ken, or Williams or Walker or Baron, the ‘cuse oLine is somewhere between inexpensive and dirty. As you saw hi-lo, pee-hole and cuts and doubling mechanics right on the blocking whistles moral boundary all day long. Ken took the first of many, at the 1Q 11:32 remaining mark.

2Q 13:27 remaining:
If you wanna see some Hokie steals, just watch Peoples on the upper right and Teller off to the left-side of the dogpile on your telly screen. Peoples is made of iron and Teller is made of worse than that. Wow!

2Q 11-10 remaining:
BEST goaline life-n-death defensive stand I’ve seen outta Vah.Tech since 1986 and Curtis Taliaferro‘s open-field stop on wvu in Lane. Notice the pure island coverage on the edge that held up; and a tremendous vertical surge from no less than a seven to eight man A-B gap overloads right in Dungey’s face. With three Qb hits and three Qb pressures just like that. A gutty sellout high risk high reward move from Foster.

2Q 5:28 remaining:
God Bless, as Vinny sure accidentally (right) leg whips big ole #8 Nigel Williams on this tragic looking friendly fire roll-up at the end of the ‘cuse middle-screen. Seeing Dr. Goforth and Staff SPRINT onto the field tells you just how scary this play looks on breaking-tape. Notice Williams is grabbing his leg, not his knee. God Bless some more.

2Q 4:01 remaining:
With the ‘cuse FG-Kicker already having come up short once before, why not put Strol’ back there to (possibly) field and return any shortie of a FGA miss? Auburn v. Alabama anyone?

3Q 14:58 remaining:
Huelskamp tackles Strol’ on the KO return as the harbinger of doom. Damn. (Though Sean did go gravedigger and bury the ‘Cuse wedge-buster at 4Q 7:55 to rally from this play)

3Q 13:32 remaining:
I know this seems sacrilegious… though, do we need to play Peoples over Sam as Fb1? As Sam has a lotta no contact plays where he just runs full speed by defenders and never ever chooses engage in left or right-side blocks. Everyone loves Sam. So it sucks to have to say that. He’s an Alpha worker-bee coach’s dream child. Though still, how many times do you see this on film before it is become “okay” to do something about it? (Or schedule and eye-appointment for him, …JIC)

3Q 11:22 remaining:
Lotta hustle on this swatted P.A.T. by Joey and by Walker. However, man-o-man did poor C.J. Carrol get stolen down the field!

3Q 3:59 remaining:
Okay, so, since half-when is it a good idea to put your best pass-rusher out into Slot-coverage?!? We do NOT have any Cb’s or Fs’ who can slot-cover any better than this? (Also: watch poor Woody grabbing the back of his left-hammie and stretching the same post-play).

3Q 1:58 remaining:
See R.Walker get his right-arm/shoulder pinned awkwardly underneath the Syracuse Rb at the end of this play. Godspeed; as this impact did not look salubrious to me. (Walker did return in the 4th however)

4Q 8:53 remaining:
Poor Ken gets his right-wrist caught in the belt-line (possibly the metal buckle/loop) of Qb Dungey as Dungey flies by on the even or right-side scripted Qb Draw; dang.

4Q 5:33 remaining:
“Don’t piss down my back and tell me it’s raining.” -Clint Eastwood-
Yah; pretty much true that, and don’t bother to tell me that Tua, Walker, Ken or Strol’ all hustled on these four, that’s 4 missed tackles per this one Tb-draw 16 yard scamper for six {sic: points}. We were only down one full play at this moment with ‘Cuse up 24-17; where was all that killer pulmonary cardio vampish conditioning here?

For most standardized sub-light speed teams; neither one nor two is in their pet or normalized offensive tempo wheelhouse.  Making playing the ‘Cuse when the ‘Cuse is having a good offensive hair-day a very difficult game to temporally manage accordingly.

This writer was really disappointed in our pocket pressure on a gimpy Orangeman Qb, with a history of a soft melon, and then a double knee injury in 2Q and with only 40% of his starters playing in block of him up front. One sack in 100 plays vs. that just straight up sucks. It really does, as does allowing 100% passing on two throws great for 94 yards combined. From, non, Qb’s! As we managed to hold the gamey Dungey Qb kid to 52% passing on a whopping 53 throws, picked him once, deflected him twice, and could and possibly should have picked him at least two, possibly even three more times on top of that. Accordingly, MAJOR props to Eric for being only the third Qb in the history of the Lo.FM to upset the Lo.FM while taking a twice injured statistical shellacking in the process. Very impressive kid –I like what he’s about.

Then mix in: Ken, Williams (looked bad to me), Shai, Woody, Walker, Evans and whomever I may have missed; and this Hokie football team that someone said was a really “dinged” up super and thin last week just officially became really “dented” and no less Jenny Craig as depth goes on a four day compressed schedule work week.

Penultimate, someone with some X’s and O’s credible headship (namely the ‘Cuse D-coordinator/secondary coach); finally recognized that Evans misses long (overthrown) or out in front on too great of a lead. As there is now enough Evans’ film out in opposing dark-rooms to start to develop Evans’ tendencies and therefore opposing defensive opposition.

Finally mix in the five, that’s 5-wide ‘Cuse offense sets (see: pic). And guess what? There goes all of Foster’s zone mixing, baiting, disguising/rolling coverage’s –as look just how far laterally and to a lesser extent how far vertically Bud Stout is stretched out and just how many Cb’s and Rovers are forced into pure medium-man here. In some ways, this hearkens back to the early 2000’s Whip’s being marooned in no mans land à la WWI. As ‘Tua and Edmunds are stretched to their run-fit horizontal breaking point, and their run-fit dynamics requiring them to honor the 1o9 net gain of a gimpy Dungey on the Qb keepers effectively eliminates what passing help they can afford. Some might call this being out-coached, I call this being out schemed (just a bad bad match-up); and at times, out personnel(ed) –as coach Dino could not possibly find a better fit from his Qb1. 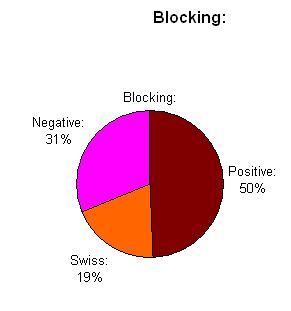 Evans said it his ownself… ‘cuse may have just published the Fu’Fense defensive manual.

And it was so simple, as to be too obvious to see.
Tree (singular) >>> forest, if you will.

the takeaway… the takeaway is, I wonder if we just got, exposed? As someone said last week, they R.A.T.T. felt us to be a lot closer to 30th best in national terms than we were to a lofty #17 in all the land. As we’d been fortunate for several games and the only thing I know about the nebulous or subjective concept of so-called luck, is, that luck always objectively runs out.

That very same someone even wrote about a hiccup game phobia way back in August; said; predicted it would happen. Although they said it would happen either before the ‘Cuse | or before we got the to BYE week prior to Duke. In other words, not in their wildest dreams, did they ever once say it was… the ‘Cuse.

Shows how much that dumbass knows…

Nevertheless, they do know that Foster was not happy post-game. Foster even was heard to have said that he planned on making some “adjustments” attitude wise on at least three guys this week. Thing is -and yah; he (Foster) is prolly right, that may indeed be needed- the  thing is, that’s a bitch to do with a gimpy stop-unit, on a short week, vs. a team that has given us some T.Rex sized oLine powerhouse fits in three of the last four years.

Then someone heard that Coach-Fu was not happy with what is ultimately his defense. So allow me to just say that Fu’ went hands-on, in situ. Crossing over as as coach and going so far as to enter the defensive meeting room for the very first time all year, unannounced, he sat down, and then summarily told Foster’s stop-unit in no uncertain terms that he (J.F.) wasn’t going anywhere until things got fixed! WoW!

Dang, most Hokie disappointed I’ve been in years on a helter skelter film that saw us have our chances to steal one; every bit as much as we were fortunate to not get blow out.

Though hey, God Bless the ‘Cuse. They beat us; they beat us good and clean. Orange PROPS to them. My worst Hokie call since half-past J.m.u., –apologizes, on that one men.

In closing, hearing coach-Fu was very unhappy with this mess.; very, and this high-octane up-tempo ‘Cuse club came at the worst short-week time, too. Accordingly, there is a lot on the Coastal line this week gents. As this could clinically snowball on a team that has not yet mentally cleaned out three years worth of middleorce or acceptance of being merely .5oo hygiene.

Or in other words, methinks [email protected]
We win both | or we drop three in a row.
Take thy pick.