Virginia Tech men’s basketball returns to the hardwood after a Memphis Hardaway or a Penny fo’ our had a chance and did actually control Tempo sharply thoughts.

The Hokies even took the lead with 4-n-change to play and yet could not A.B.C. (always be closing) on ex-Metro Conference rival Memphis State. Now, the Gobblers draw a Big East team that most have right on the pre-season Big Dance or March Madness bubble. As Xavier enters this contest at 4 up and 1 down on the year to date. Having just gone second-half cold vs. Iowa State in the N.I.T. semis on Thanksgiving Eve nite. On Thanksgiving nite+1, we now draw a pretty good hoops team with a nearly very good backcourt in the Musketeers of Xavier fame. Nonetheless, you wanna know who is gonna win and by how much, rights? So, read on… to finds, out!

Steele began coaching as an undergraduate at Butler University, assisting the varsity boys basketball team at nearby Ben Davis HS from 2001 to 2004. He served one season as a graduate manager at Ohio State before landing his first college coaching position as an assistant coach at Wabash Valley in 2005. Steele moved on to Indiana, where he started as the team’s video coordinator in 2006, and was elevated to an assistant coach for the remainder of the 2008 season after Kelvin Sampson’s contract was terminated by the Hoosiers as a result of NCAA recruiting violations.

After Indiana, Steele was hired by Sean Miller at Xavier for the 2008-09 season. Steele was retained by Chris Mack after Miller accepted the Arizona head coaching position, and has been a part of a Musketeers program that has been to eight NCAA tournaments, including an Elite Eight run in 2017, as well as being part of two Atlantic 10 regular-season titles, and one Big East regular-season title.

On March 31, 2018, Steele was promoted to head coach to become the 18th head coach in Xavier history, replacing Mack who departed for Louisville. Travis Steele began his first season (2018 – 2019) with an entirely new coaching staff and a depleted bench, having lost most of Xavier’s starters from the previous season to graduation or early declaration for the NBA draft. Xavier would enter the Big East part of their schedule at 8-5 in the non-conference schedule. Despite an early 6-game losing streak in the Big East conference schedule, Steele was able to lead the Musketeers on an end of the regular-season rally, winning 6 of their last 7 regular season conference match-ups. Xavier finished 3rd in the Big East (9-9) heading into the conference tourney. Likely needing a Big East championship to make the NCAA tournament, Xavier was able to win their first Big East tournament match-up against Creighton, before losing to Villanova in overtime in the Big East tournament semi-final. At 18-15, Xavier qualified for the NIT tournament and would fall in the 2nd Round on the road to the eventual NIT tournament champions, Texas, in overtime. Xavier would finish Travis Steele’s first season as head coach at 19-16 (9-9).

From what Eye could triune website find…Baller Steele never stole much of anything.
As this appears to be one of the extremely rarefied D-1 big-whistles to have never run ball!

Daddy Steele, the brother of former XU assistant and current Akron head coach John Groce, was born Nov. 12, 1981 in Danville, Indiana. He and his wife Amanda reside in Cincinnati
with their six-year-old son, Winston, and their son Anderson Michael.

Xavier at a glance:

7′, 245 lb., strapping-looking (hardship) r-Junior year Jack Nunge is the one legit paint-player Xavier can field at the moment. Jack nudges the needle at: 9.8 ppg, 7.3 rpg, 0.5 apg, 0.8 spg, and 1.8 bpg. Which is not the worst work in relief if you can get it. Is it? Said to be a physical plugger with an unusually diverse skill-set for his strengthy look. Iowa transfer Post who won a lotta BIG-10 academic thingys. Does however have a history of knee blow-outs. St.Nikkon bless! Dad (deceased: God Help) played basketball at the University of Rochester and mom’s played basketball and softball at Central College in Iowa. All she-siblings play something somewhere, Volleyball @Illinois, Volleyball @Norte Dame. So, there is a Genome look for height in this family’s sporting D.N.A. Has improved every season, slowly; steadily, surely, less this year which has experienced a near 200% boon in scoring itself. As you gotta wonder just where this kid is on 2 good-wheels? As he is not ½-bad as is. Jack has been feelin’ and stroking it of late. Hot player here men. Prolly close to a 1-man X-factor as this contest gets.

Dwon Odom is a: 6′2″, 182 lb., second-season backup One for Xavier. Kinda has a football Ss look-n-feel to his sawed-off sparkplug build. Odom is you one true backcourt sub’ on a now injury-shortened pine squad. And he is the Xavier defensive-stopper for it. With: 5.2 ppg, 2.2 rpg, 1.6 apg, and the team lead at: 2.0 spg. Will play hard-nosed DET.Piston era on the ball D and is kinda built like the microwave himself. 3.11 assist:turnover ratio shows he knows ball-handling parsimony itself. VHT kid too (very highly touted). 4-star rankings from 247sports, Rivals, and ESPN … as d.O. logged in at No. 55 overall (and as the: No. 9 point guard) on 247sports. A lot is expected here, and there is a bit of a ways to go expectationally if I may. From this H.S. high-scoring tho single-A back-to-back Georgian state titlist. Ask back in a year or so… as this one seems to want to be a fringe overseas pro’, with mo’ P.T. and looks.

the takeaway:
The takeaway here is… one could be fairly taken with either squad here.

As both seem destined to take to the post-season; at least to me.

The only real calculus is… at which level of post-season itself?

As neither one strikes me as anything less than N.I.T. And frankly there is a fair-t0-middling chance that each one will get to flex their NC2A bracketology in the third month of 2o22.

As each club is prolly not less than Top-4 in two really hard-azz hoops conference calls.
Making the only call here… which one is ready/up from the jump for this one here?

Our handy-dandy friend the so-called Forum Guide of Graham Houston fame is calling for an A.c.c. round-the-horn ask-back re-up here.

The annualized year-to-date vitals say that… VeeTee is up a useful lookoing+7% in shooting percentage margin (nearly evenly O & D split); with V.P.I. up a staggering 29% in 3-point percentage margin (Xavier has been chilly here, and being 2nd-best in 3-point% allowed D never hurt anyone), with Xavier up +7 caroms on the fiberglass and in rebounding margin.

…so, methinks this is a touch-n-go tough consolation game test.

As in… which team is really up to play here after a disappointing alike game #1?  That’s code for leadership (baller/internally) or motivating (coach/externally).

In addition to that… and with those subjective objections to making this pick… Xavier did not seem to warm to the late November Brooklyn gym on the opening N.I.T. night. The Musketeers are also a bit dinged/dented-up and frankly… now might not be the worst time to play ’em.

That sense of timing is through no credit of our own… granted… and yet that does tip things off-court into our on-court Friday Night hardwood favor.

This is NOT a bet-everything-you-own call… not a steal thy neighbor’s dog, hoc him and bet him to typea call. As Xavier is better than they have showcased so far.

In lieu of anything else… Coach Washington Irving and I will go Gotham with that. 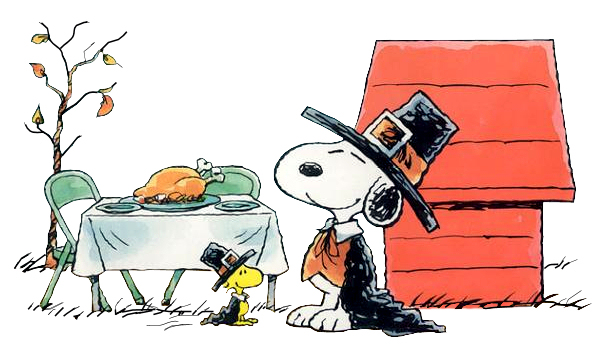