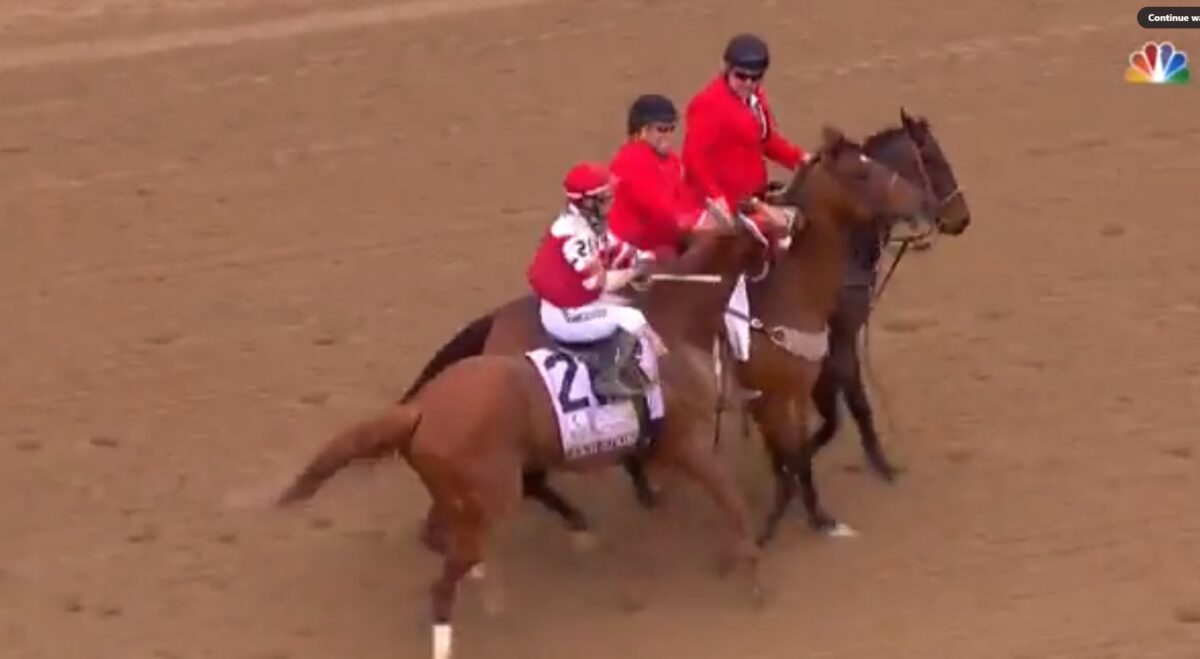 Surely, I was the only Triple-Crown horse-whisper or at least unstable-boy who did NOT get his Kentucky Derby pick(s) all, ‘rong! Right? As two straight blown-up monitors later, one rewiring, and then a couple of interweb glitches later… “thx” @Coach God; and frankly Eye never got around to excelling this season. Never got published. Never got, beat. LOL… picked the right time to stop sniffing-(factorial), glue. That attempt at punny satire aside, let us see where this 2o22 middle leg of the Trip’ Crown or Preakness Stakes might just be? Or, rather we will all see where the Kentucky Derby winner, ain’t❗️

Ergo, therefore, to whit… I personally do not see a whole lotta value in true long-shot players for this 2o22 Preakness $taking.

As the bottom-2 -some might say the bottom-3- seems mo’ parts cellar-dwellers than they do max’ headroom much less roofers to me. As some years there is some bottom-heavy intrigue for high risk and high R.O.I. inclined wagerers alike. This year? And not so much…

…the true ‘cappin’ fulcrum for you is this… do you really wanna try any horse not named Epicenter to “Strike” it, “Rich” over in B’more, Maryland?

Because in as much as there may not be an A+++ horse posted here, there are several B— to B’ish ponies in play to run this one.

Eye can listen if you truly feel there is at least ‘sum’ value down this kinda smallish or lowercase sized Preakness 2o22 field in quantitative and qualitative terms alike.

And do really, Coach Æsop would say… the tortoise won the race.
Even if that is merely by a hare, here. 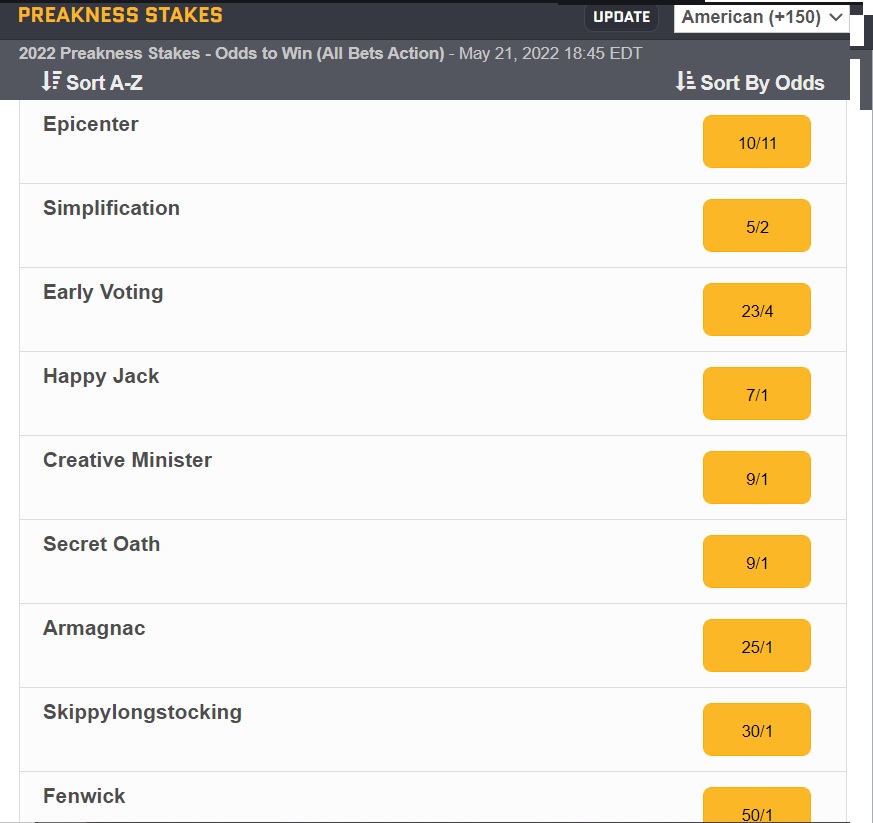 Supplemental nominations may be made in accordance with the rules, and upon payment of $150,000.

Weights: 126 pounds for Colts and Geldings, and 121 pounds for Fillies

…the safest -if not the best play- is to just ride with Epicenter be his finish a seismic 1st or less graphic 2nd or 3rd per a Show bet.

As there are numerous horse-writers that pretty much have said that if not for bad Derby luck he’d have had no luck at all.

Me? I could feel dat… well, if not fo’ me and Cicero realizing that: “Fortune favors the bold.” And that was one emboldened set of afterburners that saw an opening, kicked the pig, and took it 80-1 finish to the K.Derby. “red” Auerbach used to say that: “Championships are not won, they are… taken.”

Hopefully, with the Kentucky Derby winner likely to run in the Belmont, there should be some noticeably more intriguing betting lines for that one there.

As in… methinks the final equine leg of the Triple Crown will be a bit more straightforward or maybe even a scosche easier to ‘cap with the K.Derby champion on board.

…well, that or you take a 1u flyer of a risk on a mid-range Show-horse or two
and then wait to load the gun for Triple Crown race number three.