Tech won. “Hoo are you, hoo-hoo, hoo-hoo”? And what have you down with George Welsh? Hell’s-bells, FREE Sonny Randle for that matter as uva has just officially become where sportsmanship goes to… die. As this game went from inexpensive shots, to cheap shots to never ever put your hands on a Referee Baltic Avenue kicked the (bleep) out broke.

Started about five minutes into this one and it was (truly) all downhill from there.

Lottsa material to get to here folks so I’ma gonna split this one into a double-header; and from the looks if it? That suits some of these boo-hoos just fine.

1Q 14:07 remaining:
So the run game improved, with both starting Ot’s out, in a Buzz Williams savvy 3-G alignment, and with a hurting Te. I wonder how? Could it be football really is a game of… inches? Yes, as girls everywhere will tell you: “size, counts”. And if you count the size on the VT oLine splits here you will see what I meant when I just said that football is a game of inches, indeed. As the Vice Squad has sum dang narrow splits right now and quite frankly, that may be the only thing they have left.

1Q 9:00 in broadcast, tho’ 60 mins. remaining:
Ahhhhh, okay… I’ll bite here… as the Caucasian guys are clearly throwing my Eye off… so after the Tuaman got Fu’ and Foster both lei’ed in a highly emotionally and yet 100% entirely legitimate cultural moment during pre-game in Lane Stadium, on Senior Day last week… uva just had to do the same?!? Really uva? I mean really?

So by all means, adjudicate me… how many senior hoo’s are Polynesian? Or are these decaf’s just taking a run at Andrew’s cultural heritage here? All those self-uppity SAT.uva.edu credit hours to graduate and yet hoo has NO class at all?

1Q 9:00 remaining:
The crackback on poor Gaines I can deal with; hell, I’d even order two for one in retaliation myself; the dirt-dive however is pushing boundaries that have a tendency to push; back! As notice the 2nd screen-cap’, Gaines has his legs up in the air like, well, like a girl, and #44 of uva is turned on by that?!? What kinda man are you, son —and hoo’s team do you really play for?

1Q 8:46 remaining:
Very next play, #8 hits and drives Facyson about 5-8 yards backwards after the play and the first of many scrums or tête-à-tête erupts. And what was the Vegas O/U on uva’s… composure, again?

1Q 4:55 remaining:
On the uva punt return, #28 just has to get his Playtex movement in, as he goes cheap on poor Watts. Now oui, the sportsman gelding otherwise know as Bronco is to blame here although so are these zebra’s, as this is swallowing more than just a… whistle.

Game duration:
…as actual football itself goes… saw me a new punt-coverage release in the 1Q, saw several naked backside counter style plays to either the Qb or Tb1 off the triple-flexion point in our normalized R.P.O.’s and I even saw me some scissoring plays as off-Tackle work goes. As Fu’ and Corny and Shibest clearly kept a few things in their pocket all season long just for this one.

2Q 5:49 remaining:
First one they called as the uva punt Ls (Spaz’), raced downfield after the pass, and totally stole poor Watts; again; about 1.91 seconds after the whistle had blown. uva football, you just can’t make chicken-salad outta chicken-(bleep). (Though in all O&M fairness, coach Shibest needs to remind our guys to go boxing vs. uva and: “defend yourself at all times.” (See: above)

Game Duration:
This is the hardest I’ve seen a Hokie sideline pull, push, root and cheer for all things O&M in a long long time. Don’t wanna ghost part II and something the Eye caught that is the best sideline moment in this State Championship rivalry since the uva trainer tripped out on the pick-6 for V.P.I. way back when. Nonetheless, suffice it to say this is the most I’ve seen a Tech sideline staff into the game since Frank’s last trip to Mo-town Wv., or since we clinched vs. Boston College at home back in 1999. As the staffing crescendo of Hokie heart and extreme emotion only grew, then rose and then detonated on uva in an off-the charts moment late in the second-half. Three cheers for Fu’ and company as they surely coached their guts out on Saturday night.

(READERS note: all metrics below are for the first 30 mins., ONLY) 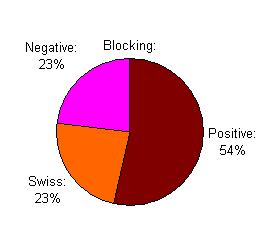 Now, do you recall the articles stating that we were STILL using our 2o16 play matrix after 67% of our games this season? Do you recall the vital? It was 58% run : 42% pass. I repeat, the exact same Fu’fensive mix with Cory as when they still had: Sam, Evans, Ford and Bucky. Huh? Say what? Why is that?!?

So was the fact that this column proved objectively that we played big bad Miami to a deadlocked freakin’ standstill on the road when we scrapped that downright silly looking pass matrix and ran the damn ball. Then guess what happened along the way to the Commonwealth candy-store…

Check out the uva play-calling toggle:

As try as we might gentlemen, football still ain’t rocket-surgery and guess who finally, listened?

Now, to be fair, we did not always live on schedule here, thereby creating number of Lo.FM’s. Thing is, we did a vert serviceable of a job on our so-called: “maintenance plays” that are designed specifically to disallow or at least take a bite outta 3rd (or maybe even) 4th and long. As that’s coaching + heart and that = Virginia Tech.

Though, in all fairness, did anyone else notice a difference in JAX runs in the first-half vis-à-vis the 2nd-stanza? Makes you wonder just how much “help” the poor kid had to take during the intermission? JAX ran highly delicately in the first 30 mins. for 9 total yards. Or about 23% of his eventual rushing total. Mutually, he sure runs better in-line, straight ahead, with no moves or cuts as that foot fracture must be killing any change of direction in lateral terms. Finally his salesmanship sure has gone up on that triple-flexion point over the course of the season. As JAX scored no less than three ESPN2 camera fake-outs and he scored another one on me. Not half bad as a bait-n-switch routine goes for a r-Fresh.; who only figures to mature and improve on the same. As he and his father (Coach Jackson) speak every single day of their lives. On behalf of those of us who have survived to bury our fathers’; we envy you that. 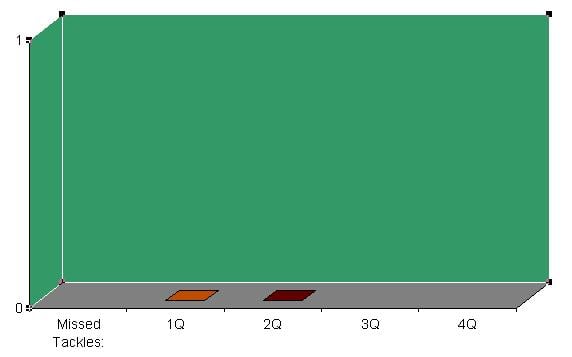 As the Lo.FM goes… pretty dang wild to the point of being untamed to see a team that is so “limited” on offense -almost to the point of being: “inert”- go a stunning, virtual 18 minutes before truly getting off-schedule and tallying their first negative Lo.FM. Whereas the senior heavy and the healthy team chalked up a downright pitiful six, that’s (6) Lo.FM”s over the very same time-frame. Now if that is not enough, the opening tic-mark negative Lo.FM stanza read: VT=1 Lo.FM uva=12! I’ve never ever never seen that one before as the not quite epic Fu’fense went a bizarreo ~36 minutes before hitting its second negative Lo.FM scratch-mark. Dang yo’! That’s getting every single thing out of spotty talent, and from a truly hurting in spots offense that you can freakin’ get. Not even Lombardi raised to the Walsh power can do much more than that.

Additionally, or should I type: “ancillary”, I was almost wondering if Fu’ told Shibest’s punt-team to take the two 5-yard penalties to give Oscar more room to punt? Because the first one moves you outta deep FGA-range and that leaves you less than a full half-wedge to the stick. So why not take the delay-of-game and put the baby in Foster’s lap. Coach Foster likes babies, as he’s been wet-nursing these lactose intolerant boohoo sissies for decades now. Tough too wean them off of that Zima bottle though ain’t it?

Or to put it another way… when you look at the Lo.FM scoreboard itself, uva had better be thanking their lucky-stars that we did not beat the damn breaks off of them in their own backyard. As whenever your O suffers a 74% negative Lo.FM affect rate you good sir prolly not only got beat you prolly got punked. As this game was right there for us to blow it wide open in several places where basically Cam Phillips needs to post a: “Help Wanted” ad’ in the Collegiate Times before we go bowling in about four weeks time.

…the takeaway is that… “Resistance is, Fu’tile” and that Hokie insistence is, a, bitch!

Accordingly, I guess I now understand why the sabre staff does not pick scores in their preview(s)… as how do you go out there and tell the truth on a stink-bomb like this and have any subscribers left? And as we already know, uva’s fuggy sporting ethos suffers none of that.

Hooever, that’s not fair to credibly thuggy, cheap, or even dirty football teams’ everywhere. Allow me an example if you please… while the late 80’s up till the mid-199o’s Miami Hurricanes may want a word with this… the best gridiron -a medieval torture instrument, ‘mind you- the best gridiron example I can offer is the 1970’s Oaktown Raiders. Yes, Shell, Sistrunk, “the mad stork”, Atkinson, and most of all Jack -they call me: “The Assassin”- Tatum were about as thuggy as they come. If you don’t believe me just ask Lynn Swann’s neck that Tatum admitted he tried to break on a now outlawed yet truly savage lariat tackle upstairs in 1975.

Indeed, the Oakland Raiders were a sporting bike-gang in football terms, they -same as uva- talked the talk. They -unlike uva- walked that walk to a switchblade Tee. In contrast, uva ran their damn mouths, and then went spork on the whole shebang.

Whereas the Raiders bullied you, took your lunch money, and then took you outside the woodshed and splintered you good and hard if you fought back at all. Bronco’s bunch tumbled off the unicorn horn, rolled down Brokeback Mountain; manscaped their very own lawn and then proceeded to wet themselves repeatedly on chippy, sissy and downright girly looking hits play after play after play. As a mega Y chromosome those truly alpha Raiders indeed were— every bit as much as toughman contest winners these estrogenic Ken Doll’s are not.

Now, and although I’m NOT for trying to break Lynn Swann’s neck, at least you knew where you stood with the hateful Raiders. You knew you had damn well better bring a gun to their knife-fight. With uva you only know that what they call standing up anyone else calls life on all-4’s. So all it really takes here is on O&M snap-n-pop; if that.

As coach-Fu’ and coach Hilgirth were playing Stratego; when Bronco and his 85 man lingerie bowl didn’t have a… Clue.