Virginia Tech men’s basketball day no.1 with 364 for go, Holiday entertains the turnkey prefab marketable dream match-up of the Golden Domers on New Years Day 1 pm matinee down in the warming New River Valley. And may Coach God call all your 2019 A.D., plays.

The Hokies host the 10 up and 3 down Notre Dame Irish hoops squad that comes to ESPNU broadcast town from 551 miles away to visit the Hokies homecourt; although Christmas Break populated Cassell Coliseum. As he is our chance to ring the Revenue Sports dinner bell after fasting on Monday over in Annapolis. Nevertheless, what you wanna know is who is gonna win this 2018-2019 Atlantic Coast regular-season opener, right? Read on, to find… out!

Brey led the Irish to the NCAA tournament in his first three years as head coach (2001–2003), notching a Sweet-16 appearance in 2003. He has led his team’s to tournament appearances in 13 different seasons at two different schools. He has won six conference championships, four Conference Coach of the Year awards and five National Coach of the year awards (all for the same season: 2o11). Good for two Elite-8’s and three Sweet-16’s overall. Coach Brey has only suffered one negative (<.5oo) L’ing season in 21 years. And his teams have enjoyed a post-season in all less three months of March. Coach Brey teams attend with an overall skillful, offensive and a shooters marksmanship rep’.

Born March 22, 1959, Brey is a 1982 graduate of George Washington with a degree in physical education. Brey has two children – Kyle and Callie – and a granddaughter, Olivia Marie. Kyle was a Te/Fb for the University of Buffalo from 2006-09. Brey’s late mum (Betty) only held the world record in the butterfly events and competed for the United States at the 1956 Olympics in Melbourne, Australia. God Bless.

6′3″, 167 lb. Prentiss Hubb is a debut season as a protein shake kegger just looking for a headstand weight-room party-animal funnel to happen. As this is one lean kid who on an lb. for lb. basis is about as confident as they come. 7.3 ppg is not bad for being this young, although 31% overall and 29% do need to Raman noodle microwave oven dorm’ warm-up more than a bit. Hubb was a top-40 high school recruit consensus wise prior to a senior year knee whammy (may St.Nikhon help some more)— whereafter Prentiss only finished ranked no.83 in one national recruiting service. So here again, what would this cocksure One be doing on two good twigs?

Fr. year Nate Laszewski is a 6′10″, 199 lb. string-bean springy P/F frontcourt baller from Jupiter, Fla. Nate nets you 6.8 points with nearly 5 rebounds and a swat in relief and you have to be intrigued by what this rail-thin big man can be if his body every big-baller fills out? As he already leads N.Dame in FT-shooting at 84% and 47% overall is never a bad thing. Lasze’ was ESPN’s no.51 baller nationally and he sure set a buncha New Hampshire scholastic 3-point shooting marks as a Euro type Four. 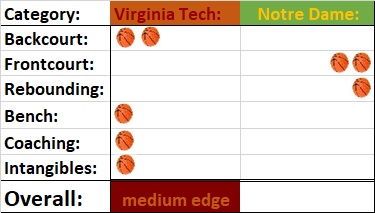 the takeaway:
The takeaway here is… with neither team at full-strength, is this game merely as a case of who is hurting… least?

Or… rather, is it more like Notre Dame hoops is just good enough to muck around with us if they land their A-game visiting punch; or if we are New Year’s Eve all hungover on this early Gatorade laced with Rolaids and lines of Goody’s Headache Powder early tip’.

Because beyond that I don’t see N.Dame slotting north of the middle of the A.c.c. As their starters can hold it close for a while and at some point it’s it and that’s that.

That overall broad-brush reality in place, if N.Dame were to Penn.State us and slow this pace down to where their heighty and therefore favorable post-match-ups can clog the lane and clog the O&M draining of long-distance tempo friendly shots?

Then there is modest to reasonable shot that an Irish (hardwood) hooping car-bomb might just go off here.

And insanely in pre-conference play terms, we do have our handy-dandy friend the so-called Forum Guide of Graham Houston fame in play for this one as both teams have balled vs. Purdue O.O.C. (out-of-conference).

The Forum Guide is predicting a 2 point Irish victory per a +1 rebounding margin edge, although more significantly enough N.Dame was +6% in FG-percentage margin and a nearly astonishing 22% better in 3-point-percentage margin vs. the Boilermakers than we were. Maybe that’s prior N.Dame health talking, maybe that’s just match-ups/style of play or even a little of both. Although either way that’s a lotta shooting marginality to plum, ignore.

Virginia Tech is +1 on rest and balling at home during the close of Holiday seasonal business 2018-2019 and that means that this is closer to a +1.5 or so R&R homecooked, home-slept advantage. Even with the end of year closeout and inventory insurance saving liquidations, that seems pretty lucrative to me.

All that being rightfully said… Nickeil Alexander-Walker and his practice -which is the hardest hardwood court I’ve ever been on- and his practice floor popped left-ankle are: “questionable” for this one and Eye for one would be surprised to see him at this point.

That to me brings Notre Dame into striking distance. To mix my sporting-metaphor… I do not feel like Buzzketball strikes-out here; although this one has the look-n-feel of a foul-tip or three. 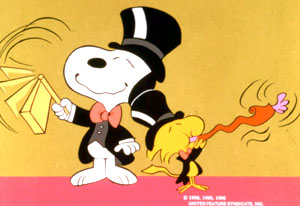