Virginia Tech football fought hard, they fought well, they fought long and yet, in the end, the superior firepower and outside/edge match-ups of the Fighting Irish of Notre Dame simply outfought them.

The Gobblers did about all they could do effort wise Saturday night and they sure left a serious amount of O&M calories out on Worsham Field. Which makes this only 92% double-perfect humble scribe seriously wonder out loud… with what we have left
…where do we go from, here?

1Q 14:28 remaining:
Acta Non Verba N.Dame style and this is ENTIRELY what we call walking the walk…

…just watch as N.Dame’s true burner of a Rb (Williams) hand-signs “talk talk talk” to the mindless “woofin'” from Floyd and the Beamer tribute wearing Ladler as they suffer S talking diarrhea of the mouf post-play.

1Q 12:30 remaining:
Although we can not rightfully say that Ashby is a right-size Mike-Lb, he, ain’t. We can rightfully say that someone brought him up both hard and well on tackling fundamentals along the way. As this -and a later 3rd Q halt- are masterful stops in space. Beautiful tackling 1o1… as two-three scrapes very well to the ball, with really bear claw strong hands when he does.

1Q 9:22 remaining:
BEST wedge KO return hit I’ve seen inflicted in many many a year, maybe even in a decade+.

As POWER to the Peoples lit #32 of N.Dame the Foxtrot Up!!! WOW what a hit. And props to one #32, as I have no idea how you get up -much less walk away- from an I.C.B.M. cratering impact like this.

Halftime ESPN I’ view:
“He’s {sic: Ry’ Willis} trying to make every play ever invented in the history of football.”

So, -and thx @Coach God- allow me and my baller championship background and my perfect wire-to-wire 100% grade in Applied Sports Psych from Illinois under the Dr. Minnix help interpret this for yah…

Been a while since I’ve seen a coach commit this much marriage to a Qb.
A likable, popular, Rolex game-manager; although ultimately the highest floor Qb.

JAX starts as soon as JAX is back would be my bet.
Ry’ can do this that… and JAX will start.
(QVT is the only one who might
divorce Fu’ from JAX)

However… why is this you sagely ask?

Fu’ was visibly and more so audibly buckled, annoyed, and really truly madly deeply personally and professionally alike put-off by the lack of control he currently maintains over his new Qb1. JAX=obedient and actually pretty smart. And do recall what someone told Will’s pay-side message board after the ~2 hours Fu’view (Fuente interview)… namely: when Fu’ wins he’s a mega attention to detail guy leaves nothing to chance guy… and when he gets beat or things go sour some day, he will be as viewed as a stickler of a martinet micromanager. As they say in the U.K…. “you do the maths.”

Or in other words… Fu’ and his pretty needy level of Semper Fi control are both STILL playing Qb! Albeit a phantom or ghost-Qb, just one flowchart inputting step removed. As in… any Qb who breaks Fu’s play-shapes is a Qb that Fu’ will (if he can depth chart wise) he is a Qb that Fu’ will break right on playing-time off.

(go back and reread this section until you get it, it’s one of the more important ones I’ve ever writ)

3Q 9:46 remaining:
Tre Turner got knocked silly on this one, at it had a whiff of cervical scare to it at first, then it looked more like a forearm shiver right into the chops/mouth full of pain/blood. Though hopefully just a bell-rung.

3Q 1:53 remaining:
Oscar Shadley… know who he is? Me neither …nonetheless, just observe as our long-snapper hustles his vitamin-A off and then (finally) pancakes the Punt Return jam man after about a 20-30 yard scuffle downfield in coverage. Way to be nine-seven, way to open some erstwhile sleepy Eye’s.

3Q 1:52 remaining:
Never ever seen a backside (literal) ass-fake of a hand-off on the play-action by Book to the plunging Tb in the Pistol set. TOO funny to see and the film-room will be ROTF roaring with LOL’s here. (and then he promptly overthrows the miss to the Te on the drag pattern as making a fake with your derriere banjaxes the whole shebang)

4Q :22 remaining:
Well, at least Pfaff fought until the echo of the whistle or until the echo of the game as he totally obliterates #47 for N.Dame on the perfectly legal though nobody else was still playing play. (i.e. this musta been something lingering all game and Pfaff had the shot so he took the shot) A few parts sporting sketchy and no parts …artistic.

Tech tidbits:
Wheatley has a really bad looking right-shoulder. Newbie r-Soph. Cb Tyree Rogers does not a good looking one (has okay in-line speed, though gets his hips really turned and is trapped on change of directions or double-moves… Eagle Drill anyone?); and then Wheatley dinged up his right-leg to boot. A cruel mistress this oblong gridiron. 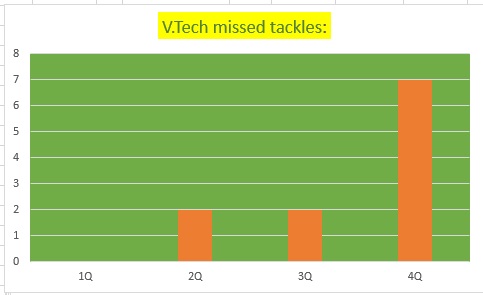 Our top-24 combined tackles on the night you ask? All, as in 100% of our secondary ballers. Not one Linebacker, not one defensive lineman need apply— and even if you work for Maytag, there is just no good way to cycle through and put a positive “spin” on tackling depth when it looks like that.

That all being rightfully said… go ahead and memorize this… how much more blood can Foster squeeze from this Hokiestoned rock? As he (Bud) is doing all he can with very limited match-up secondary parts… in extreme particular vs. big/bad physically advantaged Wideouts. Remember, to file that one away for Fu’ture Bud Lyte match-up reference.

Tackling itself was very sporty enough early on; although bigger N.Dame wore on smaller V.Tech as the game wore on. Which equates to an average mark as grading goes.

As the TTT metric goes itself, Ry’ Willis took more than one for dear ole V.P.I., he took several, as his big hit stopping counter now stands at three kayo quality punches caught and all three times he’s hopped up right as rain. The kid has a chin, beard, whiskers… can’t say anything less there.

And Dalton Keene is on his way… on his way to being an all-conference blocker, as even his pure basic entry level fundaments are growing right before my little Eye on film. Hoyt is a damn hustler, the Rusty Pendelton or Jake Houseright of C’s if you will. He too is gonna pure raw determination just absolutely will himself into some kinda post-season A.c.c. award at some point in time. Though he needs to will himself into some more protein shakes and bench press plates as he wants for upper-body strength when mano-a-mano scrumming hat-on-hat at the point of attack.💯

And to be real and keep it 100 here… you don’t win much of anything when your Qb1 gets pressured 250% more and then gets outright hit 181% more frequently on top of that. 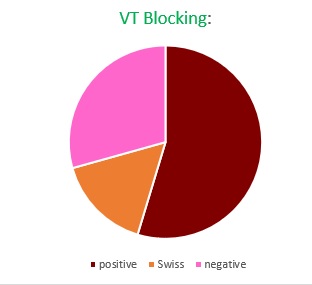 Picking up from TTT above… Ryan Willis was setting an LT3 got O&M beat-up Big-10 black-n-blue contact(s) pace as our pass fits were nearly downright abusive of poor one poor #5 at times.

Our run-shapes however, were not that bad and at times they seriously flirted with being downright good enough. As our run-blocking is obviously superior to forming our passing-cup at the moment. More so our rushing edges and seals mind you.

Additionally, and for reason(s) I can not explain… although Willis can easily make more throws quantitatively than JAX can, and deeper throws to boot… Willis just airballs some throws here-n-there. Like a sudden shotgun (pardon the passing pun) like a sudden shotgun or splatter effect as accuracy goes. Now, I would be want to call this a hand/grip and/or injury issue if I did not know better. And as is I have no idea what to call this upon breaking tape. You?

And for what it’s worth… did Book keep plays alive just as someone’s preview said or what? A Looney Tunes or rascally little Qb indeed. As Book’s not a great Qb, though he’s a CliffsNotes man’s rather novel looking Doug Flutie type Qb. i.e. he just makes plays and transmits clutch plays indeed.

RECANT: I owe Fu’ a bit of an honestly here… as Eye can see why he’s made nervy and/or frustrated by Ry’ Willis at times on film. Don’t wanna hit this too hard, although JAX gets the game, or at the very least JAX gets what Fu’ wants to be run better than Ry does for now. And it’s not just insomnia, tired, played-out message board mantra of INT’s in practice. It’s his RPO illiteracy at times. Not selfish per se, just trying to do too much too often. As JAX is a not as homeopathically juxtaposed mentally by his inherent Fu’fensive fit as Ryan currently is. (recall Ry’ is a pocket, Qb). So one can be forgiven for saying they (now) see why a limited ceiling Qb was/is the easier to in–game manage Qb1.

And call me crazy, although does a fresh early half/early quarter Hewitt remind anyone else of a mini-me J.C. Price having a good back-health day? Very quick and massive strong guy for such a seemingly less than ideal set of measurables. Really like his penetration/disruptive game as long as his petrol tank does not read “E”. Be really neat to see him getting some altogether proper rest from time-to-time.

And again, same as TTT up above, you do not win much of anything when you field 36 instances of chasing the chain-gang and your opponent only repels 22.

…the ultimate takeaway here is to once again borrow upon one of the better coaching bibles (lowercase), or that of The Winner Within by legendary Showtime L.a. Laker head coach Pat Riley.

Or in other words gents; there is only so much that even an A+++ coached Bud Bøck and Fu’fense can do with Jimmy’s and Joe’s that in part are so-so’s. AND all that while still attempting to Thoreau where this program’s hygiene will go.

If you ask me -and you did via reading these very words- if you ask me, that’s a Bridge Too Far. We are asking Arnhem of physically green troops while attempting to mentally boot-camp the very same troops after they have already shipped out.

That’s pretty shifty and the one thing I’m not most concerned about is… this might just be a very emotionally and anatomically fatigued football team come November for it. 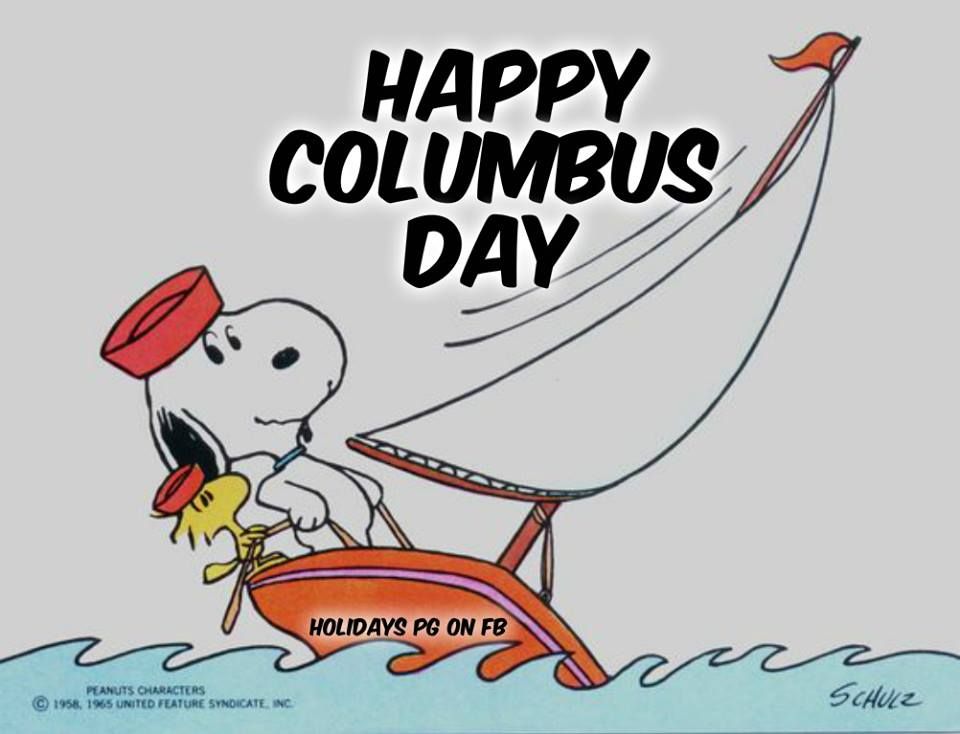 4-point home betting Fave V.T. needs to do what to win here?