Virginia Tech football… is down.

As the O&M Locker-room is officially at… war!!!

When asked during the post-game on Saturday night if he would consider making a change and becoming the team’s play-caller in the bye week leading up to Clemson Fu’ responded bitterly.

Been that kinda year… ain’t it? As this gives new meaning to: “Going for the ball(s).”

If a pic is worth 1K proverbial words?

This one currency swaps at 999… and change.

As three different Hokies got stolen at the end of this punt-return. And the appropri far-right look of the one in the XX-chromosome formation is that of a man on a: “mission”(ary) indeed.

2Q 13:27 remaining:
Holston with a kip-up looking right-knee pin on a very strange bridge over the dogpile. (St.Nikon bless). Tho’ he was back in the game a few plays later… Coach God willing, hopefully, this only looked grimacing worse than anything else.

2Q 3:35 remaining:
Tré with the ugly/unfortunate left-wrist football pinning, while bearing the weight of his upper body and that of #31 of Pitt who basically (accidentally) splashes the pronate wrist across the oblong-spheroid at just the ‘rong instant. Dangnation… St.Julia bless! 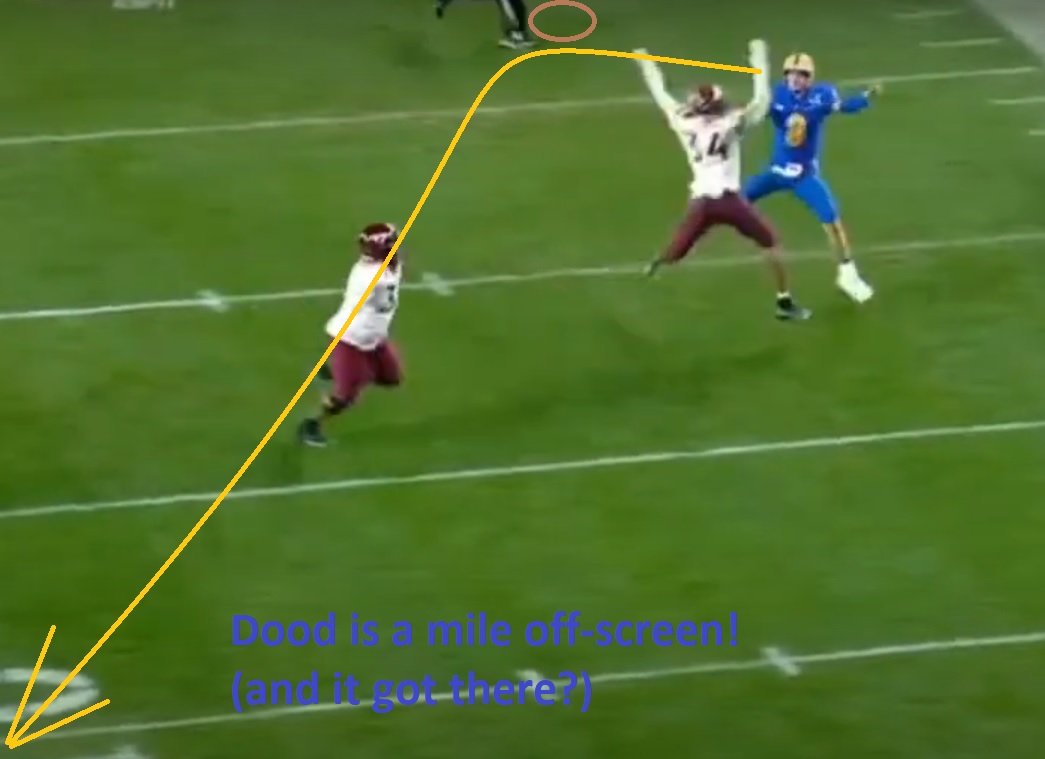 And it not only got there you say… it, scored?!?

LOL… how is this (wounded) Duck Dynasty possible?!?

2Q 1:06 remaining:
What is it with our guys taking it in the dong all day? (St.Elmo’ bless!)
(and in the shoulder prior to this too, St.Christopher bless!)

Intermission: 30:00 remaining:
So, Pitt was on pace for an astonishing Indy 500 102 total in-game plays at halftime!
Or, on pace to wear us plum-tuckered-out.

And this one went from some unsavory WWI mänō ä ˈmänō j.Wayne raised to the sgt.York style trench-fighting power early on… to basically being the blatant enemy of: sportsmanship itself. And frankly, we were the uglier team here. (mo’: below)

Which really leaves me wondering what Fu’ -who is about a r-state (squeaky) clean-cut as they come- thinks here? How is he of all idiosyncratic stickler people suffering this well?

Or has it grown beyond his, control?

3Q 9:59 remaining:
So, this one really burns me up… and apparently BBQ’ed poppa Hudson too. (mo’ below…)

As we were only down two plays here, and about to cut it to only being down one.
Right?

As Brockworst… who did tally some sharp hard-grinding to the ‘echo’ of the whistle pancakes on the day… gets punked.

By a Lb’er of Pitt who underweights him by 77 freakin’ lbs.!

4Q :51 remaining:
Well, just what you do NOT wants with a game already decided in fu’ll… as Holston and several Wideouts…

…all get dinged at the end and Hudson got yanked.

(tho’ at least the loveable a.Cannon scored a final play pancake).
IF you do not like our Cannon you hate puppy-dogs and sunshine itself. 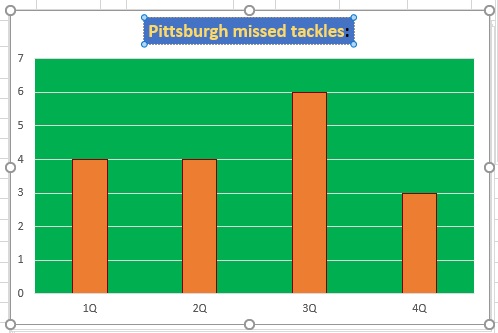 The much-vaunted TTT metric does correctly predict a Panther den-party.
Though in all candor, it predicts a closer one than does a 33-point curb-stomping mate.

Ditto the fact that we were (per se) only outgained by 122 total yards. Which should aver, posit, and connote about a 1.5 play Pitt VomiTing of VeeTee.

Tackling itself was so-so… tho’ the queer thingy is… it was pretty bad to start, and then to close?

Well to close we either did not get there (i.e. in position to tackle). Or we were just too well blocked to tackle as our smaller -and in extreme particular- our slower, less twitchy defenders were either covered, enveloped or outright Sex Panther inhaled.

Ergo, 4Q tacking vitals actually bucked-up a scosche through no real credit of their own. As tackling itself was a mind-numbing –226% softer this week than last!

(although we DID run plays out vastly better than our jus’ plum Q-word last culturally expiring visit to the Allegheny, Monongahela, and Ohio).
So there is… that!

In the last cumulative fortnight of play —consisting of two scrums… O&M eggs and j.Ham has faced one full-strength oLine; cumulatively!

Well, for starters… (do you see what Eye did there?) …for starters it equals a mind-boggling:

And yet when we play them?

We not only flirted with 1,000 yards-allowed combined… we did some heavy premarital petting with the same. Good thing we did not get preggers here. 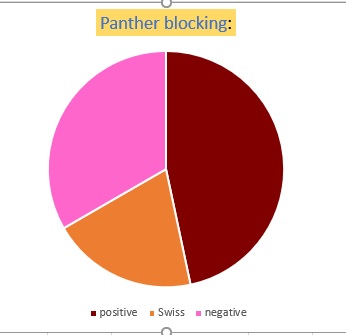 The much-ballyhooed Lo.FM metric gets closer than the TTT metric did as it at least does succeed in predicting a larger margin of victory. With a few things to bear in mind here post-Panthers…

A surprising amount of average to less than average Pitt plays here… Eye did not get the feel for that in-game, did you? As Eye messed up, in that they seemed smoother than they were on my in-game 1st-school 424 Shanks Hall clipboard. Though this is why you take the time to run the numbers and not your message-board, mouf.

Although, this as well from a Pitt team that got stuck in the Heinz Field mud and stalled their first three scoring drives that went for merely 9-points on right at 130 yards-generated. Or, this one coulda actually been worse. Ditto the fact that we mucked for the first 36-minutes of pigskin until we tallied our second positive “+” Lo.FM Fu’fensive marker of the day! Geez! And again, in all candor, it did not seem that way to dumbass me under live-fire in-game.

And as you can see, Pickett’s-charge did not crush hardly any BIG Lo.FM plays. Tho’ he made mo’ positive plays that were *just* big-enough when he absolutely had to. Like a medium sized-guy with incredible Bed Club stamina. Including 100% on 4th-down and a useful enough 44% again on 3rd-down converts. (this vis-à-vis our very own: o for 3 fail on 4th and pitiful 27% on 3rd’s).

Hooker started out pretty reasonably well enough— to his credit(s). Then Herbert seemed to get his rushing A-fits on track in the 3Q. And yet our Hooker finished 25% on Hokie passes and 100% on passes to Pitt in the final 31-minutes of work. Well, that is; less the final 2:09 of QVT work if you are keeping stickler score at home.

Nonetheless, remember, same as horse racing… it is not where you start; it is where you finish. And our Hooker climaxes early and often and then finishes chilly -if not clinically frigid- late. This is unfortunate, as Hooker is a likable guy, tho’ it appears he has reached his next-level Peter Principle passing ceiling; in particular, late {sic: when forced to throw on the scoreboard chase}.

Blocking itself was hard-fought, hard-won, and sometimes just hard-beat.

i.e. bet the over on each team’s whirlpool prop line for both sets of frontlines as both teams left a piece of themselves undertook out there on the Ketchup Bowl turf. Kinda like Ali vs. Fraizer part I; these two need a minute or three before Part Deux.

An ugly, non-Disney, non-Hallmark she’sy movie kinda scrum.
A tough way to earn a living from a cruel mistress of a Terminal Contact sport.

Blocking also just hit its nadir or low water-marker as a 60% Vice Squad vs. possibly the 100% best-Dline we will see all year was a proverbial “110%” bad-match-up at best or at most. Internally on our G-c-G wedge blocking trifecta in particular. As the Pitt dLine is somewhere better very solid and extremely good -if not downright great-. And Eye gotta admit, their discipline and composure while being centered so much garbage all afternoon long was impressive indeed.

A cyber Norris Hal tip of the hat to the Pitt dLine coach and his kids head-game thermodynamics is merited, here.

“There are very serious problems with our football program, and we are well aware of those problems, but there are not any solutions to those problems that we
know about now.”
—william floyd

Well, at least not this side of poppa Hud’ vs. poppa Hoff’ over on the always willing to lower the ball even fu’rther twitterscape.

Yah; pretty much… I mean beyond a General Saul fall on your own sword swan-dive plunge?
Or, beyond Baylor -or whomever- really wants and gets Fu’?

“Resistance is Fu‘tile“… tho’ in the meantime?

Well, haters gotta hate… Kumah, Hill, Cunningham, et al… just’ can’t lift their hind-leg high enough and lemonade spike Fu’s press-conference signature H20-bottles. And just like Hollywood Knights taught us all: “…it does have a little waaaaang in it.”

And no Eye don’t mean Ed or David thereof.

xxx‘s & ooo‘s:
Pickett’s passing patience underneath.
This airhead out-thought us every bit as much as he out-fought us.

A Sun Zu Ancient Art of Qb1 for sure!

formulae football:
We have gone backward a staggering –44 spots in yellow-laundry since the season began! That’s just not a toe-the-line Semper-Fine formula for success gents.

It’s nothing short of #HardSadRough to watch this year and possibly this big whistle’s career finish up.

Too much turtle… not enuff, shell.

And in all candor?
It is prolly only gonna get worse Hokie fans…
…with no Coach Next word from gonna get “better” itself until 2024; or beyond, give/take.

That all Jamerison ¢enter O&M regretfully and yet R.A.T.T. fiscally in place.
The last time Eye checked? Where you stand is where you sit.

Because as things $tand right now and looking ahead…

Klempson? LOL. Hell’s bells, Eye and my have indeed ballled in parts of seven different decades-old body, can (still) suit up; play-out in that game… and it would not matter for either side.
Either way… 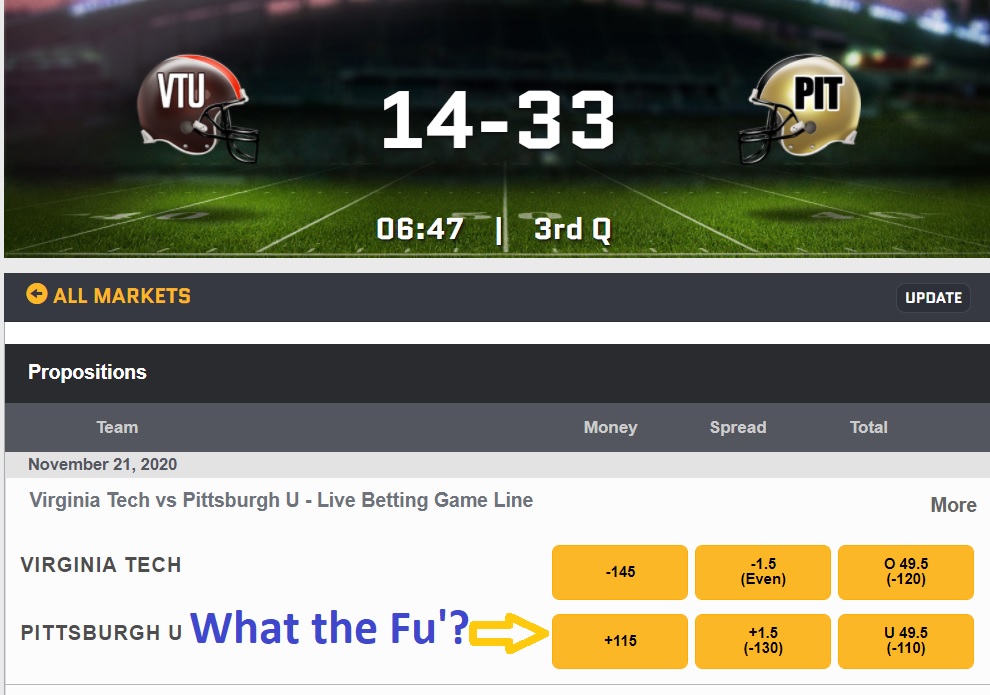 Nonetheless… and for the Prices (pitched) Fork #FireFu’ crowd… what if Fu’ gets the troops back up and knocks the white-chocolate (they call it: brie) outta uva and drinks the 12.12 Jacob’s Lantern mini-bar dry?

The Fu-fighters >>> or <<< just Fugazies?
“Time is the greatest critic of all.”
—Coach George Burns

(and time will tell).

That all said… this campaign has at least 120-minutes (of scheduled) ‘ball left in it; right?
So, there are plenty of chances left to attack poor Fu’ yet to be thrust upon us.

Though me?
Well, Eye and my committee of one you ask?

Why not throw Heaven & hell alike a cross-sport curveball, here?

Metron: “You surprise me, Captain.”

Metron: “By sparing your helpless enemy, who surely would have destroyed you, you demonstrated the advanced trait of mercy.

Something we hardly expected. We feel that there may be hope for your kind after all Captain. Therefore, you will not be destroyed. It would not be… civilized.”

Metron: “You are still half-savage. But there is hope.”
—Metron’s parting words to Kirk

b.street: “We’re a most promising species, as predators go.
Did you know that TSL?“

techsideline.com: “We’ve frequently had our doubts.”