Virginia Tech football edged closer and closer to the point of no return. By nearly 10+ calendar months we have been walking something other than Occam’s Razor that has cut more than both ways.

The Hokies benefited -and tremendously- from +30-yard line average starting field position deep in Miami territory on three outta their four initial short-field possessions. Then Corny made the (boot-play) call of the year and iced his bosses’ hot-seat for at least two more weeks. As Miami was literally one titled hold on a goofy P.A.T. “doink” from clowning us and going Fu’gazi upside what little would have remained of our gridiron culture. Making this less parts the cliché game of inches and more parts a game of degrees. About 10° of tilt and Fu’s hot-seat would have been set to broil. And yet if my Aunt Kim had nutz and a bolt? She’d be my Uncle… Tim. As some days you get the bull and some days you get the horns and VeeTee left So.Beach horny indeed.

Game Duration:
So, and while not a S.A.T.T. (Soft/Sugar All The Time) my ownself -thx @Coach God and mum/pops- I gotta say… Miami is filthy. I mean calling Miami dirty is not fair to dirt, everywhere. And that’s not fair to thirsty dirt that would rather be, mud. Tho’ Eye tangent… suffice it to say that it began on the 2nd Miami carry, and then it escalated with an elbow drop to the occipital part of Hooker’s head on a Qb-plunge internal keeper at the 10:23 mark and then it actually got… worse. At times… much! Seriously, if I am Fu’ and Co.? I submit a tape of all this sporting hooliganism to the All Control Conference for official review/censor. Because peeps will get (entirely) unnecessarily hurt on inexpensive-shots if this is allowed to continue.

And any Terminal Contact sport is lethal enough as is/on its very own. shew!

Game Duration:
REALLY like this version of McClease. Big fan of his high-class routine and how he treats the “young bulls” (his words) from his ‘hood as well. Tho’ he’s just a scavenger type runner. Darty, cunning, forwarding, quick/snippy attacking style— very strong kid to be so relatively small/lean in B.M.I. (body mass index) for what he gets on Y.A.C. (yards after contact) as an internal muskrat type rusher. Scrappy kid, my kinda guy… on his way to “my boy” status too.

1Q 9:48 remaining:
Do you see/count a difference, here?
As three more came rushing up to add to the adulation post-scoring-play. I’ma jus’ sayin’…

1Q 3:55 remaining:
Helluva a defensive INT-returning block by #17, Divine. Who totally plows the field on #23 of Miami along the ‘Cane sideline. #CleanHardRough. Bitch-making 1o1 men.

Game Duration:
Boy-O, did #1 play just like that— Floyd’s best game in a calendar year give/take. As he tackled well and maned-up in pass-defense even better than that. We who’ve balled call this: “playing-free”. Like his body finally got right. And let go of some old-pain(s) thereby freeing his physical alpha-game, up. Bravo @one!

2Q 13:32 remaining:
Dangerous play here as BIG ole Dazni gets his right knee cut down to size (accidentally) at the end of the internal plunge-play by McClease. (May St.Nikhon bless).

He does reenter the game a few series later on… after Canon does his yeoman’s type relief work best he can.

2Q 13:24 remaining:
Very next play… Rambo prison sexes Hill; again. As sourcing says this was on the routine last August camp before T threw himself under the O&M bus @O.d.u. Ditto Hill wanting to fight like a little-girl post-play. Dood is a pass-rushing specialist, and has enough run-fighting talent to get by… although he remains very incomplete as a Human, being.

Then just one play later… Hill feigns a hamstring pull and simply takes a dirtnap dive trying to run off the field. The most alluring part is that Miami’s med.staff gave him NO sideline treatment/attention for such serious hammie issues.

Another Playtex move from a pillow-bitter or from a jake on the fake.

2Q :42 remaining:
Scary play as our real Dt1 (Crawford) gets his bad left-soleus accidentally right-leg-whipped via friendly-fire along the Hokie sideline in pursuit of Perry’s scramble attempt. May St.Philip bless.

14:23 3Q remaining:
WoWzO! Even Eye did not glean this in real-time, tho’ look at the bend in Hooker’s left-ankle/foot at the end of this limp looking play?!? Gotta be a helluva a flexibility-freaky to get up from this! (St.Sebastian bless). As those are his cleats facing the lens with his leg more/less facing nor-by-nor-east!

3Q 5:oo remaining:
Observe Ashby fighting-forward in run-support and suffering a left-shoulder/neck-stinger on the unfortunate knee-lift to the forehead down low for it. St.Vladimir-John bless.

9:26 4Q remaining:
Notice, and Eye did not catch this one live my ownself, although do watch poor Tisdale— who had a helluva a relief ‘backer day; get leg whipped from behind accordion style and come up holding his right knee posteriorly. Almost an inflicted hyperextension from the backside if you will. (St.Nikhon bless). (this is a dangerous play gents, the very same ended Nijman’s year two seasons ago)

4Q 6:15 remaining:
F5 to the point of refreshing… to see big ole Lecitus Smith cuss the even or right-side back-up oLine plum the Foxtrot Out!!! On this botched-blocking passing-cup after our Hooker got sacked. And yes, I already know, Hooker’s typically do some of their best work in the same. 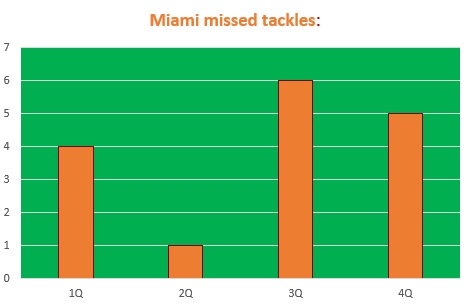 On D Bud Lyte did about all they could to be out-talented such as they were/are.

Tackling was great for one stanza and normalized for the game after that. Chamarri Conner is just a damn stud —who only lacks an inch give/take for being a Sunday baller. Tisdale continues to intrigue. Then Bud went Gen.Patton and when in doubt: “attack attack attack and attack again”. And now stands in at a Blitzburg 16th best in the nation in defensive sacks inflicted and a well nifty above-average 33rd best in TFL (tackles for a loss) inflicted just the same.

And yet Bud Lyte is 89th in rushing defense, 70th in passing efficiency defense and a very vanilla 72nd in Total D overall. (and this IS a noticeable improvment— make no misQ).

Or in other words, Bud is going out firing on all desperation-based cylinders. This is entirely why we were so dang Duke trick-play available; even as 24 shopping days remain. A.K.A. the “hair on fire” efforting was (finally) there; even if they are playing with a pasty photographer named Greg Brady hair-talent ‘fro.

Bud just got basically everything outta them that they had to give… this is coaching and motivating the verbs. After this, however, I would be concerned if I was you; because I am concerned if/when we face another really good oLine/Rb combo’ or just a savvy, sharp, smart offensive coaching acumen possession-based team. As although efforting was not among them @Miami, there are halt-unit limitations here folks. And like the defensive artist that he is, Bud is (somehow) canvasing more than a few. 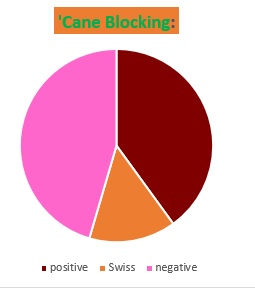 Our left-side oLine really struggled to protect Hooker’s bad (torn-labrum) unorthodox or blind-side shoulder on Saturday. That’s the news… the good news is… apparently Hook’s keeps a pretty good set of whiskers north of that dented shoulder as he sure did get his chin-checked from behind all day long. Hommie took several decking type left-earhole hits and popped right back up right as rain. Mutually scary and impressive alike. As blocking grades (actually) modestly retreated for the second-consecutive week to see a new all-time, low. Dang…

And as shinny as his legs were, Hooker also threw not less than five total misses… (miss1, miss2, miss3, and miss4). And I do mean it when I type that four of ’em were nowhere close and two of those four left not less than 14 points out on the field. As this one really coulda been a 56-35 Hokie route.

Nonetheless, Hooker did make two pure Sugar Candy sweet feathery throws late in the fourth {sic: Q} in the clutch. Who knew he was this Gifted when he took just a little something-something off of his fastball HR pitch? As arm strength is not something this jitterbug greased-lightening stylized kid, lacks. Because our Hooker makes downrage look easy…

As Hooker is actually a very deft-touch or soft catchable thrower; when he wants to be. (although his Wr’s may disagree as they only had two collective grabs as Wr’s Saturday afternoon)

As our O&M inferior talent + a so-so at best/at most culture just beat noticeably superior orange and green talent + with a strange brew of chemistry-based upon immature-stupidity.

That plus such a massive early turnover induced Gobbler lead took the rock outta the hands of the Top-4 Hurricane Rb’s. Who conspired for a mere 14 touches on the day. All four of which would start at Virginia Tech right now. As three of that very same Top-4 just averaged ≥8 yards per rush on the day.

Whereas V.P.I. tallied not less than a whopping 42 carries on the day— only two of which were credited as Qb-sacks. And yet V.Tech notched a mind-boggling –3 minutes (that’s negative three) minutes of TOP (time of possession).

A strange game this oblong-spheroid men; go fig’ on this?

Seriously folks… and I hope the butt-hurt among you can get with this… Miami spotted us 5 turnovers
Christmas come early style and if not for a sloppy P.A.T. hold they and their +233 advantage in Total Yards would have come all the way back to crush Fu’s (attempted) C.P.R. culture like a worm.

Aye, you P.A.T.T.’s are not ‘rong, as this is a helluva a Hokie win. As try as you might you still cannot spell VicTory sans the Vee and the Tee.

Still yet, Fu’ and company have a helluva a long way left to go.
And the really sharp coaches we have left to play are gonna give Fu’ and Co. a Davidic fit.

For the record… I’ma not sure if this was Fu’s 1995 Miami breakout moment?

Then again, I’ma not entirely sure that it was not, either?

“Time is the greatest critic of all.”
–Coach George Burns

And time will tell…
Even if Rhode Island does not.

Eye am however sure that when Fu’ and Company needed a Lou Saben preview moment and “had to get it done” they dug deep and they got it done vs. the worst possible simpleton type of pigskin culture in the All Clinical Conference.

A.c.c.ordingly, and per Occam’s Razor… there are prolly 4-5 Coastal close shaves, nicks, cuts and outright razor-burns that 2019 remain.