Virginia Tech basketball remains road-tripping after getting basically poleaxed by Nc.State after finally cracking the Top-25 in an embarrassing, routing, of a total L on Wednesday night down in Raleigh (Nc.).

Things may not get much easier with the always defensively durable Florida State Seminoles on tap Saturday afternoon at 2pm in Atlantic Coast play. The 2016-2017 Seminoles are a shinny looking 14 up and a mere one down (14-1) on the year thus far. Having only been beaten by Temple by one shot (86-89) this season. And in case you had not heard, Florida State is towering; I mean big, bigger, biggest, making this emotional rebound game a mightily tall order for coach Buzz and orange and maroon company as this 615 mile roadie may seem larger than that.

Baller Hamilton played college basketball at the University of Tennessee at Martin. After this Leo’ went into coaching and won the 1978 NCAA Championship under old-school Coach Joe B. Hall at Kentucky. He is a two-time A.c.c. Coach of the Year (2oo9, 2o12) and he is also the is the first coach to be named coach of the year in both the Big East (Miami Hurricane, 1995, 1999), and the A.c.c. His teams have qualified for seven NCAA tournaments and eight N.I.T.’s. He was the old-school U.P.I. National Coach of the Year in 1995 for da U; and he has won two conference championships (1 B.E., 1 A.c.c.). Leo’ is the Winningest Coach in Florida State History (27o wins) and the
8th all-Time Winningest Coach in A.c.c. History (27o wins). He also coached one season for the Washington Bullet’s, though was un-retained by #45 M.J. himself. Leo -a Master’s degree holder his ownself- is an ace coach in the FSU.edu and former classrooms as more than 94%t of his players have earned their degrees. Bravo Leo! And the Coach Hamilton coaching tree has already sired eight other D-1 men’s head coaches. Very Pat Riley ‘esque; as Coach Hamilton teams’ have enjoyed a stinging defensive rep’ for many years.

Seminole Bench: (depth=7’ish, VERY deep bench )
I’m listing Michael “name that tune” Ojo and Christ Koumadje here as they don’t quite log starting minutes; even at 14’5” and 537 lbs. combined! Ojo, all 7’1”, 3o4 lb. graduate-Sr. Nigerian born of him is back off of a torn left-meniscus. So are his 5.2 ppg, his 4.1 boards, and his 1.1 swats all on 60% from put-back range right at the basket. Even bigger would be the back-up C, 7’4” 233 lb. N’Djamena, Chad native and t-Soph. year Christ Koumadje. Yes, that is his first name and no, I’m not making that up. Koumadje drops 4.3 ppg with 2.4 rpg, on 65% shooting while leading the ‘noles with 1.5 bpg in very limited minutes. This with a stress-fractured left-leg once he got to State’s campus after going 59-1 with a stellar .983 winning percentage in high school- along the way to winning the 2015 high school national championship (Montverde Academy, Florida). Koumadje is raw, he is huge and if he ever gets any semblance of offensive acumen to his exalted Roy Brown game? He’s a Pro’ on rim protecting metrics alone, not if, when. 6’5”, 215 lb. nugget (first year) Trent Forrest logs the most substitute minutes for coach Hamilton and he nets you 6.5 ppg on 57 slashing percent from a driving Two-G who needs to work on his 20% range. The book says Trent is a passing 2-Guard who is a weapon in transition; 47th ranked outta high school to boot. Jarquez Smith is a 6’9” 236 lb. final year thumper at P/F. Smitty scores 3.5 ppg to go with 2.3 rpg and is basically an impoverished man’s Maurice Lucas as an enforcing 1.1 bpg defender down-low. And yes, back-up P/F Mfiondu Kabengele is Dikembe Mutombo’s nephew.

the takeaway:
The takeaway here is… this is a bad, badder, worst, match-up in frontcourt terms on proverbial and theoretical paper alike.

As Florida State is ginormous -and what with “Dream’s” (Khadim Sy’s) bad ankle turn (God Bless) pre-game down at NC.State- the little O&M engine that could just became the small, smaller, smallest frontcourt compact Geo’ team in the whole darn A.c.c. Seriously, F.S.U. is a macro low-post team and coach Buzz and company are pretty mirco at least in power conference contemporary line-up terms.

F.S.U. is also +4 in rest having not played since New Year’s Eve of last year. The ‘noles are on a tear of late, having won 10 straight and with Seth Allen’s head bump (Godspeed) listing him as: “Questionable” to play on Saturday afternoon, you’d have to give F.s.u. a sizeable edge in this one. And the Home/Away stat-line(s) in particular would seem to agree…

All that, plus Sy’s ankle, Allen’s dome and what could in effect amount to play da Wolfpac; twice; -plus F.State’s major league size edge in the paint; all of that conspires to tell me there is not a lot of Hokie match-up hope, here.

As coach Buzz and Co. need to get home and then they need to get will soon; sooner; A.S.A.P. 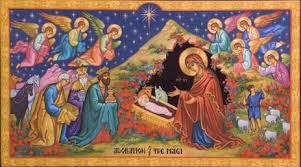