Belmont 2017 is here and yet sans a Triple Crown threat it feels more like a N.b.a. sweeping Finals double-double threat; with one of those 10’s being chalked up in turnovers. As in this less than salty three-year old crop has sure turnedover from the Derby to the Preakness to Belmont Park. 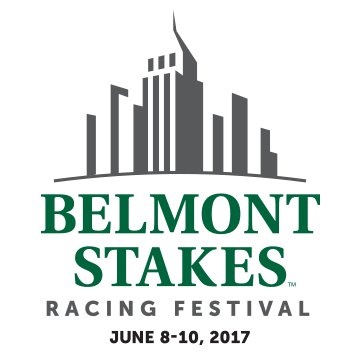 Stakes racing this still is, $1,500,000.oo to the winner says so and it is no bad thing to become a claimant to the ultimate distance trophy for three year olds as a futures wager on desirability of breeding pedigree goes. As any pony that is a late runner or closer who can come from behind is always worth a first and third leg of the aforementioned Triple Crown sniff. Though who will win this somewhat underwhelming looking 2017 Belmont Stakes race and put a check in that distancing/enduring pedigree box? Read on to find, out…

Well, and to be perfectly direct… the shortest answer is: who; knows?

As I do feel vindicated in my pre-Kentucky Derby take(s) regarding this being a brevity type crop of three year old ponies; nevertheless, if you look at the total column (Σ) in the Excel Spreadsheet, you can see what I mean.

As what I mean is… typically we see some 4’s and some 5’s and on epic occasion a horse flirting with a 6. This Belmont Stakes you ask? Not so much… as you see two horses who are in it for future resume` purposes alone and after that you see no less than ten full horses with a medium to medium+ shot to win the third leg of the 2017 Triple Crown. What you are not seeing however is the Kentucky Derby winner (Always Dreaming) and the 15:1 Preakness Stakes upset winner (Could Computing).

Ergo, therefore, to wit… this is the most wide open Triple Crown race I’ve ever ‘capped. Notwithstanding, here is what (little) I could gleam…

Or in other words, no clear cut pick emerged for a change as this 2017 Belmont spreadsheet went.

Or in even further words, this might be the best Belmont to literally just watch as it is clearly the toughest Belmont in a while to bet. As NO 2017 racing entrant has ever gone the mile-n-a-half length before and only one horse (Meantime) has ever even run at Belmont Park!

…the skinny…
Looking at Lee and Senior Investment are the two best closers here; although Multiplier and Tapwrit and Twisted Tom may all want a word with that. However Looking at Lee, Senior Investment, and Multiplier are all coming in off of short(er) Preakness runner’s rests’. That leaves us with Irish War Cry and the somewhat unknown J Boys Echo near the spreadsheet top with Epicharis in the role of tough to peg, though that of a potential imported spoiler to boot.