Today’s word of the day is… Wildcat!

Baller Stoops attended Cardinal Mooney High School in Youngstown, Ohio, where his father was an assistant coach and defensive coordinator. After graduating from high school, Stoops played college football for the Iowa Hawkeyes as a student of the game Db from 1986 to 1988. Participating in four straight bowl games as a playar.

Coach Stoops broke into the clipboard ranks as a graduate assistant coach at Iowa for his ex-Coach (recent R.I.P./Coach God bless) Hayden Fry from 1989 to 1991, and then became the athletic director and defensive backs coach at Nordonia High School in Macedonia, Ohio. In 1996, when Kansas State assistant Jim Leavitt was hired as the head coach for the South Florida Bulls, he hired Stoops as his Db’s coach. Stoops served as the Db’s coach for the University of Wyoming Cowboys. At Wyoming, Stoops served under head coach Dana Dimel. When Dimel was hired at the University of Houston, he took Stoops with him to join the Cougars as co-defensive coordinator and safeties coach in 2000.

In February 2001, Stoops was named the Secondary coach for the University of Miami Hurricanes. Mark’s brother, Mike, was hired as the head coach of the Arizona Wildcats for the 2004 season. Mike then hired Mark as part of his staff. On December 11, 2009, Stoops accepted the job as defensive coordinator at Florida State University. After this, he finally got his Top Kick break with Kentucky six seasons back in 2013.

In 2019 Coach Stoops was named S.e.c. Coach of the Year. Marking the first time a Kentucky coach had won the award since former V.P.I.’er Jerry Claiborne in 1983. Big Whistle Stoops has already spawned a biune branch coaching tree of his own including archival w.v.u.’s Neal Brown.

Family tree Stoops is the younger brother of former Oklahoma head coach Bob Stoops, former Oklahoma defensive coordinator Mike Stoops, and Ron, Jr., the oldest of the brothers, who is an assistant coach at Youngstown State.

Poppa Stoops and his wife Chantel have two sons, Will and Zach 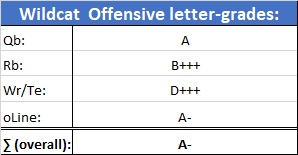 Kentucky is the 25 qt. gold-medal or 1st-best in all the land in Net Punting and so is Max Duffy or ‘mad Max’ as this guy’s leg has truly weaponized this possession changing position. The 6′1″, 196 lb. third-year Perth, Australia Australian punter was merely rated as the No. 1 punting prospect in the class of 2018 by Ray Guy’s ProKicker.com. He merely averaged 48-yards per punt with an average hangtime of 4.42 seconds, according to ProKicker. And he only grew up playing basketball and soccer, then he switched to Australian football at age 15. That’s all… and Max’ sure has an interesting leg-drop and follow-through… as a lotta clockwise (CW) spin plays footsie here. Max’ is the oldest (25-years) member of the KY football roster and that makes him an identifying big deal post-game. Max’s dream job is to be a head coach in the Australian Football League and he only hits 47% of his punts in excess of 50-yards with only nine howitzer type shots of ≥63-yards.

The KY place-kicking job is a tough one to call… well unless you are old enough to be familiar with the game of: Musical Chairs.

As two K’ers (try) to give Kentucky a leg up here. Jr. Matt Ruffolo and t-Fr., Chance Poore. Matt has a better FGA percentage (75%) to Chance’s lowercase looking 55%. The ‘whispers’ say Chance has been battling “being dinged-up” all season long (Godspeed). Tho’ neither K is stellar; even if you do have to wonder out loud if the bowling Christmas Break downtime helps heal poor Chance right on up? Matt is All-S.e.c. Academic Honor Roll and he did not miss an extra point for two straight seasons (2016 and 2015) in the scholastic Buckeye ranks. And he also ranks second all-time in Ohio for consecutive P.A.T.s made with 1o3. The So.Carolina native Chance was only ranked as the No. 1 punter/kicker in the 2018 class by Prokicker.com! That’s all… Chance also started in soccer and tennis in high school and is said to be quite the athlete (for being a K) overall.

Chance has missed 2-PAT’s and Matt has missed 2-PAT’s. As 3-pointers go… Chance appears to have a slightly better long-range leg; with Matt being better on short-range to mid-range FGA’s; and with overall leg-strength itself being close to even. This makes sense as Chance is the noticeably bigger/stronger looking guy if you are willing to sit the best Punter in the land and give a long-range 3-point play a… chance.

Special Teams letter-grade: There is a metric ton of leg-talent here, and Bowden returning a Punt in a pinch would be quite the Belk Bowl dynamo. Coverage and blocking could be a bit better tho’ this is an above-average Special Teams cadre either way. Highest possible B+++.

The takeaway here is… that the Fu’fense had been rolling going into @uva. Out-passing and out-rushing three straight fair to middling to outright good opponents along the way.

In point of fact, the Hokies were up a rather impressive looking +582 total yards to the great vs. those three opponents after doing everything less actually stealing one over @Notre Dame.

Meanwhile, 313-miles nor-by-nor-west over in Lexington, Ky., the 2019 Wildcats had outgained everyone they played since going back to before Oct. 31st. Playing some very snazzy bluegrass football and going up a positively numbing looking +891 over those Penta-set of games (5). The ‘cat’s were not just whoopin’ people they were battle-axing peeps to the tune of a downright phenomenal +1,447 grounded rushing total (Σ) yardage margin when both KY O & D performances were taken as a composite. 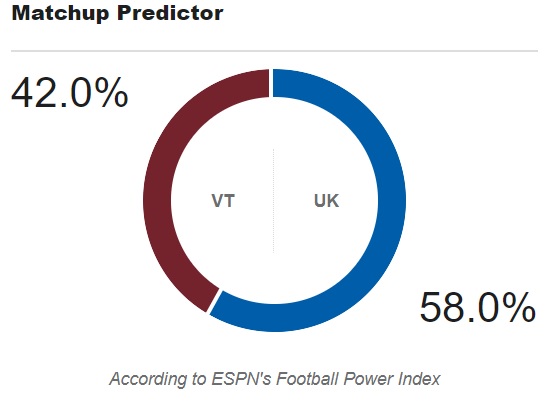 Or in other words… both teams were improving nearly all over. It is just that Kentucky was improving more and then -suddenly enough- a nonpareil 1.5-decade upset happened to Virginia Tech along the way to the Coastal candy store @uva.

Or in final words… although Kentucky is surely set to kickoff 1Q of the Belk Bowl vs. Virginia Tech on New Year’s Eve day… is Virginia Tech about to (clinically hungover) start the 5Q of u.V.a.?

Our handy-dandy friend the so-called reflexive or round-robin driven Forum Guide of Graham Houston fame is calling for nothing. As these two post-season combatants share precisely –0 foes in common. Although KU did beat the breaks off of fellow A.c.c.’er Louisville to close the regular season.

The total yardage maker favors Kentucky by a not entirely whopping 36-yards game on the year and would basically predict a ½-play or near sister-kisser type of contest (O was separated by 6′ overall and basically 100-yards in favor of KY on the ground and the same 100-yards in favor of V.Tech through the airwaves. Nonetheless, the real annual difference-maker was found on D, where V.Tech was better vs. the run by right at –28 fewer yards allowed in the trenches; whereas KY was even better at nearly –65 fewer yards allowed in aerial terms.

However, in the most recent 3-game terms… we see that the Fu’fense is about 10-yards per game improved vs. the year while KY is an astounding +120 yards per game better on O overall and a downright silly looking virtually +200 yards per game better when carrying the mail. On the other side of the recent 3-game trends line-of-scrimmage, we see that KY has tightened up their halter-belts by an impressive –85 fewer yards allowed per game on average. With the run defense experiencing a slightly great sense of betterment although the pass defense has noticeably improved as well. Or in other words, KY’s hit squad be gelling and warming to the task indeed. The Hokies halt-unit has improved as well, right at –95 yards per game thriftier than back in October; with the Bud Böck aeronautical defense improving just a bit more than the Budweiser terrestrial defense has. Although both segments are trending in the right direction to be sure.

When taken head-to-head in the last 3-scrums… and we see that the most recent 3-game
metrics are actually predicting about a 1.75 play Wildcat hairball VomiT
or this Lexington crew by right at 12.5 points in the Belk Bowl.

One of the humdingers that Eye really did not like and heretofore did not list above was seeing Kentucky ranked 26th in TOP. Hooker and the Fu’fense really do need a ‘feel good’ BIG-play to pop good early on and snap them outta any potential lingering Commonwealth Cup funk.

Fu’rther, recall that it was the Eye in the Sky that detected -then perfected- the one opposing metric that the final edition of Bud Bock simply had to have on tap. i.e. an opposing oLine that sucked at the passing-cup and in keeping you outta their backfield on their run-fits. (yes, Miami, N.Dame, U.n.c., and Wake I am looking 3-1 shoulda been 4-nil at you). However, that inviting sieve-like turnstile/pinwheel effect does not exist here.

That’s where Eye R.A.T.T. (logically) was until Saturday afternoon on the mother-ship of Techsideline.com.

Eye had footloose practice reports on my hands— with no apparent Commonwealth Cup hangover to report. As our @Charlotte bowl practicing seemed upbeat… of all the streak snapping things? (this suprised me, as I was hoping for salty type news here… nevertheless…)

I had this a ½-play to not quite a full-play game either way late last week.

As I kinda/sorta was leaning in the direction of V.Tech having the better Top-22 to Top-30/35 ballers or so give/take.

Then I found the trench-fighting match-ups and likewise started wondering just how cavalier this Tech team may -or may not- be. Then we caught word of Hooker suffering another knee ‘ding’ a couple of days ago at bowl practice, Farley is likey doneski for 2019 and with Waller in civies… and well, R.A.T.T. and that’s just too much. 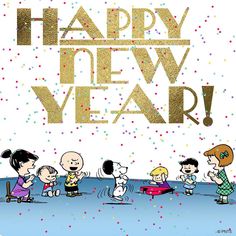