Today’s word of the day is…  innominate 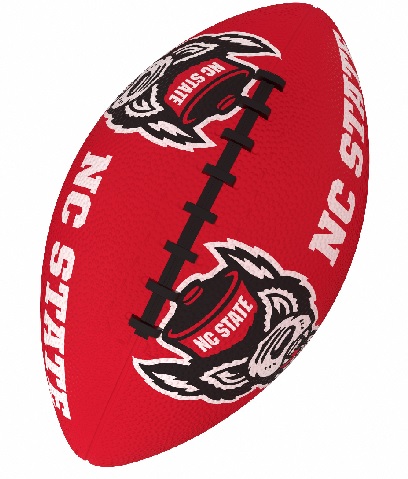 Student-athlete Doeren… lettered at Te for the Drake Bulldogs, catching 19 catches for 237-yards for his career. He majored in pre-medical biology, earning Academic All-America honors as a senior. He took the Medical College Admission Test (MCAT). His plans for the future changed, however, during the summer between his junior and senior years when his former coach at Bishop Miege High School asked him to lead seven-on-seven drills. Six seasons into the game of Life, David returned to Drake and also earned his master’s degree in educational leadership.

From that moment on, he decided he wanted to be a coach.

An odd duck of a coaching resume`, to be sure… as you do not see many ex-Te’s switch sides to become pretty shiny Linebacking or second-layer defensive coaches and eventual full-fledged defensive coordinators. As the next time Eye see that will be the second time, I’ve seen that. Although and still yet, in theory, this is one of the few twin-sided big-whistles who should get both sides of the LOS (line-of-scrimmage) as opposed to only getting one.

Coach Do’ does have NC State’s graduation success rate for football at an all-time high (74%) and it has risen each of the past four years. Accordingly, he is coaching mo’ than just football and NCSt.edu proppers on that! Additionally, David has instituted “Real World Wednesdays.” Every week from January until the season starts, a different speaker comes in to speak to the team about his or her experiences or to help teach real-life lessons. Further, Doeren has provided practical guidance to his players that will help them in the professional world. They learned about proper dress attire for interviews and business and learned how to tie a cravat/necktie. They have participated in etiquette dinners and have met with leaders from the financial world who taught them about money management. Again; there is a lot to like here, as in how few are taking the time to do all of, ^that^?

Coach Do’ does sport a Montana Grizzlies 2001 national championship team bling. So, there is that. He was a truly shiny 23-4 at Northern Illinois over in the mid-M.A.C. And that kinda has something of a Fu’ feel to it… as you have to wonder if he’s found his Peter Principle level?

Because you’d have to think there may be a (growing) thermal-reading in Coach Do’s proverbial seat.

Daddy Doeren met his wife Sara while he was coaching at Drake where she was a nursing student.  The couple has three sons: Jacob (18), Luke (17), and Connor (12).

(READERS note: national rankings are Last year “to” This year! Thought Eye’d leave ’em in for comparison’s sake… tho’ the number on the right=2020) 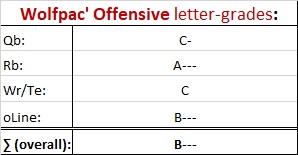 Nc.State was a nifty 13th best in Net Punting and so was punter Trenton Gill. Gill is a r-Jr. 6′4″, 2o9 lb. Punter and parttime KO-man. (aim high for his tallish release point on punt-block). So, you know leg-strength is not found wanting when State punts. And oh, by the way… being named 2nd-string Walter Camp all-American P nationally preseason does not suck at all. As Mister Gill merely set the Wolfpac’ single-season record for punting average with a 47.6 mark in 2019! That’ all… and he also was merely 3rd best in all of D-1 punting on average last year to boot. Gill however does have a history of blocks inflicted against— in point of fact, every single FGA his missed in H.S. as a K was, blocked! No shite, 100% snuffed out on missed 3-points. As Gill was all-state in foutball or soccer and prolly could be a cross-over leg-work star if he wanted the zebra ball look. Gill has also raised almost $9,000 during the COVID-19 crisis to feed families and support local restaurants in his hometown (Hillsborough, Nc.) St.Nikephoros super bless on dat. Gill has a career-long of 76-yards punting; and he enjoyed a Ray Guy’esque eleventeen Punts of ≥ 54-yards last year. Five of which punts went for ≥ 62-yards! wow! This Punter is a field-position changing weapon folks, make no misQ on that.

Christopher Dunn is back at FG-K for State and back as well are his stellar 88% and 89% back-to-back FG-Kicking seasons so far. Dunn has only missed 3-FGA’s every season to date. WOW! Chris’ is a sparky or sprite looking 5′8″ (aim kick-block low here) 180 lb. third-season K by way of Lexington, Nc. As Chris only already ranks fifth in school history in career field goals (44) and only fourth in FGA percentage (.88%). Dang, as this K is surely a Lou Groza Award A-lister or short-lister; already. And once Dunn gets it going from downtown, he only typically connects on high ‘teens in a row as consecutive FGA-makes go. (his collegiate make streak max’ is 19-in-a-row). Dunn enjoys a good+++ leg that is just a few transistors shy of a bionic load. Tho’ Dunn can bang that weaponizing FGK drum out to very high 40’s to very low 50’s comfortably enough. As Coach Do’ has every possible kicking (go for 3-points or go for defensive field-position) option at his tippy-toes here. As Dunn was only the 18th ranked K nationally coming outta High School where he was only the NYFO National punt and field goal champion and CSK national champion and was only named Team Captain (which is unusual raised to the specialists unheard of power) for his final scholastic season. (FYI: Dunn’s career long=54-yards at any level | with NO career PAT, misses at any level!)

And same as Gill up above, there is a decent enough chance that State has pros at both P and K giving them leg(s)-up plural for this campaign.

Tough to see a better set of kick-game legs this side of Sunday games men.

Special Teams letter-grade: A. (nothing else will do here, and State is only 1 return-specialist removed from a superlative A+++)

Once mo’ unto the breach… in a season of skewing twin-tailed statistical non-standardized deviations, where everything can and prolly actually will, happen! 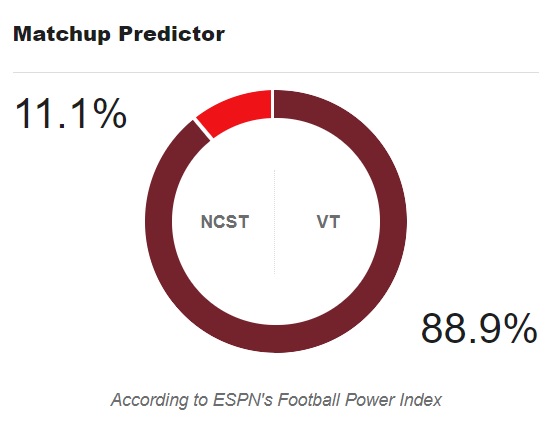 Not proverbial ‘can’ happen gents: “will”!

As this season sure appears to offer a healthy forecast in what is no better than uncertain viral times as buying a few extra-points go. Gonna be The Year of the Upset with uneven results all around.

And yes, ^that^ is very much on the level indeed. In O&M spades in point of R.A.T.T. fact folks.

That seasonal (J.m.u./O.d.u.) you have indeed been: warned caveat firmly in place…
here goes nuttin’…

While the Wolfpack are unlikely to rebound to nine wins in 2020, better luck in the health department, along with a correction in a very butterfingers or user-friendly looking turnover margin (–13 last fall), should equal a trip to a lowercase 2021 bowl. (if there is such a thing, of course). As da Wolfpac’ had a whopping 12 guys out for ≥1-month last year! wow!

Honesty… this is a squirrely match-up gents… as our middle-D had better be tight or they are gonna have some outta shape run-fits on Saturday. Plus, I’ma officially shaky on Rover and Cb as you just HAVE to think State is gonna wanna test these early and often.

Both Temas have strong Special Team looks… so any narrow game-changer delta (Δ) is awash.

Nonetheless, VeeTee (same as the State O) has some real live match-up advantages. Downfield and on the edge in particular. And the State D’s sleepy-looking run-fits became a Wake-up call fun-fit the longer that last Saturday night went.

formulae here favor VeeTee at full-strength overall— yet it is R.A.T.T. closer to EVEN as things stand at the moment.

Ditto the fact that State slumped last year (4-8) after five straight winning seasons of ball. This engendered a Staff overhaul and this is more than just a retooling for such a juvenile roster that is now more parts new Top (Coaching) to Bottom (bench). As in… there are six new Stately coaches with only one 2018 Wolfpac’ coaching retainer! i.e. second is not the worst place to play Nc.State this time around.

the call…
A far-out one to augur or protend… is it not?

Most will tell you -heavily flirting with the extent of outright asterisk or alibi- that: all bets are off. This is unknown terrority. “Here there be dragons” as old-world cartographers were want to edge of map(s) say.

And they are not ‘rong.

Just as ships are safer in harbor… although that’s not what ships are for.

That all said… Fu’s signature INTJ Myers-Briggs nothing-left-to-chance or micromanaging autocratic centralized power approach might just be the tix in such upside-‘rong times. Can’t say I find being the enemy of structure and fixation to be a good, crafty, or a safe look here.

And frankly, there are gonna be some games this season where some kings get, pwned.

As Eye sees some points going up in this one men. As one team has a so-so (if that defense) overall, and the other team has a newly minted newly reset defense that is critically thin in the hind-4 and not real far north of 1-strong at De. They also have a new defensive coordinating big-whistle with several (➕) testing assistant coaches and that’s gonna take a little minute, or; three.

Thus, making this one a coterminous race to 30… first one there?
Wins!!!

And as Coach Hunter taught us all: “the flip side of every problem is an opportunity“.
(to which someone who looks a lot like me spoke up and said:
“that’s right, an opportunity to do better or to do worse.”