Today’s word of the day is… rally

Well I certainly hope so regarding bullet no.5.

Though how can I be sure?

How can you be sure?

As the only thing I’m sure of right now … is that I’m not that sure?!?
Though there were a few signs this week from the 24060.
Only thing to riddle out is: are they enough?

Bee Cee Special Teams: (both return)
4 guys have attempted P.A.T.’s and 3 guys have attempted FG tries. Need I attempt to type more? As this just in, rain is rumored to be wet and that’s not good FG-kicking tradecraft folks. As Bee.Cee FGK’s have combined to make three, yes, 3 whole FGA’s on the season with a long of 31! No I’m not making that up; and no this ain’t Boston High School it still is Boston College. It’s just that B.C. K’s can not make a “3” with a pencil.

Ginormous 6’6” Punter Alex Howell -with his higher release point on Punts- has even slid over to try to sure up Place-Kicking. And he is aided and abetted by the 9th best Punt Coverage unit in the land. As 20th in Net Punting is pretty dang tight. Return teams shake out okay enough at 64th in KO Returns and 47th in Punt Returns. The Eagles are a serviceable 51st in KO coverage.

Boston College has allowed zero punt and kick blocks alike; and yet has snuffed out 3 kicks and 3 punts thus far. WOW! (lotta Middle-Block full looks as B.C. will out number your up-men +1 on Punt Block, (see: above pic))

Special Teams letter-grade: (If not for this K s.n.a.f.u., the Eagles would field some great special-teams and they field a pretty good special-teams overall thanks to so many game changing blocks. A downright solid B+++ accordingly)

This one looks like a simple call, depending however upon where you come out on this match-up:

As I do know that Virginia Tech has just enough match-up advantages over on offense to eek out a oaf of a game physically speaking.

I’m just not such which Virgina Tech shows up mentally speaking? IF, Tech is ready and balls all out, Tech wins. If Tech has wishy-washy checked out between the ear-pads; a more emotionally focused Boston College will win. Take thy pick.

“We take a lot of pride in putting that together every year, making this a great program for coach Beamer, because he takes a lot of shit, excuse my language, that he shouldn’t have to take. We feel for him and we want to win for him. I came here five years ago because that was the guy I wanted to play for. And I feel like that and I feel like he is fully capable of leading this program.”
-VT Dt, Corey Marshall-

YAH! That’s what I’m typing about! Give ’em (the Frank haters) HELL Corey! Rally to the O&M flag son!

“Attack, attack, attack! Listen to this guy! That’s the kinda fighting spirit I was talkin’ about! If he’s a major he’s a colonel now!”

Cop this ‘tude and we win!

the takeaway:
The takeaway here is…  if you love low-scoring defensive football? You Sir have come to the right place. All fingers point to that.

And other than that?
I have no earthy idea???

I foresee a 1-score, 1-play; maybe even a half-play or less football game.
A fugly football game, either way.

Frank is 128-6-1 at Virginia Tech when his team allows fewer than 14 points; Boston College is averaging 8.2 ppg in A.c.c. play. And my spies say that the Smith Qb is not practicing at all this week. Guess -pun very intended, guess I’ll go with that. 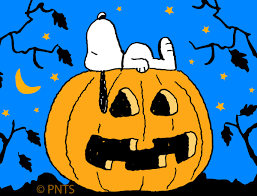