Virginia Tech football hosts ESPN, the Bristol broadcasting company at 7pm on a made for (national) telly audience as about seven point Lane Stadium favorites vs. Miami.

This after both Atlantic Coast Conference Coastal Division football teams were beaten last week –and the week before by arch rival Florida State if you are the ‘canes. And this yet again segues us effortlessly into this Today’s word of the day…

Today’s word of the day is… 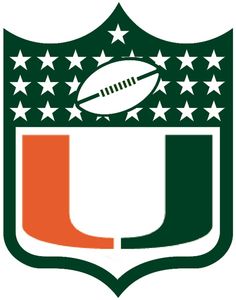 Head Coach: Mark Richt: age=56, (4-2,  year; 149-53 overall); has a bit of a blue-collar worker-bee rep’, for being an ex-Cane Qb once himself under for Baltimore Colt/Miami Dolphin great Qb Earl Morrall. Also brings a pretty decent recruiting rep’ to go with an epic fund-raiser tag; ergo, works (very) well with deep pocket Alum’s. Can coach an O as his entire coaching resume` is offensive in nature. Said to be family man who despises over-signing and honors his 4-year commitments; i.e. very, Frank, ‘esque.

Seriously… in 2011 they (Mr. & Mrs. Richt) sold their Georgia lake house, valued at nearly $2 million, just to be able to contribute more to charity. They have also taken several mission trips abroad and adopted two children from the Ukraine. Coach Richt is calling his own plays this year for the first time since ’07.

The U Defense: (starters back=6)

‘Canes Special Teams: (both return)
5’9” 180 lb.  Jr., Michael Badgley is Miami’s place-Kicker by way of O&M pipeline prep-school Fork Union Military Academy. Michael only set a school record with 25 FG’s made last year. Although he is currently well off that pace and down at two outta three for leg-swings so far this season. Has the school rec’ of a 57 long all-time ‘Cane make. Though seems more comfortable with a cap of about 50 yards when you look at his longitudinal stats. Michael is a Dean’s List member, .edu props per always on that. Was the #1 Kicker coming outta high school from 24/7. Has a very high torque very bendy plant on his approach to the spot of the FGA on film. Very high on torque! And you’d have to aim your block point a bit more out in front to avoid a surefire roughing the K penalty consequently. Oddly enough has missed five caterer P.A.T.’s so far.

The lankly looking 6’5” 210 lb. Sr. year former Florida transfer now Miami walk-on Justin Vogel has had a decent punting career. It’s not bad; he has a better than average leg; it’s just not on a world beating level so far. Vogel has taken two r-shirt years, one for the Gators and one per transferring. I never knew you could do that? Can buy beer. Has a career long of 64 and has a higher release point -per his shooting-G height- to boot. Net punting is a sporty 24th best thanks to Vogel’s booming hang-time. Though the U’s punt coverage a pedestrian 66th whereas KO coverage is better at 47th. The return game is a flashy 18th best on punt returns and yet a inert 108th best on KO returns. Miami is #1 in punts blocked with two; and the U is 4th best in kicks blocked with three snuffed out already this campaign. The U however is a very user-friendly 124th worst with a crippling four blocked kicks allowed so far! And 94th worst in punt-protect with one punt block allowed. Go fig’?!?

Special Teams letter-grade: (C—-, could be an A too if this Kicker gets right and Miami cleans up all those blocks)

the takeaway:
The takeaway here is… hell if I know?!?

As this is one damn hard game to call. An even, pick ’em, a toss-up, flip a coin type game and if you do not like the result, flip it best two outta three. That’s how close this one looks objective and subjectively is alike. Check it out…

On the one hand -and stop me if you’ve heard this before- Da U is back! Again; or did they leave again; already? I’m never sure with the U and neither is anyone else. As for all I know the U could still be playing Florida State -thrice- and therefore still trying to get over their seemingly annual Seminole hangover yet again. Or they could just as easily be ready to play; and they were playing some seemingly smart(er) football to begin the year until October the 8th and one seemingly gimmie swing of the PA.T. leg; happened.

Total D is pretty dang close, itself, as virtually two whole 1st-downs or about 20 yards separates these two there. (Va.Tech is technically 20.8 ypg better)

Then we see two pretty dang insalubrious injury-reports courtesy of two mentally worn-down and physically beat-up looking football teams. With an exhaustive seven football games in 32 days combined between ’em! Which is borderline abusive if you ask me and you did via reading these words; and yet someone has to win this football game. So who will that someone be?

Generally speaking, I’d say the harder football team, with the most salt in their blood, the most mud in their eye, and the most grit in their teeth will win this one.

These two teams both have talent, both are hurting and both are work in progress. And yet then I finally found this objective statistical peg upon which to hang my OPT digits hat… The U has worsened by precisely 187.3 yards per game of total yardage in their last three games. Miami’s Total O has gone into ~a 90 retreat and the Hurricane’s total D has soften by nearly the same amount. That, plus I’m hoping for a plucky home-crowd to pull dear ole V.P.I. through, somehow, someway; in a football contest that absolutely could go either way. And one that I further expect to start to snowball and get away from one of these two clubs during a New River Valley respite of Indian Summer in October.

One of these two is just too mentally worn-down and physically beat-up; therefore, one of these two will spit the late game bit and leave us with a final margin that does not show how close, for how long, this one truly was.