Today’s word of the day is… de·bate

As most of their records’ are actually his (coach DC’s).  Pre-coach Cutcliffe broke in and ran The Tide’s athletic dorms for “the Bear” at Alabama! Coach David has a National Title ring from Tennessee. And at Duke, he only ended an 18-year bowl drought and likewise brought the Victory Bell (vs. rival U.n.c.) back to Raleigh-Durham. Then he logged Duke’s first-ever double-digit (10) win season in Duke’s gridiron history.

David is married to Karen Cutcliffe.
They have four children: Marcus, Chris, Katie, and Emily, and five grandsons.

READERS note: there are only 72 statistical D-1 ranking slots at the moment! 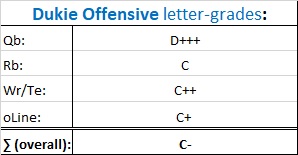 Duke is a nifty 12th best in Net Punting and so is Duke P, Porter Wilson. Porter goes a heighty looking 6′5″, 225 lbs. as a r-Fresh. Punter. So, aim high on your block-point here Hokies. Porter was merely the No. 12 punter in the country as ranked by 247Sports and a *** or three-star prospect per ESPN. Porter ran T&F in high school where he took all-region honors in the discus. So, you’d have to think both a leggy and army punt-fake will eventually be in play for Duke. Porter is more of a hangtime or seal type of Punter. He does not see many of his punts returned. Good leg-strength; not average, not bionic either; good. And he did recently have a very good 70’s “Dear Penthouse Forum…” looking porn-stachê, tho’ it looks like he gave his upper-lip the axe. Too bad too…

Duke’s Kicker is Charlie Ham. And Charlie be totally rocked an actually ginger-flavored Greg Brady ‘fro too! I actually don’t (quite) hate it— with no word yet from: Flock of Seagulls or Ah-Ha. That attempt a Rubix cube era humor aside… Charlie and his Joe Stalin hair that just won’t stop… were both listed as the No. 7 Kicker in the country per ESPN.com. That does not suck, and neither does this collegiately 80% so far, 6′2″, 180 lb. r-Fresh. year K. As Charlie has already logged one more Special-Teams stop (i.e. tackle) than you and I have combined this campaign. The ‘whispers’ say Charlie has touchback range on Kickoffs and at least mid-55’s on FGA’s. Charlie is also a back-to-back-to-back, or threepeat Georgia State Champion; and a #1 National Ranking to boot! Albeit in the sissy zebra-ball flavored version of foütball. No wonder I’ma making fun of your hair Charlie… with no word yet from Bosley, either. Doh! However, and in all candor, do not die of shock if Duke has found themselves a 4-year starting place-Kicker. As the only knock, I could find is that he’s had a few PAT’s sent back here-n-there. As this is a line-drive style Kicker.

Return specialist: Damond Philyaw-Johnson has game-changing potential as a kick returner and has housed two career returns already. Keep an Eye or three on #85 here.

Special Teams letter-grade: Duke is inexperienced, tho’ they are showing leg-prowess and wisdom beyond their collective years. Ergo, a legit B+ thus far.

Number of Dukers who duke it out @Tech=8

The takeaway here is… well, VeeTee football sure did suddenly turn Fu’n all over again!!!

As in… only Mrs. Fu’ and the three little she-Fu’s could be any happier than yours truly!

I’ve gone outta my way to try to get it straight… I wanna be for Fu’ and his stricter ways.
EYE just want ’em to win for VeeTee
even mo’ than ^that^! 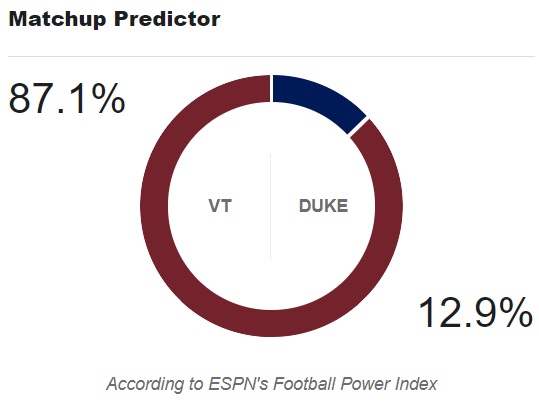 Suffice it to type… writing for Will and Chris has been more enjoyable of late and I’ll say it: “THX” @Justin!!! Seriously young man. Way to be!

Now let us be about beating a Duke football team that ain’t exactly as bad as their o-3 opening schneid of a 2020 record suggests, avers, or posits. Trust me here… Coach Cut’ will slice you up if you sleep on him!

formulae football here classically favors the team with mo’ burst; mo’ juice, mo’ pop. Right now, that’s VeeTee with BAX at Qb1 and a couple of “GO” style Rb’s behind him and an snappy End-around thrown in for great measure. 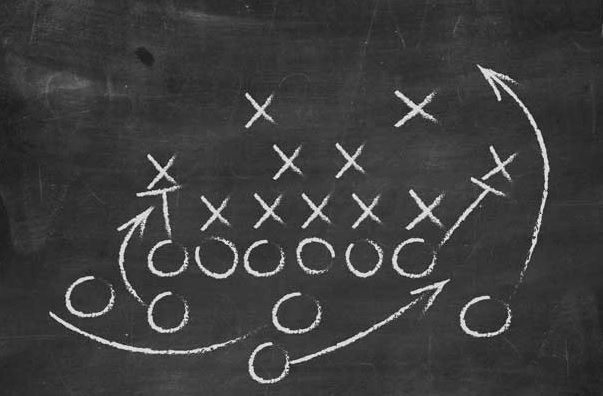 Nonetheless, Coach Cut’ is not a coach you wanna see get his underdog team into the game and then narrow the same per coaching the: verb.

i.e. we need to put Duke away early and just chillax and show as little as possible in a final 30-minute cost-cutter looking entirely bottom-shelf or vanilla display.

#ChallangeA.c.c.epted… there are 1,440 minutes in a day and pretty much the same as last week
-if not just a little better- as Eye’d really like to think that VeeTee need not win any more than about 45-minutes of scrumming in this one to take this one home.

When Duke first broke through under epic Coach Cutcliffe, it did so with a balanced, unpredictable O that consistently highlighted its strengths. Lately, however, the Dukies have gotten stale and conservative, often looking to hide their personnel challenges with less risk.

Eye believe that to be about where Duke is teetering right now under Coach Cut’.

“Stale”, in a word; or maybe showing some milage and just starting to age-out a bit top-down. (And David deserves more than this).

Eye really thought Duke could -or even should- be more than this coming into this preview. Nonetheless, as we all know “lying is for rugs.”

And I’d be lying if I told you I found it on film or in the science-fact objective various proprietary statistical metrics that I run. (I don’t wanna say something seems: ‘off’ here, nonetheless, nothing seems ‘on’ here, I’ll put it that way and leave that right there).

Because last year, Duke turned it over once in their four wins over F.B.S. teams, and yet they then turned around and turned it over a mind-numbing 25 times in their seven L’s. Duke is o-3 this year and yah; you do the maths!

The caveat is that so far? Duke is wetting the Lo.FM bed and hitting a lotta “-” or negative big-plays against when chasing the chain-gang in unfavorable down-n-distance situations.

He started it at a very modest looking 54% | tho’ he did play a clean (turnover game) per se.

Since then? Well, since then poor Brice has gone packing for a staggering 1:3 or 300% negative passing ratio the ‘rong way! Not to mention his rushing has gone negative as well. 163% backward or negative when taken as an Index itself. wowzo! Not to mention having put the rock on the carpet three that’s (3) fumbling times to date.

And honestly… you gotta wonder what’s up here?
Eye have nothing on any ding, dent, hurt, or injury whisper or erstwhile…
Tho’ something seems off on this poor kid. Broken-heart? Life stressor? God Bless, something…

PLANDEMIC:
Plum git after Duke and put Duke away nice and neat P.D.Q. or A.S.A.P. Then empty the travel squad bench— as ‘scrubs’ need P.T. (playing time) love too!

As Eye thought we did about as much as anyone with could to Nc.State. What with a staggering 23 players and four coaches out due to either CV19 positive tests or contact tracing.

Hopefully, there is only one way to go off of that. (tho’ latent Thursday reports say we may be down to tertiary ballers in our Secondary itself; geez, and St.Nikephoros bless!)

Nevertheless, Raleigh-Durham spies say that the Duke Staff think they “are close”. Whereas I hope that they are A Bridge Too Far, or at least one more week away.

Seeing how Duke has been beaten by 18-points on average when beaten since we saw them last… That’s two ships passing in the night to me. And it also has me wondering if Duke is now learning how to (find a way) to L?

To be a little less pedantic and be a little bit more conservative and end my liberal use of words… there (hopefully) should be no rancorous debate or back-n-forth regarding the outcome podium in this one, late this Saturday afternoon 161-miles so-by-so-east.

Vah.Tech should be the better and the mo’ talented team here. As most left or right-wing migratory Hokiebird 13-point road favorites are apolitically supposed to be.

Then, we’d better not ‘uck’ this one Up!

(as teams and programs that have finally turned the proverbial corner
would never run afowl and do something like that; right?)