Virginia Tech men’s basketball returns to the court on a National Basketball Association ‘esque back-to-back days to take on the likewise NC2A March Madness bound Florida State Seminoles at ~2:30 pm on ESPN for your made for Tell championship week matinee.

The no.16 in the nation Hokies must now face the no.12 team in the nation in the third round of the 2019 Atlantic Coast Conference post-season tournament for their eye of the Hurricane troubles. This will be the second meeting of these two schools in right at nine days time so they should know each other pretty well inside and out as modern era scouting reports go. Might even be a rub or a row as this one could get testy as this is a classical squared-circle match-up of the puncher (F.s.u.) vs. the boxer (VT). Though you wanna know who gets their hand raised in the end, right? Read on, to find… out!

Daddy Leo’ is married to Claudette Hamilton. Claudette is a volunteer tutor, and they have two children: Lenny, 23, a musician; and daughter Allison, 8.

Senior, 6′4″, 210 lb., Vegas native and Sheridan College transfer 2-Guard PJ Savoy has a history of dings-n-dents that make you wonder what he would have been if he had only been 100% good-to-go. As his (right knee) has limited him to 6.4 ppg and 1.5 rpg in relief. Savoy is a long-range specialist who provides air cover for the troops down low. As he is ranked eighth in school history with a .388 mark from the bonusphere. This year however Savoy has taken 159 shot attempts, 132 of which from 20′9″ or beyond— as this guy is a court spreader through and through (on 31.1% long).

6′8″, 230 lb., final year r-Sr., Forward Phil Cofer -who was surprisingly/mercifully granted a medical hardship waiver by the NCAA on May 25, 2018 giving him a fifth season to play and lead the Seminoles last year as a now fifth-year redshirt senior during the 2018-19 season- P.C. did drop you a steadying 12.7 ppg (now down to 7 ppg) and was actually second in rebounding last season at 5.9 caroms per contest (now down to 3.7 rpg). 34% from beyond the arc is serviceable for a home position Four —this from a kid with an offensive rebounding tag (over 100 in his career) who finishes hard at the rim. His mum (Reba) ran ball at Tennessee for the national champion Lady Vols and his old man (Michael) only played football at Tennessee and then Pops only played 10 seasons in the N.F.L., all with the DET.Lions and was named to the Pro Bowl in 1988. Dang… so yah; the Cofer Genome Athletics Project is most willing here indeed. That and Phil’ (who has a history of ankle surgeries (Godspeed) also has his very own giving back philanthropic video; impressive; may St.Philip bless and intercede as this kid has paid his dues to keep on playing this game.

Trent Forrest is a 6′4″, 210 lb. third-year Wing or off-G who you want to go buy beer for you. As this guy is Robert Parrish syndrome all over again and looks the 30-something part. Already. In addition to that, and in addition to being a part-time starter, Forrest is chipping in with a third-best 9.1 ppg, 4.7 rpg and a team pacing 3.8 apg. Or an all-’round roundball glue-guy if there ever was one. Forrest is also rather quietly just about to crack the Top-10 at F.s.u. in all time swipes (∑=153) and he will give you a five-finger discount and pick a pocket or three if you are not handy enough on the dribble. Trent has a rep’ for clutch play— just ask his ante in the NC2A’s last spring. This from the 45h ranked baller in the nation per ESPN who finishes strong at the rim, has good size and strength for a combo-G and who has an on-floor player-coach vibe to him. Who also won a slew of high school.edu academic awards all while being an outburst scorer down in Georgia. (don’t read that hand-n-hand very often; do yah?) Additionally, Trent has also pocketed several 6th-man-of-the-Year awards from several hoops services in his first two years down in Tally. (UPDATE: whispers say: “PROBABLE” with a toe hurt, here; St.Sebastian bless)

the takeaway:
The takeaway here is… Virginia Tech just played a helluva an efficacious game vs. the Miami Hurricanes. Winning the A.c.c. round #2 match-up by a smooth looking fifteen points (or 71-56).

An opening 2019 Atlantic Coast Championship effort in which Buzzketball never trailed and actually ‘caned (or led) Miami for a stunning 96% of the contest! This courtesy of an extremely welcome/needed 21% of our Wednesday points actually substituted in from our bench. Which is pretty staggering when you consider that Outlaw tweaked a hammie to boot.

Or to put it another way… efficiency max’ like ^dat^ sans your no.1 Pt.Guard is pretty dang hard to do. As that’s code for coaching the verb and synergy the noun folks.

The only question is… how synergistic can we R.A.T.T. be on a ~21-hour turn vs. the 23rd nationally ranked team out of 351 D-1 teams in… Defensive Efficiency?

And oh yes, this vs. one of the very deepest teams in the A.c.c.
Or in the land…

Our handy-dandy friend the so-called Forum Guide of Graham Houston fame is still calling for a mere 1 point and change Seminole VomiT win when constructed upon a season balance; although the seemingly more constructive sans J.Rob’ version of the Forum Guide is now calling for just under a seven-point F.s.u. triumph.

V.Tech is up a whopping 9% at the charity stripe for the year.

This is what I said at the end of the F.s.u. @Tally preview just at a fortnight ago…

“And in equational form, it should look something like this…

g.Patton vs. b.Montgomery if you will…
and that prolly will prove to be…

A Bridge Too Far.”

So on the Association ‘esque short-turn, can our mad-scientist big whistle go Rommel and out-Fox F.s.u. here?

Notice up above the following Hokie advantages… a big fat edge in FT-shooting— and this is one of the few national power conference tournaments with a rep’ for letter-of-the-law stickler type conference championship “whistling”.

73-59 F.s.u. is where I went last time and -thx @Coach God- only missed us by two shots. Though we had our regular chance(s) to steal this one down in Tallahassee. 21 misses from the floor -a staggering 19 of which were misses from long-range- or three FTA’s that went “clack”.

Just net any one of those paint-chippers and we were golden there.

Or to put it another way…

Though is Florida State beyond Vah.Tech’s reach?
“No.”

So we do have a shot here —foreshadowing and pun intended alike.

Nonetheless, 200% more turnovers as we just did @Tally -very unlike Buzzketball as butterfingers went- once again vs. F.s.u. and even a good shooting Hokie ship is prolly sunk. As we gave the ball away 14 times last game and that’s 14 more (potential) additional tie-breaking shots we did not drain, much less; take. Or as the Brit’s say… “it’s all in the maths.”

Because… last time out vs. F.s.u. -in their own backyard- we out-shoot F.s.u. by 3% overall, 2% from deep and we netted 80% at the charity stripe. So just hold on to the damn ball, be patient/focused/efficient, STAY CLOSE, and that the noose-knot of pressure choke and/or hang favored F.s.u. up. And oh yes, keeping winning from the 3-point-line, the FT-line, and (somehow) keep upsetting F.s.u. on the backboard(s) in the post-season swing-vote otherwise known as: rebounding margin.

So presuming Hokie hoops S&C and cardiopulmonary conditioning all hold-up, and presuming no foul-trouble attrition to shorten our likely 1 to 1+ man bench… and with judicious use of Timeouts more so to space out Rest & Recuperation… don’t bet your life that Buzz won’t outwit Leo’ here.

As this one is a Smokey & the Bandit type of contest men…
or a race to double-nickels or 55 {sic: points}.

First one there?
Wins! 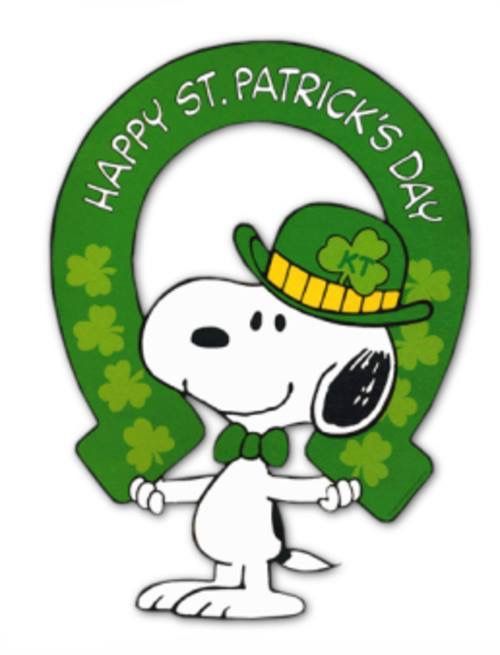