Virginia Tech football fell behind then kicked East Carolina right in the rear! 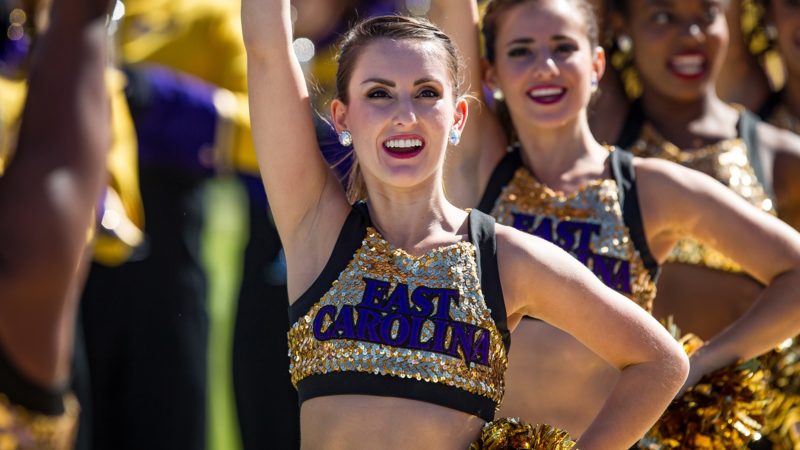 The Hokies erupted so Hellenic and Vesuvian ferociously in the final 30 odd minutes of scrumming you had to wonder out-loud if the seismograph in Derring Hall’s display case was having a bad O&M hair-day? As things looked a bit chippy for most of the opening 20-25 minutes of play. Then, and suddenly, what others are calling a cliché offensive “click” suddenly -and more authentically: “popped” and Cam Phillips and the 2017 Fu’fense were off to the races; and yes Virginia Tech football ran away and hid!

1Q game remaining:
This East Carolina Eye is… closed. As CBS SportsNetwork -unlike basically everyone else- has not entered the year the rest of us call 2017. As they do not offer a playback and yes my I.S.P. here in the People’s Republic of the 3o4 is an actual CBSSN subscriber. Go fig’ on that in modern era production terms?

Though still, less a well learnt; program and fire up the off-green L.E.D. wall clock that is otherwise known as a V.H.S.; as the smart money is on V.H.S. beating, beta.

1Q ~10 mins. remaining:
Really nice to see Clark and his maligned hand-game make this tricky ‘rong shoulder catch look as easy as he did. And he did it by never, turning his back to the ball; as he makes an internal C-CW (counterclockwise) spin to maintain eye-contact at all times. A very catchy or precocious play for a guy who is said to be more parts rocket and less part; grab.

2Q 7:52 remaining:
Just what we can NOT stand to see, as the oft’ dreaded knee-roll-up strikes again and thank you coach God that big ole R.Walker got up from this nearly nasty looking totally defenseless play. Still, the knee flexion was not as vicious as I had thought in real time; as this one most definitely coulda been worse —much!

Hill was also injured earlier in the 1Q, although film-study is unkind, here.

So in lieu of the normal nonpareil detail, charting and lockeroom sense of humor, that is always and forever the politically incorrect film-study itself, here are a few real-time things that did open my, Eye…

Who does Cam Phillips remind you of? He’s got mad game -soon to be all-time in O&M pass catching record book terms- he high points the ball really well, he’s our best most Gentleman’s Quarterly dressed baller since… who? As his off-field flash does not lag (much) -if any- behind his on-field game and his on-field game is pretty gamey enough. Or in other words, does he remind anyone else of a very young version of Pittsburgh’s #88 or super Cowboy foil one Lynn Swann? Acrobatic, flamboyant, flashy, loquacious and oh yah; Cam can catch that dang rock. As he’s in second place right now for all pass catchers for D-1 receiving yards as he’s snagging 9 throws per game great for 139 y/g on average. That’s quite possibly all-American status if you are keeping score at home and one wonders what that would do for our throw-game recruiting… 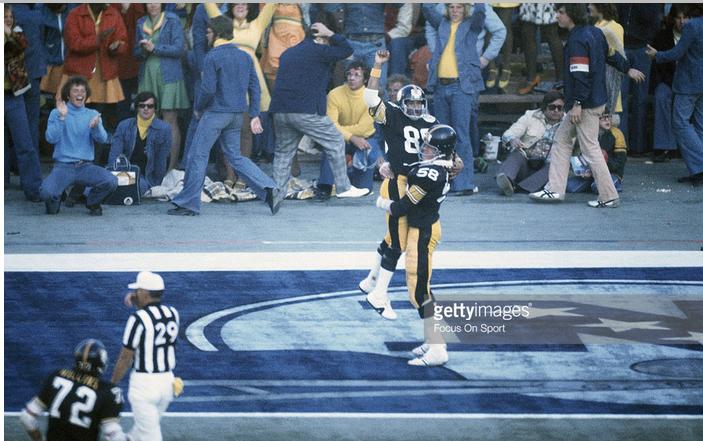 That being said, it would be revisionism history … like saying we were tied with Japan on December the 6th … if we did not mention all the 2016 pro’ talent that did indeed exit O&M stage left.

Nevertheless, when you do what Fu’ and Corny and Z, and Wiggins and the Vice-squad just did to East Carolina in the final 30 minutes? That’s a system coach extraordinaire… something akin to the wicked good although wicked simple elbow-jumper of Coach John Beilein basketball fame. The Fu’fensive offensive system works people! As this particular gridiron offensive system may not be so people dependent as we and coach Beilein had first thought… as it sure as hell just departed some heretofore one-of-a-kind refugee catch-game talent. Then it merely held off the offensive juggernaut erstwhile known as w.v.u., then it acted like it wanted to “click” yet misfired vs. D-1aa Delaware, and then it suddenly: “popped” as in exploded in the first 20 odd minutes of the second-half @Greenville. “Boom goes the dynamite” indeed and guess what else just “popped”?

Joshua’s Jackson’s seasonal stats just went from an okay enough 57.7 connect percentage to an Atlantic Coast rookie of the year candidate 64.7%! He’s on pace for an insane 35:0 passing ratio! And he’s 18′ removed from leading Virginia Tech in, rushing! Yah; I’d have to say that that r-freshman counts as this kid might just be slicker version of Bryan Randall. Albeit with a much more on point deep-ball or vertical stretch element to his mentally supercalifragilisticexpialidocious throw-game which lends itself to a downright upperclassmen looking supercilious kinda Will Furrer junior season heady command and control sawg overall. And the second-TD pass à-la a Karl Malone fall-away FT-attempt is about as difficult as it gets. You don’t do this as anything less than a, true talent!

Also, I loved seeing the Virginia Tech sideline’s meta-communication(s) in the final 10+ minutes of this sporting rout. As did anyone else notice all the “#1” hand signs that flew up when Bush broke loose down our very own sideline? Call that what you will, as some may call that being a bit showy… although Babe Ruth and myself call that: “…it ain’t bragging if you can back it up.” And do recall that someone ghosted that coach-Fu’ had the team practice/rehearse being a bit more lively, a bit more upbeat, a bit more ebullient on the sideline during games; last (2016) August camp. As what a difference such an electrifying culture hygiene makes. Or as my late father’s epic 1947 state champion coach Jack Owens taught:

Amen and tru dat; just ask our 2017 East Carolina sideline that is  applied sports psych learning how to… expect, to win.

Despite a very compelling, superlative play-making, highlight reel catching start from East Carolina in staking a 17-7 or two play first quarter lead, the Pirates did eventually wet the Lo.FM bed and self-destruct later on. As those three freaky plays we missed vs. Delaware, E.c.u. basically found in the opening 15 minutes of battle vs. us. Other than that, we heavily flirted with breaking the fewest Hokie offensive Lo.FM negative scratch-marks record. As you read above, that’s slowly yet surely taking control of the competing line-of-scrimmage and knocking a opposing D backwards; and then knocking them onto their keisters.

It is also worth of publication that 19 year old Joshua Jackson grew a little bit as a play-maker on Saturday. He may be listed at barely 6’1” and a reasonable 215 lbs., however; he’s taller than that between the ears. And the game officially just started to slow down for him courtesy of his very first (two) Lo.FM scoring throws. And do recall that hitting these is typically the more matriculated domicile of upperclassmen Qb’s only.

…the takeaway here is; we finally saw the 2017 Virginia Tech football team, improve!

Yes, I know; facing the dead least-place D-1 defense prolly did have something to do with that; though that’s not on us, either.

Old Dominion may not validate how much {sic: we improved}; and Clemson won’t make anyone look any better; not at all. Nevertheless, even if we have to wait to ask October how this now objectified improvement tastes… at least I finally saw it on in-game film. Well, what little Columbia Broadcasting System there is of this @East Carolina in-game film; mind you.

Nevertheless, this E.c.u. triumph was highly encouraging, Delaware was a bit worrying and hopefully the Monarchs will be abdicating.

Because after that; this 12 quarter, 180 minute run of glorified scrimmaging gets real; as in catch a Tiger by the tail real in defending national champion terms. So enjoy and savor this pigskin Saturday Hokie nation. As this is Fu’s last chance to tinker-n-putter until the mid-October BYE weekend and that’s his last chance to truly tinker-n-putter until Bowl practice begins.

And yes, that very same CBS Sports Network projects us to play Florida in the Jacksonville TaxSlayer bowl, whatever that means…