Virginia Tech men’s basketball “found a way to win (twice), when they did not play their best.” —Jerry West to us at traveling all-stars hoops camp way way way back when. (When he was describing the two surefire signatures of great teams ¦ the other F.Y.I. being: “the beat the teams they are supposed to beat badly”.

The Hokies are not bad, tho’ they have only managed to play two halves of two games at a complete or compete -if you will- level so far. Thus far they have played just enuff of the quarters and the semis to make the Charleston Classic finals. Where they coincidentally (or incidentally) will now draw Charleston itself. The Cougars are a very respectable four-hyphen-National-Runner-Up, U.n.c. on the season. 4 W’s against 1 L. And they were only down a couple of shots early on into the 2nd-half vs. bigger/deeper #1 ranked North Carolina. Nonetheless, what you wanna quickie preview know is… who is gonna win and by how much, rights? So, read on… to finds, out!

Baller Kelsey played high school basketball at Roger Bacon High School in Cincinnati, OH. He transferred to Elder High School for his senior year and in 1993 helped lead the team to a Division I state title. Kelsey began his collegiate career as a freshman guard at the University of Wyoming. He transferred to Xavier in 1994 where he played three seasons.

Lowercase Coach-K began his career as an assistant coach at Wake Forest University and later Xavier University. During his time as an assistant coach, his teams earned an ACC regular season championship, five NCAA Tournament berths, an NIT berth, and a No. 1 national ranking in two different seasons. In 2010, College Bound Hoops ranked Kelsey eighth in the nation among college basketball assistants. He was sought after by some of America’s top programs and has been a candidate for multiple head coaching positions. Chris Mack, former A-10, and Big East Championship head coach, considered him to be one of the best assistant coaches in America.

As head coach at Winthrop University, Kelsey resurrected a winning tradition and became one of the winningest coaches in the history of the Big South Conference (ranked 2nd all-time with 110 conference wins). During his nine seasons, no other Big South program had more conference wins or wins overall. The program made four straight Big South Conference tournament title games (2014–17) and the Eagles claimed 2017, 2020, and 2021 Big South Conference Championships. The 2017 team claimed a share of the Big South regular season championship and then defeated Campbell University to earn Winthrop’s 10th trip to the NCAA Tournament. In 2020, the team secured the Big South regular season championship and defeated Hampton University in the conference championship game to earn what would have been Winthrop’s 11th trip to the NCAA tournament. However, the 2020 NCAA tournament was canceled due to the COVID-19 pandemic. In 2021, the Eagles started the season 16–o and had a cumulative 21-game winning streak dating back to the prior season, which was both program records. They defeated Campbell in the conference tournament to earn their 11th NCAA Tournament bid. Following the season, Kelsey was named a finalist for the Jim Phelan Award (national coach of the year) and the Skip Prosser Man of the Year Award.

On March 25, 2021, Kelsey announced that he was leaving Winthrop to become head coach at the College of Charleston.

Kelsey and his wife, Lisa, have three children: daughters Ruthie and Caroline and son Johnny.

Charlies at a glance:

Ryan Larson G, is Lindy’s 2nd-string pre-season for the Colonial Athletic Association team’s backcourt. 6′1″, 18o lb., One. Who nets you: 10.0 ppg with 2.5 rpg and the team-leading 3.8 apg. Good hands guy, as the 1.5 spg says. Kinda has the look of a pure S/G trapped in a pint-sized or Pt.Guard’s body. Really pure stroke (45% long last year) while getting his Wofford undergrad finished up. Did pocket two 4A State Championships out in St.Paul, ‘Sota. So that keeps counts alike. 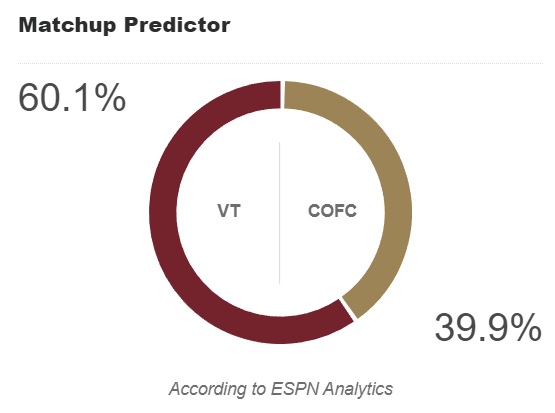 …best/fast as I could take myself home… and sneak a peek at the final 15 or so of Col.State vs. CofC?

The College of Charleston club is fun to watch.

They bomb from wherever, they slash a bit, they pick-n-pop or elbow a mite as well.

Kinda like a whacky buncha Baltic Avenue Mark Price’s with no shooting cares at all.

Our handy-dandy friend the so-called Forum Guide of Graham Houston fame is calling for a December Audubon savvy roundball round-robin ask back.

The annualized year-to-date vitals say that… VeeTee is up a near whopping +15% in shooting percentage margin (per being Hokie high on O and CofC being pretty suspect on D); with VeeTee also up +7% in 3-point percentage margin (same as from the floor, Gobbler O is legit and the Cougars D is not), and yet CofC is up a reasonable +5 caroms in rebounding margin year-to-date. (Thanks to VeeTee getting Windex Wipes wiped out off the backboard down in the Tourney of late). 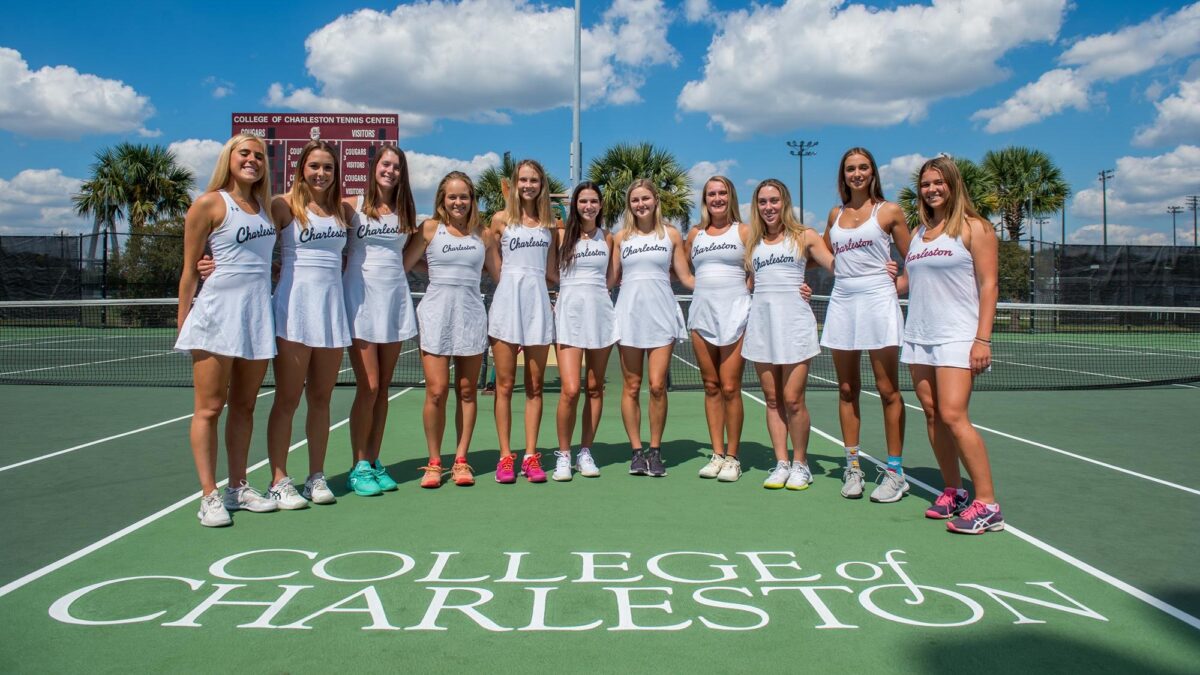 VeeTee is up +2 in R&R. (And that could back-to-back-to-back threepeat helpful).
Nobody is up any% at the charity stripe for the year. (Virtually tied).
Both are 1.oo as a Swiss or neutral.

On the one bench… Coach m.Young has built the Hokies into an efficient offensive force. They entered Saturday ranked No. 13 in points per possession (1.2o ppp).

On the other bench… Coach p.Kelsey’s Cougars have been battle tested. All of their opponents so far, including the Hokies, made the NC2A Tournament last season. Their lone L came at No. 1 North Carolina, 1o2-86; after they led by seven at the break.

…kinda same drill as Penn.State… we gotta go inside and wear the little man down here with our clearly superior posts and not just drift/fall in love with outside 3-balls that may or may not (lack of fresh legs) wanna fall for this late-autumn contest.

We play hard, smart, tough inside-out hoops and I like our chances here according to the user-friendly defensive availability of Charleston.

We play soft, long, fluff outside-in hoops and this one will devolve into a pure offensive gunfight. Or made for telly fun-fight and he who makes last might just laugh the same.

Fight tall, Punch downhill, and force the underdog Cougars to rise, up.