Virginia Tech football did get off to an offensively pirated start that was more parts Pokey and less parts Hokie two Saturday’s ago down in the New River Valley of Blacksburg Va.

Precision was not our first 13+ minute thing; and yet then a funny thing happened along the way to the blowout (54-17) VicTory O&M candy-store.

I for one found that almost audible (pardon the pun) offensive “click” that I heard to be refreshing indeed. Or to put it another way… when was the last time you heard an initially sputtering Fighting Gobbler offense suddenly and therefore proverbially go “click”, kick that Owens Dining Hall pig, and then suddenly score 54 points over a 42 minute span? Me neither, as that high octane ~40 minute scoreboard binge was about as close to basketball on grass that Lane Stadium has been since Lane Stadium opened for gridiron business way back in 1965 A.D.

Godspeed at five-six (BIG ole #56 the E.c.u. Ng) who had a ugly right-ankle roll up right at the end of the play. Though make no mistake, we nearly saw Sam friendly-fire Wyatt’s right-knee in the orange inflection line below, right on up at the end of the play just the same. Shew-wheee, and shew some more! As big bad five-seven is probably the 1a Hokie we an least afford to L.

3Q 7:26 remaining:
Yah; yah; I know, right in front of the Umpire might not be the best place to do this, quite, literally. Although man-o-man did Wyatt hustle his ass off and totally detonate on the poor defenseless Fs of E.c.u. downfield on this steal. WoW, just, w0w!

3Q 4:51 remaining:
So I’m in my red-shirt sixth season of middle age (at 47). And yet, I just gotta ask: #11 James Summers of E.c.u. looks how old again? I mean has that guy been carded to buy beer even once since he turned, six? Bettcha there were some opposing high schools who were none too sad to see this kid, I mean this man’s man of a Tb/Wr turned pseudo Qb hybrid, go. (BIG pic link)

3Q 4:33 remaining:
Really sweet old-school cutbacks against the pursuing grain from the less than Usain Bolt paced Jerod Evans on this massive touchdown gallop for six. The funny part is the very same move worked no less than four different times in a row; as Evans has nice speed, what someone has been calling B.Randall+ (plus) | ditto someone’s preview that hinted that E.c.u. allowed a lotta Y.A.C. (yards after contact) in particular along the edges. Although clearly Evans was a bit lame/reduced here, proving yet again that the largest muscle in the human body is still the brain. As this gimpy run was not out fought in locomotion terms so much as it was however, out …thought, per patience and field-vision. (p.s. Evans looks like he has found what weight he cut at the end of August camp again; as he surely reminds one of Sonny Jurgensen, Billy Kilmer and/or Tajh Boyd. None of whom would have made it as a runway model; all of who somehow still got it epic done while being in south of epic physical shape)

3Q 2:00 remaining:
Did NOT like the look of the top of the helmet cervical compression on the Bradshaw crossing route snag for a 1st down here. This kid must have a really strong neck to take this kinda compaction and just stand up and walk way. As this play is the very reason why football is a terminal contact sport folks; what with about three instantaneous deaths per season and about 12-16 deaths on average within three weeks of the spinal hit; God Bless.

3Q 0:32 remaining:
C.J. Carroll may be 5′ whatever in height; nonetheless, this is a sky-scrapping play in heart. WoW, just w0w! (BONUS: see epic open-field tackle by Tremaine Edmunds two plays later vs. E.c.u. Most can I.D. that this is an epic open-field tackle, however, what most miss is why? The why is Edmunds vice like hands, as in epic hand strength, think Tommy Beasley bear paw ‘esque)

4Q 12:38 remaining:
Ahhhh, yah, this ain’t good folks as here you see the true foible of the Fu’fense large and in charge. As Gallo blocks (surprisingly) adequately in space to still be a bit tubby, and Conte just had his worst game of the year. {sic: Conte} is just playing stiff as a board movement wise on tape –to the point of leaving a well trained Eye wondering if he is nursing some kinda of hidden hurt? And as you can see, the heady and gamey Gallo simply lacks enough 1st-twitch fiber to deal with a powerhouse Ng head-up o-technique wise. (i.e. go ahead and expect opposing O-Coordinators to see this and attack our even or right-side Gallo/Conte A-gap accordingly)

4Q 8:19 remaining:
Observe the dreaded non-contact De T.Hill right ankle, inward pronation on this play just running down the field in pursuit. Dang, dang, dang; this is not fun to watch as Hill was putting the stud back into the Stud-De slot and getting better and better, virtually by the play.

In Lo.FM terms… I hit the stop-unit pretty hard last time out; although I do wanna add that a crippling 16 TFL and 6 Bud Stout sacks will do just that Lo.Fm wise to any opposing offense. Also observe what you are missing in your perusal of the Lo.FM metric. What are you missing you ask? Well for one you are missing all the bonehead yellow laundry or self-inflicted Hokie wounds at critical times. That and we may just be starting to see Evans learning how to make BIG plays happen; when chasing the sticks dialing long-distance on second or third and long situations. Or in other words, at least our first year starting Qb1 is not wetting the Hokie bed when the chain-gang is way out in front.

Someone on the pay side message board said something about coach-Fu’ needs to get his run-game going; or there will be trouble ahead. After breaking this game-tape in particular, I gotta respectively, disagree, as from my perspective it breaks down something like this… riddle me thus: which part of the 2016 Fu’fense has more talent?

If that lacks instruction, ask thyself this… is our c-(right)-G internal blocking duo of the very middleocore Gallo plus the barely modest Conte better at generating a healthy internal run-push or at maintaining a decent enough V-shaped pass-fit cup? As Wyatt Teller is a blocking animal, Wr/Te blocking has improved and is still improving; Ot blocking on each side is adequate and sometimes even flirts with being good. So -and with all of that reality in mind- what would you do if you ran the coach-Fu’ play-calling zoo? Me? I do what asks the least of those so-so or lesser two internal blockers, and which simultaneously utilizes the shinier version of my skill-position baller(s). Or in other words I’d damn sure play quick-hitting pitch-n-catch offense until the ag’ school cows across the street on 46o came home. As try as we might, football still ain’t rocket-surgery people. Or in other words, why ask guys who can not block for very long to, well; have to block for very long? Or did that just make too much sense… up on Chestnut Hill?

Reported run-game hand wringing:
So a near bicentennial savvy or almost two bills or ~200 yards per game and being ranked a vastly improved 49th best in the run-game is just not enough? Well, for starters, (foreshadowing intended) these is the same publishing peeps who convinced themselves and then told all of you that the 2016 Virginia Tech defensive line was the strength of the team. Huh? Such is the worst form of journalism there is, as here at: https://bourbonstreet.sportswar.com real men congregate and speak truth to the power.

And right now this is a Hokie run-game that has improved by about 32 spots and by nearly 40 yards per contest in only four games of the Fu’fense thus far. Or in other words, “don’t worry, be Hokie.” Our run shape will only improve under coach Corny and coach Vice. 195 rushing per game does not suck; and that’s not bad mileage when you consider that two of our top-3 Tb’s have four blow A.c.l.’s (both suffering twice same side, mind you) among them. Now mix in average at best c-(right)-G play; not playing T.McMillian full time; and guess what? 195 rushing never looked so good. The real story is not found in the run-game nag itself; the real story for the other writers to copy would be found in writing about whether or not Gallo/Chung and/or Conte at right-G will get any better (…or not)? Me? I’m not so sure on that, almost to the point of being undersold. However, I feel pretty solid that the Fu’fense passing-shape will only improve; and if it does improve, I know that that will only open up more rushing room underneath. Improvements to the ground-troops may be marginal to incremental at best. That does of reality firmly in place the good news is that beyond injury– I do not see any real regression in the run forecast and I do expect McMillian has a couple more 100 yard games in him as well. So in summary is this an epic unstoppable rushing attack? No. Though since half past when is noticeably above average the new, bad?!? Such is the realm of poppycock.

Does Qb1 Jerod Evans have a few foibles to his throw-game textbook app’s. Yes. Do we deny this? No. And in point of fact, here they are…

Yes, some of that (above) happens some of the time, and yet none of that happens all of the time. Nevertheless, in spite of being south of a passing camp schematically perfect looking robo-Qb, Evans hits some freaky throws… into traffic, into coverage, with people draped all over him in the pocket. He also manages to chuck the ball downfield in near textbook form more often than not (see: pic). And his electrifying 68% passing and likewise being just one mere drop removed from a perfect 13:0 passing ratio all conspire to tell all of us what?

It tells that yes, you gotta break a few eggs to make an omelet, although too many chefs spoil the gumbo and the word to the wise here connotes… don’t over-coach this kid IN-season and gum up the 2016 works. The time to overhaul any passing technique foibles (plural in Evans case) is best spent in the off-season. Yes, there are several little things here that need at least a little work; though I say eschew that, at least for now. As methinks this would be an in-season case of robbing Peter to pay Paul. Ergo, to wit, you deal with these mechanical looking Corinthians in the off-season if you deal with them at all.

the takeaway…
The takeaway here is… that 3-1 is what basically everyone (not named me) hoped for and 3-1 or precisely 75% is exactly what we got; sans what we gift wrapped for Tennessee. 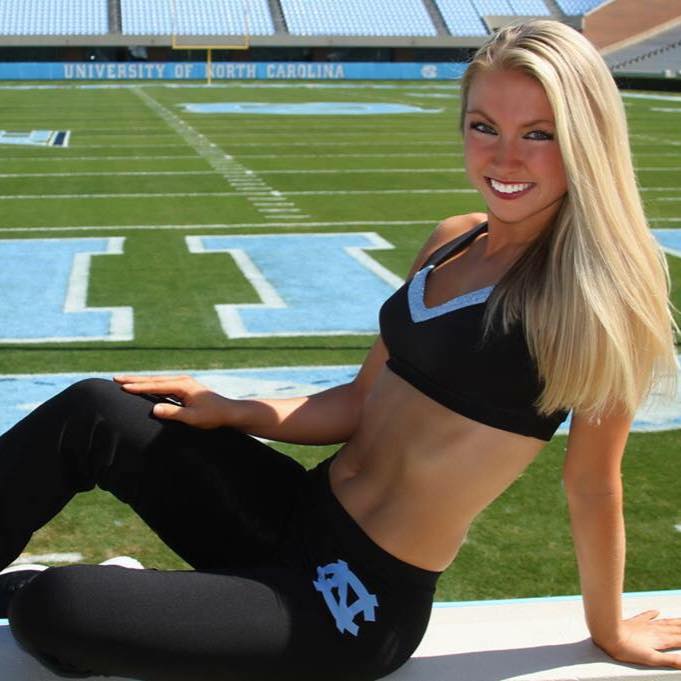 Also up next is the sieve otherwise known as the U.n.c. defense itself; checking in at 1o5th worst in total D and an abused 116th in run D itself!

Or to put it another way; … now would be a great time for T.McMillian and the worrywart Virginia Tech rushing offense to prove me right; and sit much vaunted much ballyhooed U.n.c. chip stud Qb Mitch Trubisky on his arse, on the T.Heel bench; and thereby give opening point-spread six point underdog Virginia Tech a chance to steal this one out on the road. Because if we let this truly stellar former 226 (in 2015) now a mere 182 Qb rating, 1,711 yard passing, 76%, aerial phenom’ get his throw on –much less if we allow Elijah to see the Light?

We loyal readers are in for a long day at the visiting Coastal office at best. As this ascent to the apex of Chapel Hill may prove longer than it looks. 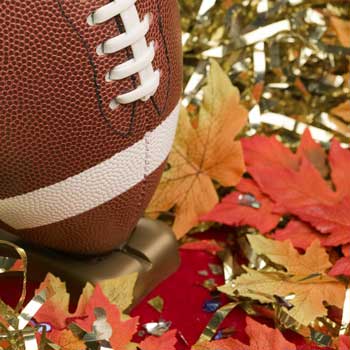