Virginia Tech football is currently projected to get the New Era Pinstripe Bowl bid according to ESPN.com; (read: A.c.c. vs. Big-10).

There are only ~87 days remaining until Christmas; and yes, there I go again; putting the cart before the horse. Go ahead and bet the under vs. BYE this next weekend –as points are always hard to come, by, vs. them. And this just in…. rain is rumored to be wet. Or in other words, things look pretty dang O&M rosy right now with the Hokies off to a highly offensive scoreboard electrifying start at 3 up and 1 down. What with Virginia Tech and the Fu’fense playing Cornhole like a champs! That objectively correct take firmly in place, it is likewise science-fact to say that our beloved Hokies got off to what was a sloppy start; whereby Virginia Tech could and possibly very well should have been up 50-nil at intermission. Read on in part I of the E.c.u. Eye in the Sky to find out …why…

1Q 7:11 remaining:
Much as we are going bedroom hog wild during the Fuente honeymoon period; the Staff missed one here. Did they not watch the replays (plural) on the jumbotron? As this E.c.u. fumble sure looks invitingly reversible, at least to me. BONUS: very next play; did not like the inexpensive shot from #6 Mook to the occipital part of the back of the E.c.u. slot-Wr’s head, after he had already cleanly defeated the block of said E.c.u. Wr and already knocked him to the turf. Umpire missed this one as this was a 15 yarder just begging to happen.

1Q 6:o9 remaining:
Never mind the non-block by the recovering Mars’ Williams, do take note of the fully hinged left knee brace –in addition to the twice blown left-knee which more expectedly sports a full hinge as well. Now notice last week, and you tell me … what did he do to his formerly healthy right-knee?

1Q 3:27 remaining:
Here is precisely where it all began to “click” for the Fu’fense O. No matter the overthrown TD hurl by Evans, and a bad blocking start from Conte (who has enormous physical strength talent | and yet is well well south of that in foot talent; i.e. a very stiff looking G on any mobile run-block on film), Gallo (does not fight head-up or o-technique well), Sam (40-40 field vision) and Mars’ (just not used to blocking itself) –all in diminishing order of opening severity. NEW play alert; as coach Fu’ has not shown this old-school flexbone option look, and do recall, the flex is the play-action pass after the mesh point with the Fb. LOVED the salesmanship here by Evans as he sprints right, fakes the belly play, then flexes or drops back to Te-screen over on the left side to Cunningham. Beautiful crossbuck play call here and this is a play I’ve not seen since we ran this very play in the lowercase 1980’s way back in Jr.High.

1Q 1:32 remaining:
Facyson is having one of the best defensive cover-Corner seasons so far in the whole darn A.c.c.; less three plays that have accrued almost 100 yards allowed in pass defense summation. As your drapes at home can not hang all over your nearest window any better than #31 did here. As 2016 Facyson checked Wr’s have made no less than three epic grabs with Brandon going Better Homes and Gardens and being draped -literally- all over them. Though make no mistake here men, Brandon is having an epic season –and I will prove it to you, down below.

Season so far, and game duration:
Someone has already called Trevon Hill a cross between Dadi that with two good hands his senior year should have been, and the William Wall that never was. As this is about as much as I’ve ever seen a rookie year Stud-De improved in just four games worth of playing-time. Recall that Hill did not look so hot to trot debuting vs. Liberty; and yah; his run-fighting at times is that of an 18 year old vs. 20’s to 22’s. However, his pass attack fit is that of a 25 year old full grown man. As this kid has man’s game -already- in his pocket assault. And if Hill is this dynamic as a debut year 2016 r-freshman pass-rusher, how freakin’ good is he come his fifth year in 2019?!? (if we keep him that long that is)

2Q 10:15 remaining:
Seems like some particular coaching staff read someone’s special-teams section preview for E.c.u. As someone detailed the lower-release point and the fact that this pretty fair to middling leg-talent E.c.u. punter had five career punts blocked coming into this one –now make that six! (And the neat thing is, Bucky (hi) probably had this one if Cam (lo) had somehow missed).

2Q 6:55 remaining:
Never seen this one before; as Virginia Tech just went a record setting 23 minutes and change before allowing our very first Qb pressure in pass-protect. That’s amazing; that’s option base -we don’t pass- offense amazing folks. Helluva a nice job both of pass blocking from the front-5 augmented all the more by Evans in getting the football away smartly and crisply to start the game.

And oh by the way, Evans Houdini improve ad-lib pocket routine made one, two, and then three different Pirates walk the “whiff” plank before this Billy Kilmer looking raw heave to Ford found it’s streak pattern mark. Although this is the Evans injury play… notice how Evans stumbles on the scramble catching his right toe(s) in the Worsham Field turf –which brings the phobia of the dreaded Lisfranc foot tear into play. Before pronate his right ankle outward right after that; after stepping upon what appears to be his very own left-foot in slo’ mo’. Yikes!!!

2Q 2:54 remaining:
Absolutely did not wanna see this one, either; although this is the left-hip-pointer dicey looking play from Woody Baron on a seemingly cushy impact on the real-grass surface of Worsham Field. Hard to tell anything definitive here; as this injury came as an oblong spheroid sporting surprise; as you see nothing unusual about this fall, this landing, or this impact point upon breaking tape; nothing. Though that is indeed just how unpredictably said oblong spheroid bounces in a terminal contact sport.

2Q 2:o8 remaining:
Just >> or fast-forward button, close you eyes even… and give a listen to the huffin’-n-puffin’ of Wyatt Teller trying to get there on the off-tackle 5-hole pull kick-out to his left. Wild, as I’ve not heard a sideline microphone pick this up since half-past the satellite looking mid 1970’s parabolic microphone and/or clear plexiglass umbrella shaped N.F.L. Films one. 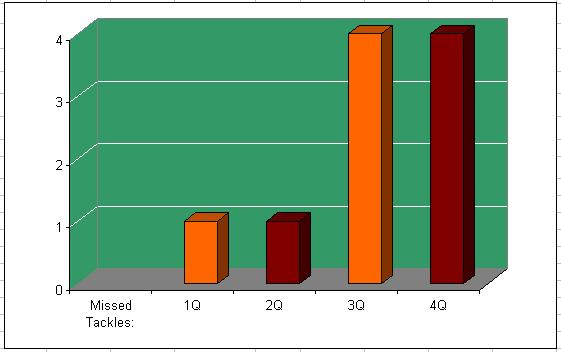 Take a look-see at the near total domination of the emerging Qb pressured metrics for the season and this game’s tale of the Qb hurries tape. Then you tell me, what do you detect?

Me? I detect the following, through indeed some credit of it’s very on, the coach Fu’fense is skewing our Qb’s pressured metrics in coach Vice’s statistical favor. Tough to mount a pass rush on an offense that has one single solitary read –or no more than two keys per play. As the Fu’fense rockets that pigskin outta there in a hurry. Further, you had better have a Lawrence Taylor firing off the edge like a hell bent for leather banshee and you’d probably had better leave him unblocked on the play-side/short-side if you want to muck around with he Fu’fense at that. Likewise, there seems to be a palatable uptick in, intimidation here. As we’ve seen some opposing Qb’s turn into grade-school playground hot-potato merchants as the game wears on. Nobody seems to want too take one from coach Wiles’ boys for their team anymore. Not sure I’ve seen even one opposing Qb hang in the pocket, thereby exposing his ribs to a Ken or whomever defensive B.B.Q. sack just to hit that long ball homerun throw. And what a difference a finally 100% healthy Ken is now making folks. Good thing Frank took the risk on Ken’s fully blown out scholastic knee after all; and more on Ken below…

Now mix in a backbreaking 16 Tackles for a Loss (TFL), one forced fumble, another forced fumble that the zebras missed, and no less than four (potential) E.c.u. catches jarred loose upon Hokie secondary contact upon the intended receiving target and you have yourself one helluva a stop-unit game. Or at least so it seems at first box score blush. And yet as good as all of that just read, we are NOT (yet) at our defensive ceiling. No seriously gentlemen, I can prove it to you, despite these handsome and  lofty D-1 national rankings you will now partake of immediately below…

Someone said pre-season that 100% of the other Virginia Tech football sports writers were high for saying that the Dline was the strength of the defense and possibly of the team overall. Let us see how that 1-man-island is doing vs. all the rest?

18, 24, 5 … mean what to you? Well they could mean the number of Virginia Tech defensive passes broken-up, defended, and intercepted. Though what do raw numbers such as that really reflect as hind-4 or hind-5 secondary play goes? Well, for starters, and in comparative pegging terms: that’s 300% more, 328% more and a staggering 500% more than opposing secondary’s have managed to do to the quick-hitting “bang-bang” Fu’fense so far. And guess what? Two or three of those secondary kid are still kind of young to very young. They will only get better: as Mook and Adonis are both t-sophomore first time starters, Facyson has missed every single spring practice, part of a season and is therefore pragmatically about a full season behind his r-Jr. status, Stro’ was a Wr, now a PR and KO returner while splitting practice field time for Cb. Do you see what I mean? All of the secondary not named Clark is at least one year away from their covering trade-craft zenith; possibly two years away.

Upfront the dLine numbers are steady, reliable, and starting to flirt with being downright solid. However, they are not #1 like everyone else said this front-4 would be; and they are not much in quantitative box score analytics in lieu of Ken. Nevertheless, this front-4 is demonstrating very excellent Gap control if not outright gap disruption. Though #8 N.Williams is playing better and better North-South as I type, Settle is a (Brahma) bull-rushing beast –when rested; Woody is solid and a great leader; and Walker is the sleeper 2019 pick of the bunch. However, and since I’m in such a self-centric hurry to pat myself on my TSL cyber back; what, IF, I am, wrong?

Anyone else who watches the Line-of-Scrimmage (LOS) trench fighters wondering out loud if they (the front-4), are being coached to hold and/or plug the gap to minimize Tua’s blocking exposure? Sort of a front-4 S.P.F. of #8 + #60 + #4 + #99 = Tua not getting fried on the inside by virtually any G-c-G internal blocking trifecta this side of your neighborhood Jr.High school that has a pulse? (Just ask the Eye part II for evidence of this).

(READERS note: be back next time -coach God wiling- with the Longfield Management (Lo.FM)©, the 2nd-half Eye, and offensive thoughts with the BYE weekend coming up) 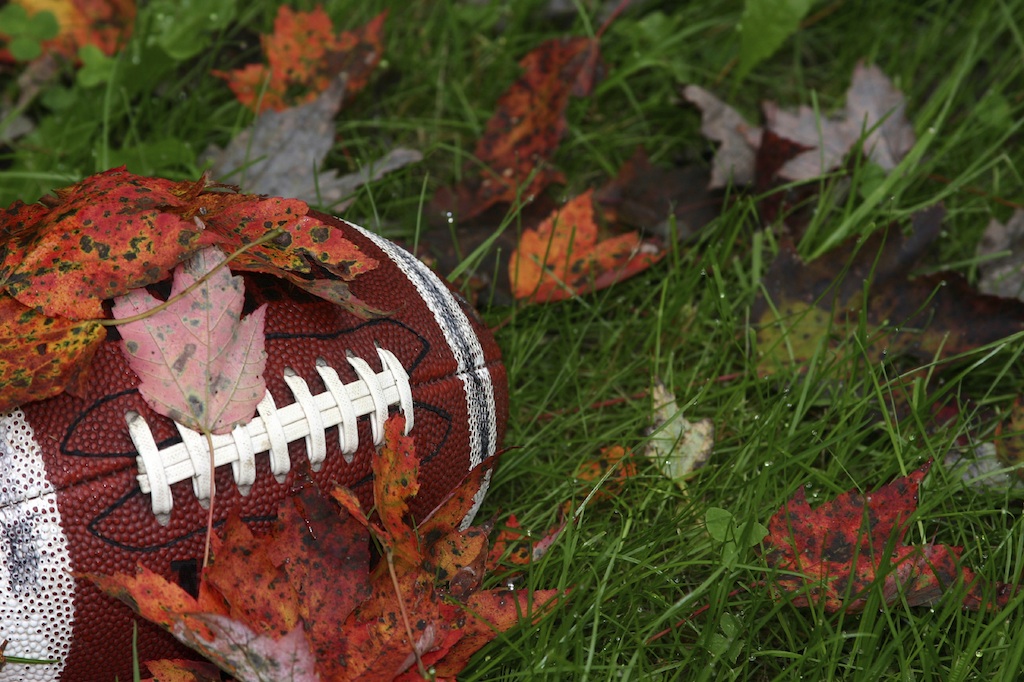